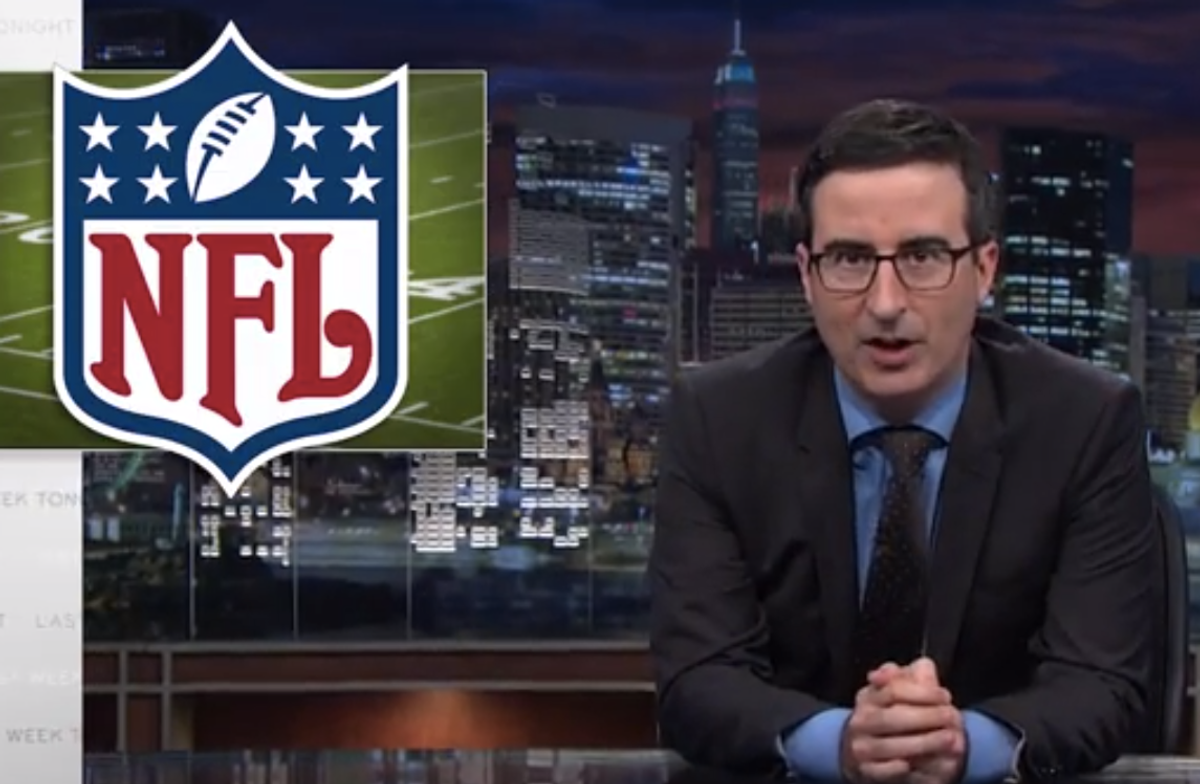 On Sunday, John Oliver dissected NFL commissioner Roger Goodell's 45-minute press conference regarding the many domestic abuse allegations that have rocked the NFL as of late.

Oliver, like the rest of us, learned nothing. "And in so saying I have effectively made sounds, which when put together constitute words, which can then be turned into sentences, which make noise that travel into your ears, and that's 45 minutes," Oliver mocked. "I've done it. Goodell out!"