John Holdren is Sisyphus, "charged with the impossible task of pushing a million pounds of idiot up a mountain" 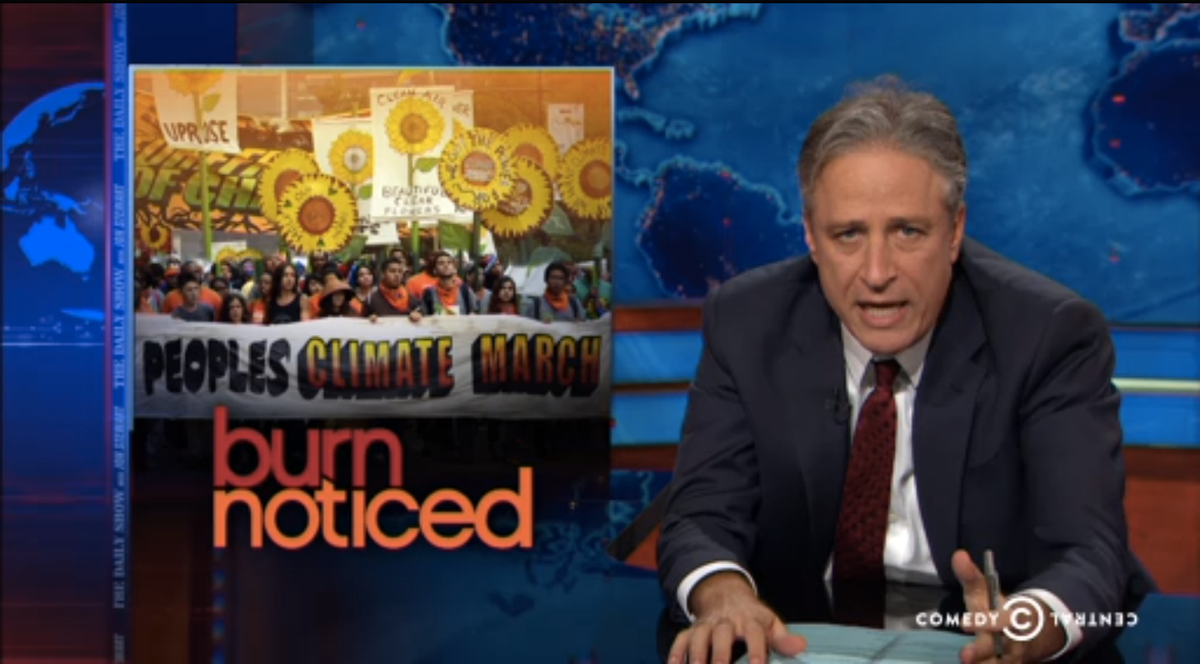 On Monday evening's edition of "The Daily Show," Jon Stewart spoke about the People's Climate March and the massive outpouring of support for the cause. Summits to discuss climate change are great, he says, but do we even need them? Surely, everyone believes in climate change! Everyone, he notes, except for the United States House of Representatives Committee on Science, Space and Technology.

The actual hearing is worth watching below, because the patient explanations from Holdren paired with the idiotic, persistent questions from the congressmen are amusingly similar to that of a parent and a child who has just learned what a question is.

Watch the hearing below.