Obama's latest ISIS address: How what he didn't say was so telling

Judging by what he said about the new war Tuesday morning, the president doesn't think Americans are listening 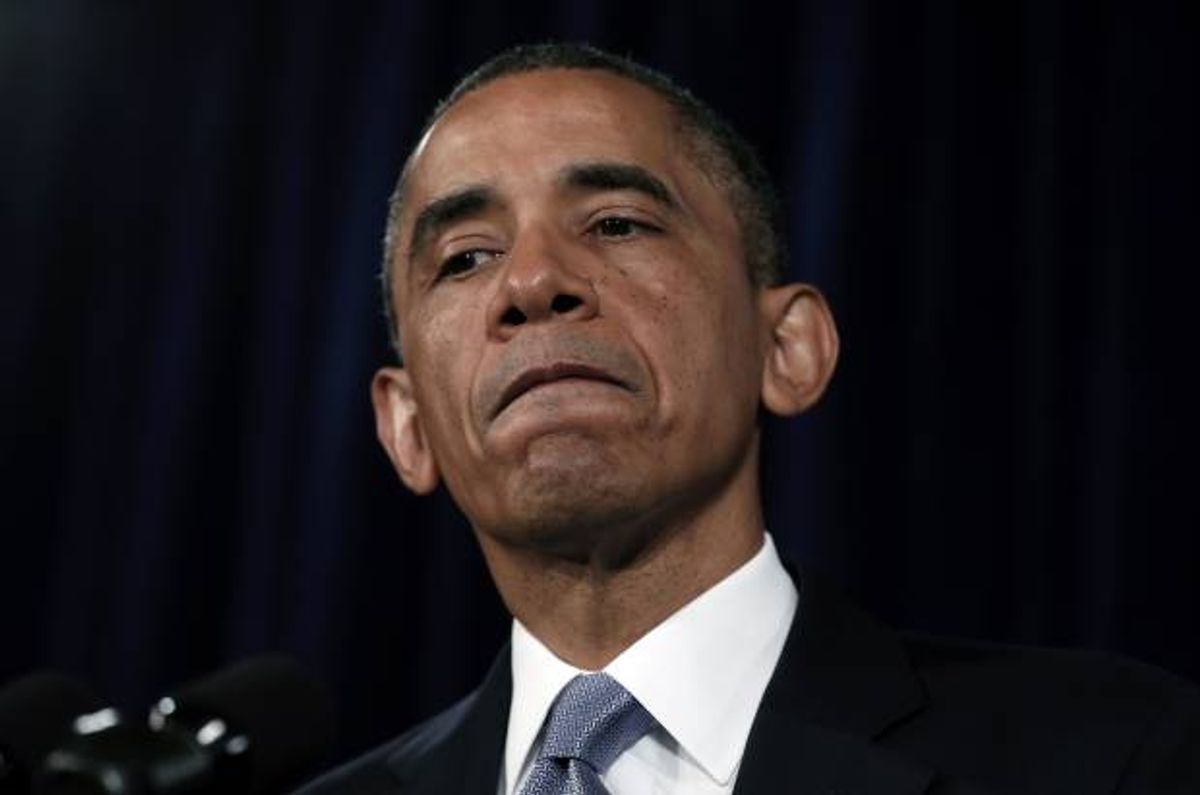 For the most part, President Obama's remarks Tuesday morning on the bombing campaign against ISIS (a.k.a. ISIL), which began in earnest Monday night, were exactly what you'd expect. The president spoke of the U.S.'s decision to "take action" against the Islamic extremist group and emphasized, repeatedly, that the latest round of bombing was undertaken not by the U.S. alone but with "a broad coalition," one including "Saudi Arabia, the United Arab Emirates, Jordan, Bahrain, and Qatar" (read: Sunni Muslims). He then concluded by announcing plans to consult with new Iraqi Prime Minister Haider al-Abadi, as well as by reiterating his commitment "to do what’s necessary to take the fight to this terrorist group."

Yet even if the president's remarks about bombing ISIS differed little from what many observers expected, that doesn't mean they were insignificant or without value to those of us trying to understand the weird, muddled and thoroughly irrational politics of counterterrorism and national security. On the contrary, you could argue that because the president's statement on Tuesday was his first since the assault on ISIS was expanded into Syria (which is the most significant recent change in U.S. policy), it was the most important thing he's said thus far about his new "campaign." And if Americans take a close look at Obama's words, I don't think they'll like what they see.

If you filter out the usual bromides about the professionalism and dignity of the U.S. Armed Forces and the bipartisan nature of Congress's support, the main message the White House seems to be trying to convey is that the latest round of missiles sent by American forces towards a predominantly Muslim population has, this time, unlike in 2003, been dispatched with the approval of various (autocratic) governments currently run by Sunni Muslims. "America is proud to stand shoulder-to-shoulder with these nations on behalf of our common security," the statement reads. "The strength of this coalition makes it clear to the world that this is not America’s fight alone."

In general, rhetoric promoting the shared interests of people in the Middle East and the West is standard Obama fare, with its most definitive manifestation remaining his would-be landmark address in Cairo in 2009. What's striking about his decision to frame the ISIS attack this way, though, is the context: Obama didn't say this in Cairo, or Baghdad, or in any other major city in the Middle East. He said it from the South Lawn of the White House. To put it bluntly, while you'd expect the president to emphasize the number of Sunni authorities on his side during a speech to a Middle Eastern or Muslim audience, you'd think a presidential address that is ostensibly directed toward the American people would be more focused on their concerns.

I don't bring this up because I think the president is overly concerned with global Muslim opinion or the way his actions in Syria and Iraq will be interpreted by the innocents who live there. His concern is warranted, not only on a moral level but on a simple pragmatic level (pace the neoconservatives and the liberal hawks, viewing the world as an endless Manichean conflict between the U.S. and the Today's Ultimate Manifestation of Evil is not in the U.S. interests). Rather, I bring it up because I think it's an arresting reflection of just how much the endless conflict formerly known as the war on terror has become just another piece of dissonance in the background noise of most Americans' lives. We've become so used to seeing headline after headline about U.S. forces taking out this jihadists we've never heard of, a new war barely makes a dent.

Keep in mind: We're mere weeks away from a midterm election in which control of the U.S. Senate is up for grabs, and the Democrats' chances of maintaining control of at least one chamber of Congress during the last two years of Obama's presidency are very much in doubt. If the famously, at times aggravatingly, cautious Obama believed spurring a new war would hurt his party's chances of surviving November, you'd hear that anxiety in his statement, through promises not to put "boots on the ground." The fact that White House pollsters and message gurus determined Americans weren't likely to pay enough attention to the statement to warrant addressing their concerns as well as those of the Muslim world is deeply telling.

By the way, Obama also mentioned in his address that the U.S. had attacked Khorasan, "a militant group," according to the New York Times, that the administration claims was run by al Qaeda "veterans" who were on the verge of launching a Western-directed attack. You've probably never heard of them before — the president didn't deign to mention them during his recent pro-war speech — and you probably never will again. Just another day in the war on terror.