Fox News host: We shouldn't do anything about climate change because ISIS is “chopping off people’s heads"

When a Fox News anchor says something isn't scientifically proven, you can probably bet that it is 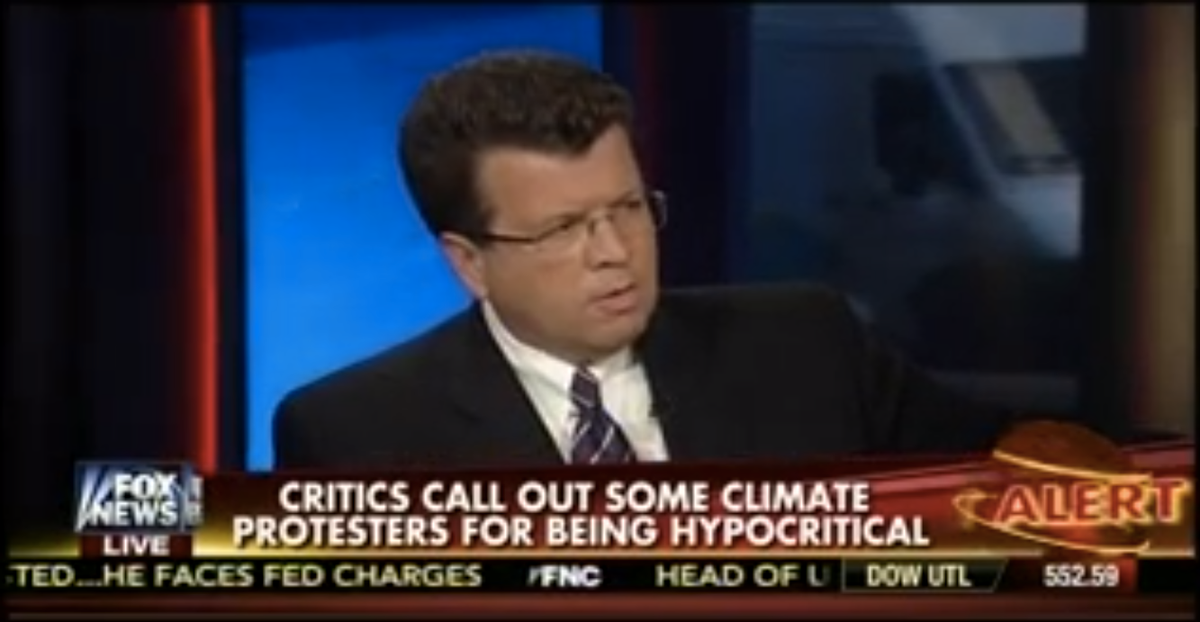 On Monday's edition of Fox News' "Your World With Neil Cavuto," Cavuto hosted a panel discussion about the "hippie hypocrisy" of the People's Climate March.

Ashley Pratte, the spokesperson for Young America's Foundation, was shocked by the amount of litter left behind after the protest. "Young people who are definitely out there who are using cellphones, who are drinking Starbucks, who litter, and they have zero personal responsibility when it comes to taking action for something they believe in ... How hard would it have been to find a receptacle to throw away your trash?"

New York Assemblyman Brian Kavanagh valiantly fights back: "To make a march where 3- or 400,000 people got together to make a broad point about how we should change our economy be either about a couple of celebrities or about a few people littering --"

"A few people? There were heaps of trash everywhere!" Pratte interjects.

"-- really is to miss the point. I've spoken with the people whose job it is to clean this up in the City of New York and they said that it was not in any way an unusual amount."

Cavuto interrupts the assemblyman to ask if fighting climate change should really be our No. 1 priority, even when ISIS is "chopping off people's heads."

"I'm not here to speak for people about whether it's the No. 1 or the No. 2 concern. Obviously I'm not going to suggest to you that we should not be doing something about global terrorism. But the simple fact is that there is a very broad consensus that the globe is warming and it's warming at a rapid rate ..."

"Why didn't you stick with warming?" says Cavuto.

"No, science actually doesn't show that," chimes in Pratte, yet again.

"I know you have a thing about climate change, being a clever alternate phrase," says Kavanagh. "I actually think it is warming, and it's warming consistently at this point."

Watch the video and wait for your head to explode out of frustration around the 2-minute mark.