America's dark economic secret: How a giant gimmick has wages and jobs hanging by a thread

Welcome to the "gimmick economy" -- where it's not about good products or labor, but something far more scary 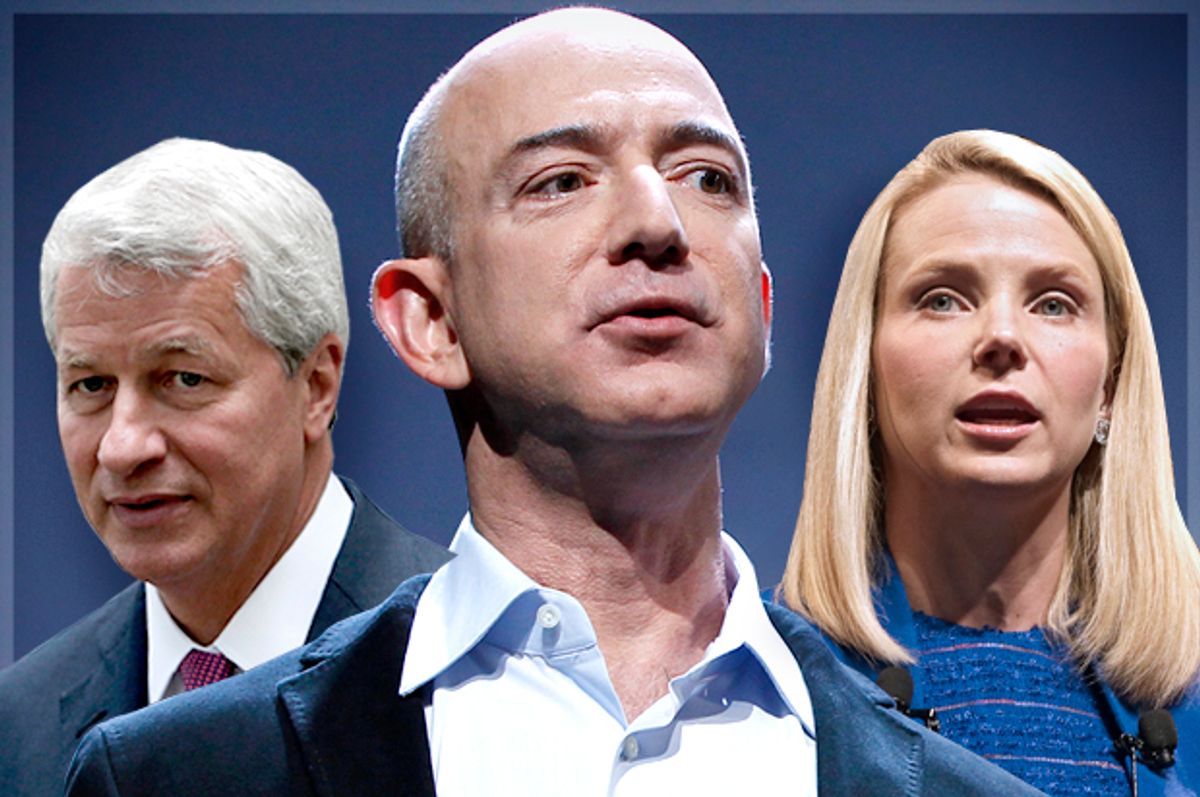 Treasury Secretary Jack Lew’s announcement of a series of new rules to reduce the financial incentives behind corporate inversions tells you a lot about where our economy sits right now. Productivity and growth scarcely matter as much as what I would call the “gimmick economy.” Companies now spend an inordinate amount of time figuring out not how to beat their competition, but how to prosper from tricks and loopholes their accountants find buried in the law. Every corporation has become, at the root, a financial company, adept at moving money around on paper and little else. And the government has to scramble in a never-ending race to keep up with the innovations.

To start with, understand what a corporate inversion is: an on-paper transaction involving a merger between a larger U.S. company and a smaller counterpart abroad. No worker moves overseas as a result of the merger. No production facilities or corporate offices transfer. Instead, the address on the corporate masthead changes from America to the low-tax alternative where the overseas company is headquartered. It’s a completely fictitious pretension, no different than if I used a handicapped placard to park in good spots everywhere I went, and then limped around after getting out of the car.

CEOs claim that America’s burdensome 35 percent corporate tax rate forces them to be creative, and in absence of fundamental tax reform, they must reluctantly renounce their corporate citizenship to stay competitive with their overseas counterparts. First of all, in actuality, corporate taxes are not much of a burden; thanks to all the loopholes and credits, corporations pay on average a 12.6 percent tax rate, according to a 2013 Government Accountability Office paper. Second, by that logic, if I think a bank vault unfairly denies me access to lots of money, I should be allowed to use creative strategies to bust it open.

In reality, corporations’ reasons to invert have nothing to do with staying competitive, as USC law professor Ed Kleinbard explained in a recent paper. It’s merely about preventing the unintended consequences of one gimmick, by loading up on another gimmick.

You see, multinational corporations have more than $2 trillion parked offshore, money that was either earned through foreign subsidiaries, or from a series of tax-sheltering strategies. That money, in theory, cannot be transferred to their American operations – in particular, to reward executives and shareholders – without paying a tax. Corporations therefore defer repatriating these profits, and the money remains “trapped” overseas, although the bulk of it is actually invested in things like Treasury bonds, earning modest interest amid the tax avoidance.

Corporations first tried to deal with this through public whining, claiming that they could not reinvest in America without bringing this money home tax-free. In 2004, Congress approved a tax amnesty on offshore cash, but the $300 billion repatriated did not go to investment or growth, but mostly to stock buybacks and dividends to goose share prices.

The 2004 amnesty led corporations to assume that they could simply stockpile money out of the U.S., and beg Congress for another reprieve. But Congress, incredibly, learned a lesson, and never allowed repatriation again.

So inversions became a second option for trying to unlock overseas cash. Once corporations establish a headquarters offshore, they can basically funnel money into it to avoid taxes, in a number of ways. They can make loans from the offshore cash into their new foreign parent company, “hopscotching” the U.S. tax system. They can strip earnings from their domestic operations and, through accounting tricks, pretend they were earned overseas, again passing them along to the foreign parent. They can spin out their assets to a shell company built in a tax haven (known as a “spinversion”) to facilitate the earnings stripping and hopscotch loans.

In all cases, the goal is to get as much money into the lowest tax treatment as possible. And it won’t surprise you to know that Wall Street, which facilitates all these mergers, makes a tidy profit in the exchange, nearly a billion dollars in the past three years.

With the new regulations announced Monday, the Treasury Department will attempt to stop some of these transactions, though not all of them. The rules attack hopscotch loans by making the inverted company liable for taxes when they try to take deferred profits from a subsidiary. They prevent pass-throughs of stock or property into foreign parent companies to avoid taxation. And they try to prevent spinversions into a third-party shell corporation. But Treasury did not try to reduce incentives for earnings stripping, the ways in which inverted companies shift money into the foreign parent and lower the tax bill on their U.S. earnings.

Victor Fleischer, a tax law professor at the University of San Diego, told Salon, “It should shut down a few deals but not all. It’s not as aggressive as the Treasury could have been, but far better than doing nothing.” You’ll be shocked to learn that the Obama administration found a middle path on a policy.

You can read tons of articles debating the administration’s anti-inversion strategy. But let’s look at the big picture of what these inversions signify. Corporations, at great effort and expense, have figured out how to pretend to be domiciled overseas to save money. The government, through similar effort and expense, cuts off some of the benefits. Presumably what happens next is that corporations engage in another round of scouring the tax code for some other way to profit. And government has to chase that. And so on.

So many resources go to financial engineering that research and development or capital investment, things that circulate money through an economy, ends up withering. The gimmick economy values tax arbitrage or pretend growth to actually out-achieving business competitors. The stock price, and how to game it, becomes an end goal for executives who are typically paid based on how well the stock performs. CEOs with backgrounds in investment banking become more valuable than those with experience in the corporation’s actual industry.

This myopic preference of the short-term over the long-term goes a long way to explaining why we have a Main Street economy with stagnant wages, weak job security and an inability to get ahead. All the money gets tied up in financial game-playing to goose short-term values. And the powerful actors who created this system don’t want it to change.

Congress can end this gimmick on inversions by deciding that, if a company is managed in the United States, it’s American, regardless of the address on the letterhead. Hilariously, they may get it done by threatening a bunch of other corporate gimmicks. Corporations want Congress to retroactively extend a bunch of tax breaks that expired at the end of 2013 in the lame-duck session. Democrats may link those tax extenders to anti-inversion legislation, forcing corporations to choose between which set of tax breaks they want to keep.

But the larger point holds. Until we end this over-financialization that has crept into every aspect of our economy, corporations will simply move from one gimmick to the next.