My kids asked why I was on TV: A chat (and a cry) with the man who can't stop orgasming

Dale Decker's story of persistent, uncontrollable arousal has gone viral -- and the attention comes at a high cost 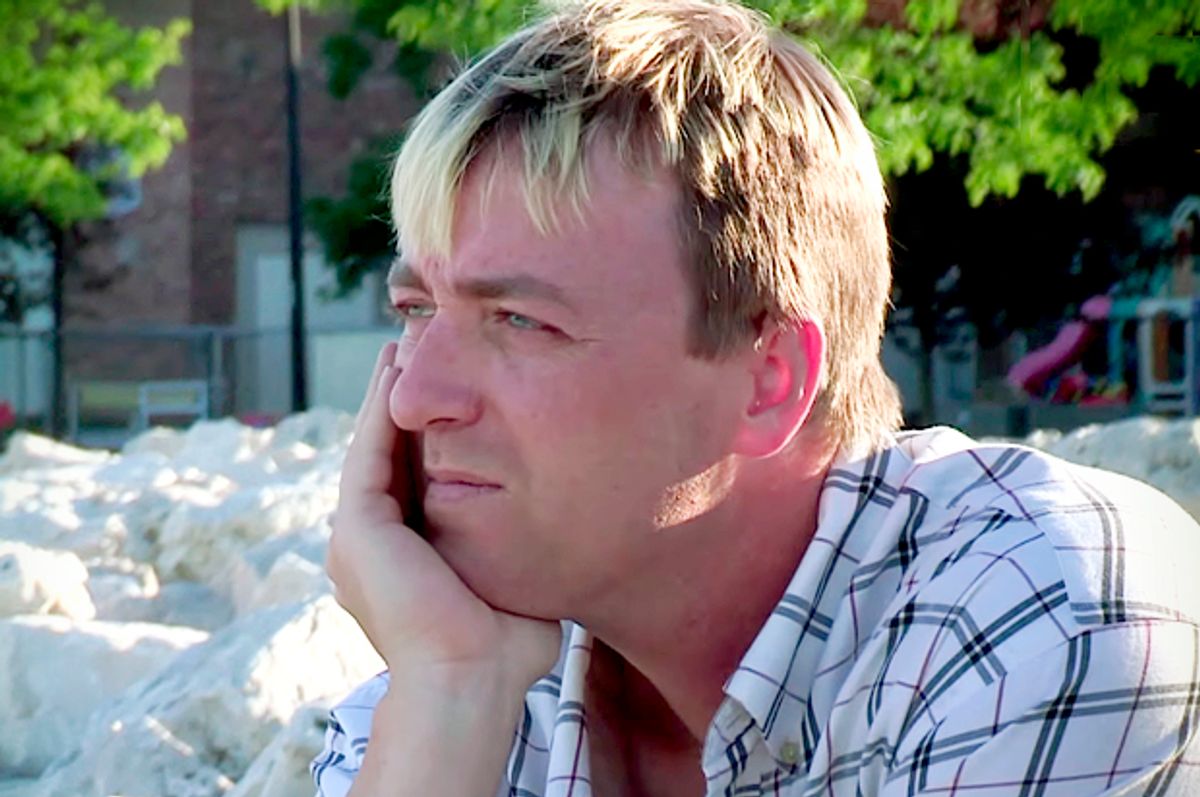 Like hundreds of other reporters around the world, I gave Dale Decker a call in hopes of an interview. The 37-year-old Wisconsin man made headlines this week after appearing in a segment to talk about a peculiar back injury that causes him to have as many as 100 uncontrollable and spontaneous orgasms a day. Overnight, this father of two became tabloid and late night fodder -- all because of a painful and debilitating, not to mention humiliating, condition known as Persistent Genital Arousal Syndrome. The only reason he did the now-viral TV interview in the first place was to raise awareness about the condition and, most important, to get some help.

So it's no surprise that when I ended up on the phone with him, it wasn't long before he started crying.

I had a 15-minute conversation with Decker, but you'll notice that, per his request, there are no direct quotes in this article. He only gave me permission to relay what I'd gathered from our conversation -- largely because there are TV exclusives in the works -- and that's that this poor man is having a very tough time. The other day, his kids, whose names have been published by the press, came home from school asking why everyone's talking about their dad being on television. (They were told that it's because of Dad's back injury.) Reporters call him nearly every minute of the day -- more than 10 called during our short conversation. Decker's home address is widely available. The press is digging up everything they can from his past. A once private person is suddenly a public figure. And he didn't expect any of it.

That's not to mention the insensitivity of the Internet -- and, well, the world at large. He was none too pleased to find himself the butt of a joke on the Conan O'Brien show. An anecdote he shared about the darkest moment of his life -- having nine orgasms at his father's funeral next to the casket -- has been greeted with hysterical laughter rather than sympathy. I will personally cop to tweeting out that most-alarming quote from the TV interview. I did so with a combined sense of horror and, well, incredulous amusement. We laugh at what we don't understand and what makes us uncomfortable -- and the idea of uncontrollable and debilitating orgasms certainly falls into both categories. It upends the idea of orgasms as agents of pleasure, connection and transcendence. I also suspect that nervousness and anxiety prompt giggles over Decker's predicament -- after all, most of us know, and maybe even fear, the supreme vulnerability of orgasms, the utter loss of control.

With his story taking off faster than he ever expected, Decker is experiencing a whole different kind of out-of-control. That's not to say the attention has all been negative -- dozens of doctors have contacted him with potential treatments -- or that Decker himself has no sense of humor about his condition. But consider this your reminder that the people who dominate Twitter and clog your Facebook news feed are real. They have feelings, even! So I challenge you, even for just a brief moment, to thaw your snark- and irony-hardened heart and not laugh about Decker's uncontrollable orgasms. Or -- because you're human too -- laugh, but show the guy some darned sympathy, too.