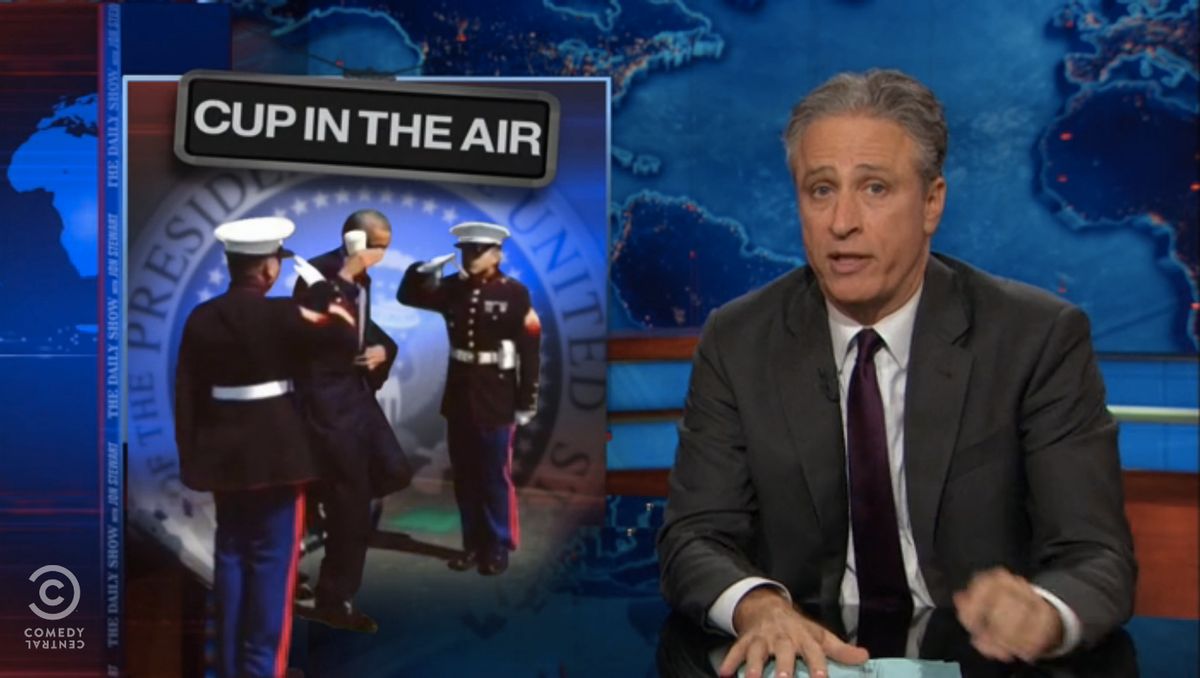 On Thursday evening's edition of "The Daily Show," Jon Stewart weighed in on the idiotic scandal that is the "latte salute." For those of you who have remained blissfully unaware of the incident, when President Barack Obama was debarking Marine One in New York, he saluted two Marines while he was buttoning his jacket and drinking some hot drink. As a result, he ended up saluting with his coffee hand.

We told you it was dumb.

"Shut up," Stewart said. "You don't really care about this! You have no principle about this. You're just trying to score points in a game no one else is playing."

He then references Eric Bolling's argument that Obama should show some respect for the men and women risking their lives for the country. In the same half-hour show, Bolling also referred to the first female Air Force pilot as "boobs on the ground."

"Fuck you and your false patriotism," Stewart responds.