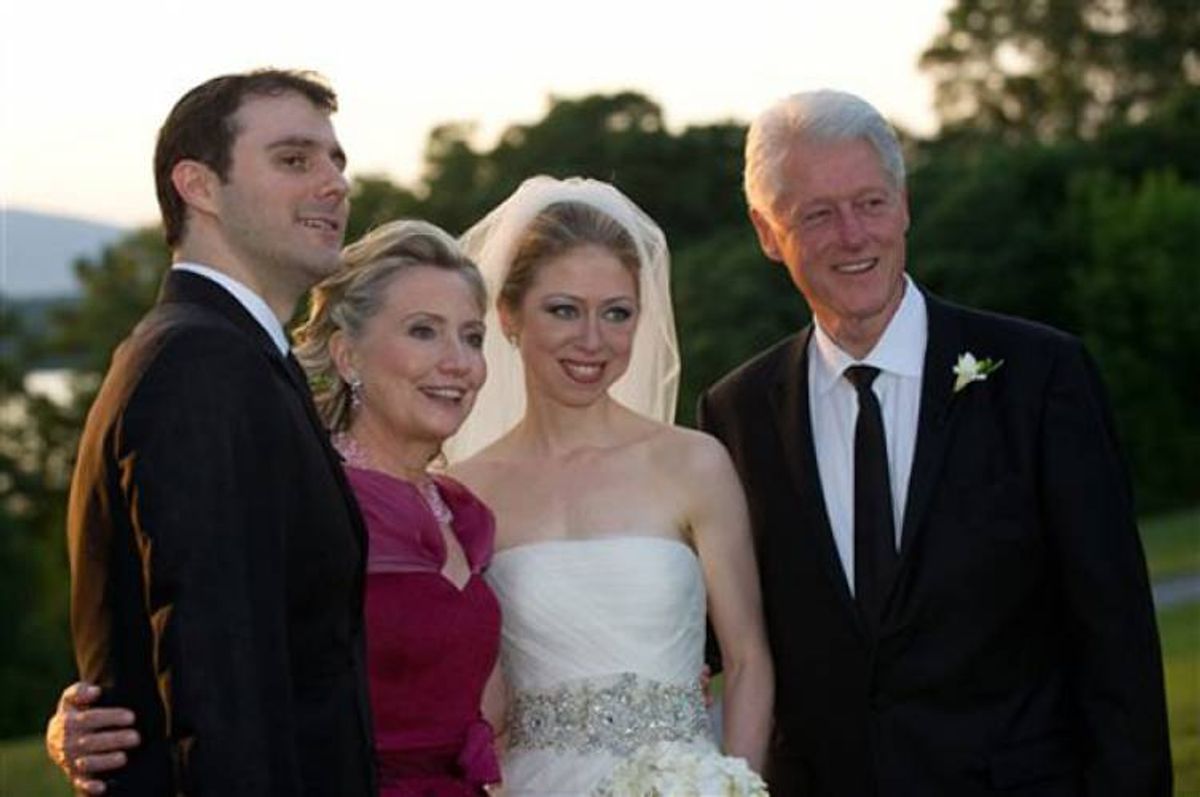 Politico is Driving The Conversation™ today with a new piece consulting “leading astrologers” on what the future holds for Charlotte Clinton Mezvinsky, the newborn daughter of Chelsea Clinton and granddaughter of the once-and-perhaps-future First Couple.

One week ago, you may remember, Politico tried its hands at some data journalism of sorts, sifting through the most popular baby names in Iowa and New Hampshire to figure out what Chelsea should name her then-unborn baby if she wanted to maximize her mom’s presidential prospects.

As it happens, Charlotte made the top 10 list for girls in both states. Presumably, the think piece on why this proves how calculating and hyper-politicized the Clintons are is still going through final edits. So we’re left, until then, to ponder what the stars have in store for the presumptive 2060 Democratic presidential nominee.

“Leading astrologers say,” Politico’s Kendall Breitman reports, “that Charlotte Clinton Mezvinsky is destined for a future working on social justice and will enjoy a strong relationship with her proud grandparents, Hillary and Bill.”

Do-gooder scolds might lambaste Politico for deigning to run such a piece – but it’s very much in keeping with the publication’s core mission. “We created POLITICO,” editors John Harris and Jim VandeHei state, “with a simple promise: to prove there's a robust and profitable future for tough, fair and fun coverage of politics and government.” True to form, Politico took care to consult “leading astrologers” for its story. The competition might speak to the dime-store variety; Politico talks to the high-quality kind Nancy Reagan might have hired to arrange her husband’s schedule.

What do we learn? John Marchesella of something called the National Council for Geocosmic Research tells Politico that Charlotte “is likely to have political leanings.” No David Broder, she!

Astrologer Ophira Edut, meanwhile says that Charlotte “really will be ‘Billary,’ because she is going to have [Bill Clinton’s] charm and likability and Hillary’s sort of focus and intensity and desire to make things happen, so it’s going to be an interesting combo.”

You know, two for the price of one.