The real life cycle of a Congressional bill ends in death 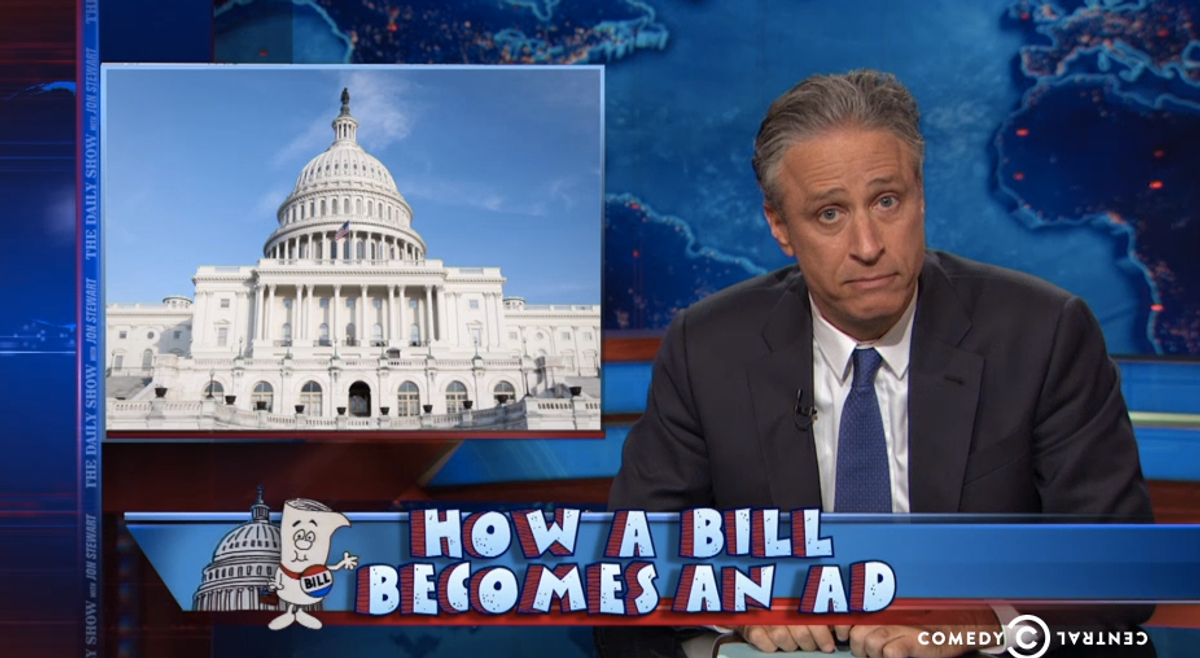 For the second night in a row, Jon Stewart has picked on the political inaction and general incompetence of America's Congress. On Monday night, he mocked politicians for delaying a vote on ISIS. On Tuesday night, he lambasted both Republicans and Democrats for being unable to work together to pass bills.

To make his point, Stewart presented an update version of the classic "Schoolhouse Rock" song "I'm Just a Bill" to reflect modern times. Spoiler alert: In Stewart's version, the bill dies (or worse, becomes an ad).