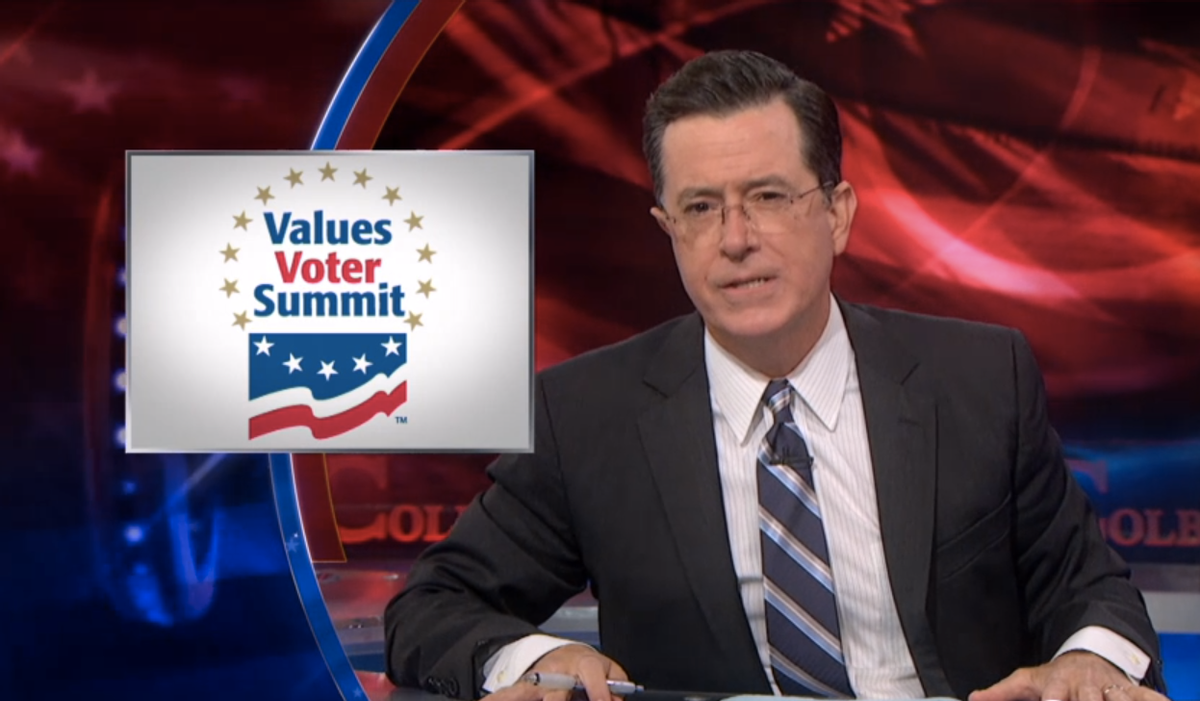 But the speeches were just part of the Values Voter Summit. It also holds the first large straw poll for presidential candidates.

Colbert's pick for 2016 is Bobby Jindal, who came in fourth. But Jindal has some skeletons in his closet. As Colbert explains, "He's an academic."

Watch to find out what Jindal is doing to revamp his image: