"Was [Anderson Cooper] the golden boy everybody thought he was? I didn't see much evidence of that in the ratings" 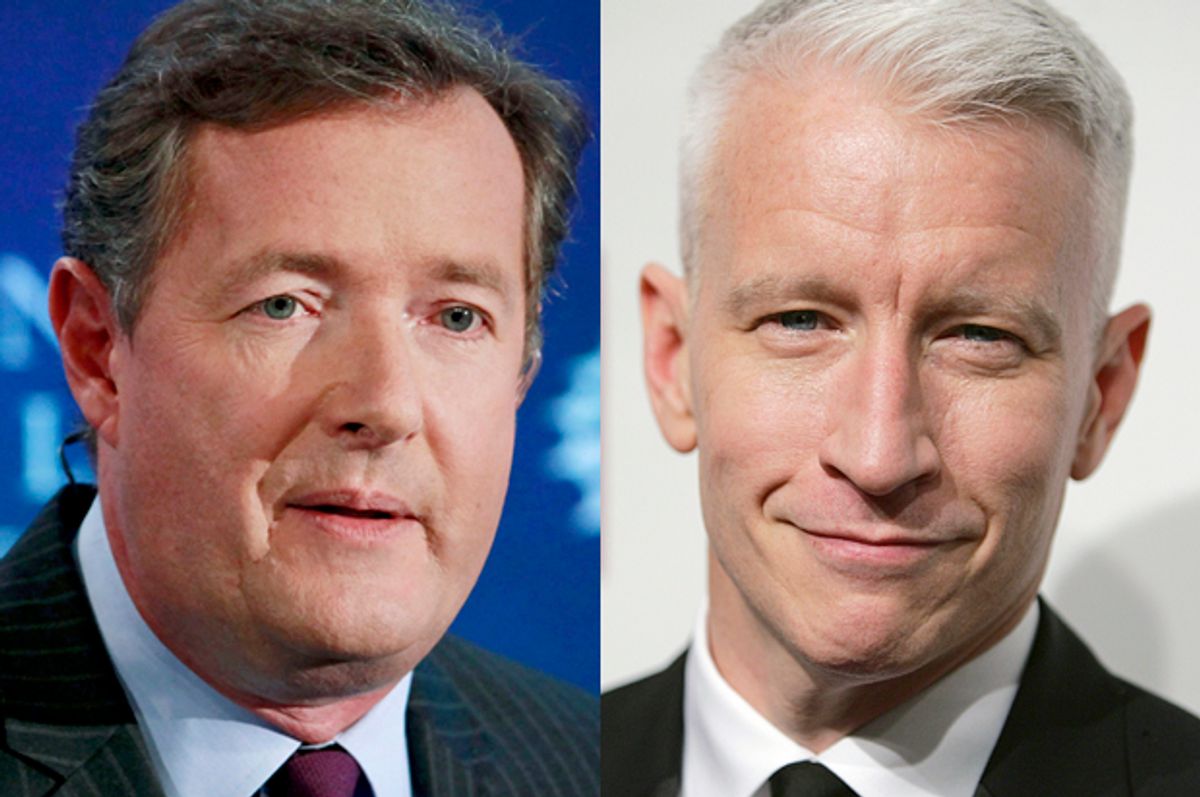 Piers Morgan can't decide how he feels about his time at CNN. In an interview with POLITICO, he discusses just how complicated his feelings are, especially when it comes to his recently-cancelled show's ratings.

"I've always felt that CNN should be more resilient to media criticism about monthly or quarterly ratings," he said. "Ted Turner once described CNN to me as The New York Times of television. We don't care about chasing ratings or chasing readers. We care about having a brand that is so trusted that whenever anything important happens in the world, people turn us on."

"If I was running CNN, if I was Jeff Zucker,"  Morgan continued, "I would come out and do an interview with someone like you, and I would say, 'I'm not going to discuss ratings again. Our business proposition is not predicated on ratings, our global brand is not dependent on how we rate at 9 p.m. in America."

Still, Morgan is clearly bitter about his low ratings, and places the blame largely on Anderson Cooper for being a bad lead-in.

“Could I have done with a better lead-in? Yes,” Morgan said. “Anderson is a great field reporter, but does he drive big ratings at CNN, outside of a big news cycle? I don’t see any evidence of it. And yet the whole bank was being bet on him at 8 and 10 o’clock."

“I never bought into that as my best way of getting ratings” he continued. “You look over at Megyn Kelly on Fox News and she’s inheriting 450,000 or 500,000 from Bill O’Reilly in the [25-to-54-year-old] demo, and some days I’d be getting 60,000. That’s not to denigrate Anderson so much, because I think he’s pretty good at what he does. But was he the golden boy everybody thought he was? I didn’t see much evidence of that in ratings.”