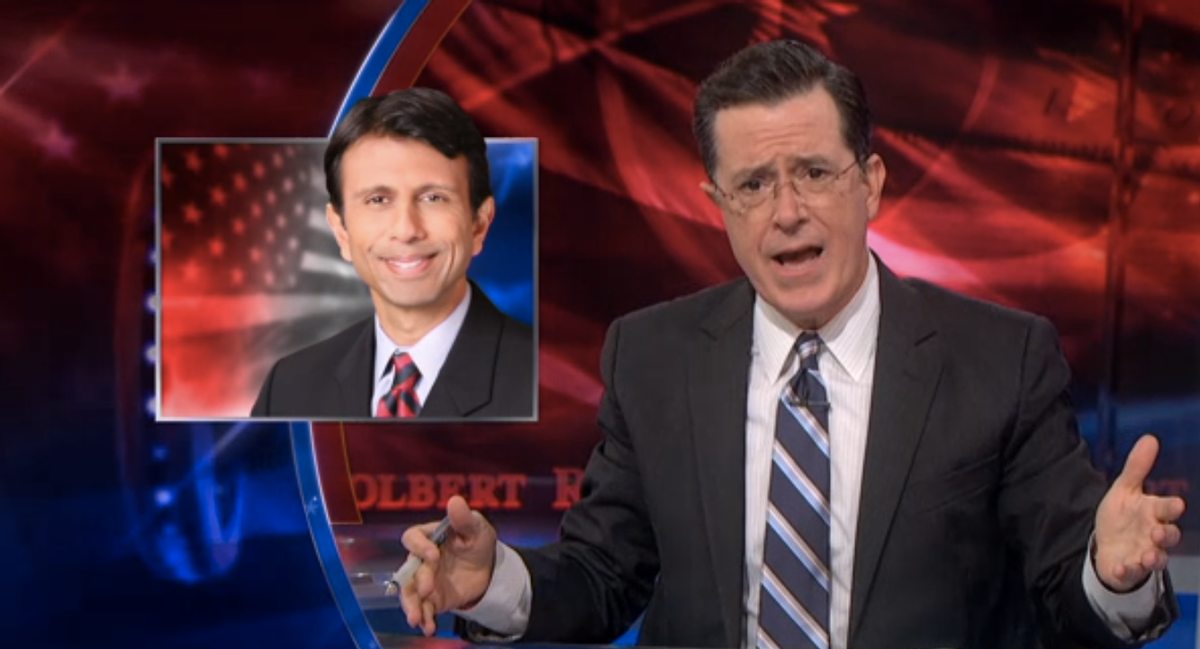 Louisiana Governor Bobby Jindal is not pleased with Stephen Colbert, and he attempted to go after the fake-news host on Twitter. It did not go well.

Earlier this week, Stephen Colbert did a fantastically hilarious segment on the 9th Annual Values Voter Summit. There he pointed out not only Sarah Palin's embarrassing gaffe, but Bobby Jindal's apparent attempt to appeal to the average Joe. The segment, if you missed it, is below:

In a series of tweets Jindal offered his rebuttal and then attempted to insult the comedian:

*This post previously mentioned a Georgia congressman. It is actually a parody account. Salon regrets the mistake.