"If you've been paying attention to the news lately, you might have heard, we're all going to die" 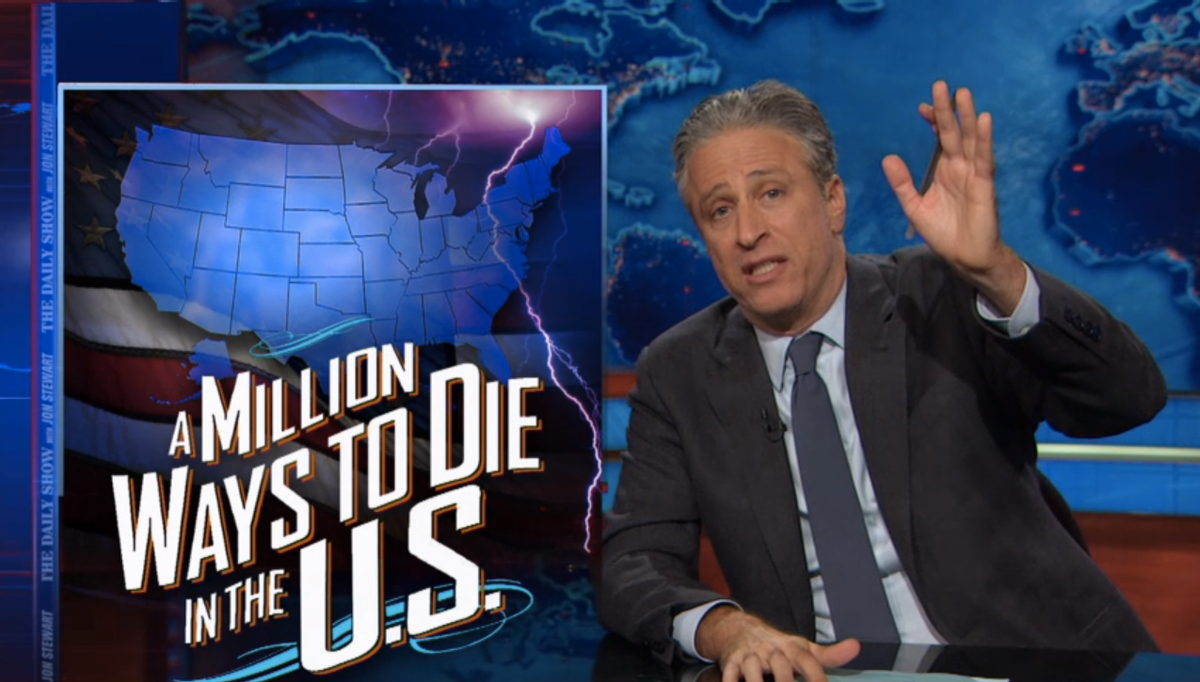 "Whatever it takes!" Jon Stewart exclaimed Thursday night on "The Daily Show." He was referring to fervent GOP pundits demanding that the government do everything it its power to stop ISIS, strengthen the border (multiple fences!) and keep out Ebola.

"The Government has an obligation to do whatever it takes to protect American lives.*" Stewart continued.

Of course, in the eyes of the GOP, this government provided protection comes with a caveat: It doesn't include protecting Americans from the number one killer, heart disease. Nor are pundits calling for protection from something that kills 88 Americans per day -- gun violence. And goodness forbid that we spend something or do anything to stop climate change, which is such a grave threat to the world. These real threats are exempt from the GOP's "whatever it takes" mantra.

And Stewart deftly points out the hypocrisy; watch below:

*As long as it's not telling people what to eat, or taking away guns or involves helping stop climate change.