I beat my fear of HIV: How a miracle drug changed my life as a gay man 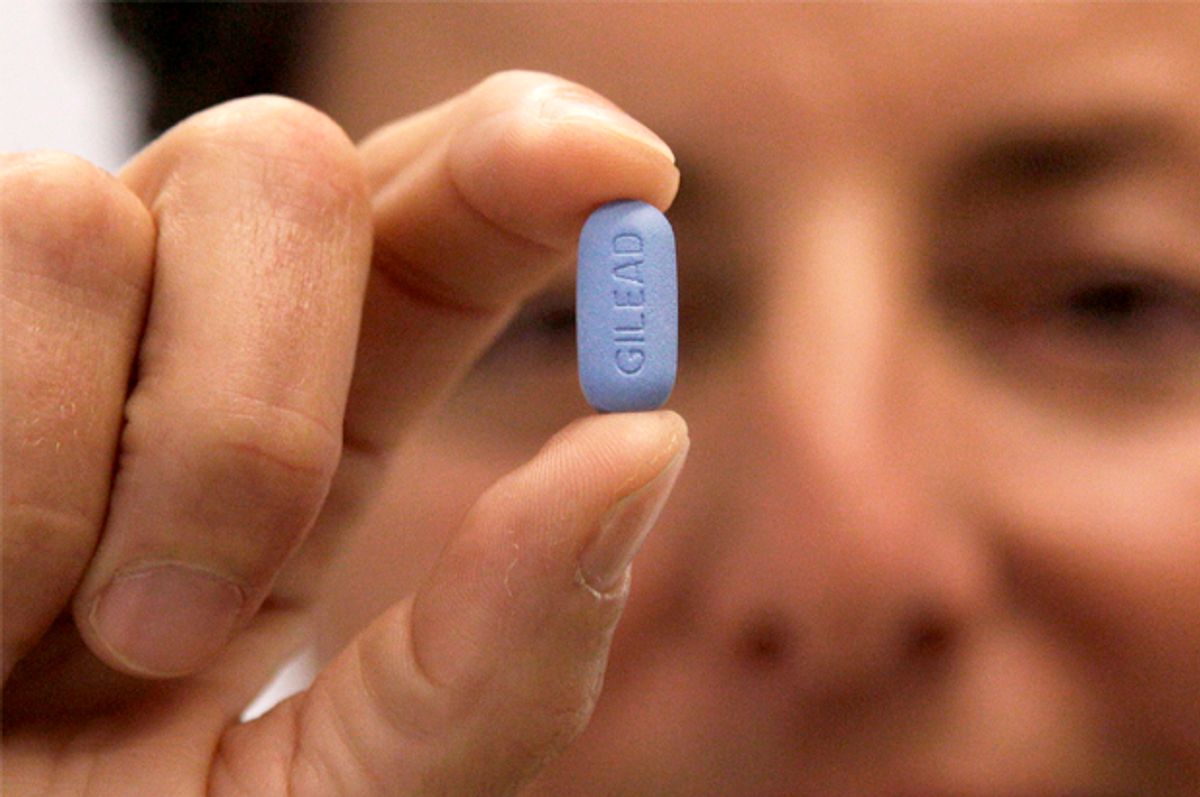 As a gay man who came of age at the tail end of the AIDS crisis — at age 31, I’m young enough to have missed living through it, yet old enough not to have escaped its ethos — contracting HIV has long been one of my biggest fears. So much so that I would have a minor panic attack each time I took the blood test, and have trouble sleeping until the results came in a week later. Even when rapid HIV testing became widely available, yielding results in 20 minutes, I would still approach the doctor’s office with a sense of impending doom.

I think it’s hard for those outside the gay community, or health-care providers who experienced the AIDS crisis up close, to understand the hold AIDS continues to have on the gay psyche. An inert arrangement of molecules until it comes in contact with human cells, the HIV virus is no more capable of consciousness or intentionality than the flu — it’s not even alive. But however much I’ve come to accept my sexuality and be proud of who I am, in some dark billiard room of my subconscious always lurked the conviction that AIDS was the price I’d have to pay for being gay.

Which has made the three days since I began taking Truvada dislocating. Long used in the treatment of HIV, Truvada was approved by the Food and Drug Administration in 2012 to prevent infection with the virus. When taken daily, the drug has been proven to be 100 percent effective in blocking transmission of HIV. For the first time in my life, I have as close to a guarantee as anyone can have of never catching the virus.

But if Truvada has, as the headline of  New York magazine's cover story in July put it, made it possible to have “sex without fear,” why have only a few thousand people signed up to take it in the two years since it was approved? And, more pressingly, why have public-health organizations not launched a massive campaign to get at-risk groups on the drug, which is covered by most insurance plans as well as Medicaid and Medicare?

It’s hard to miss the fatal flaw in Truvada skeptics’ argument: If you don’t trust gay men to adhere to the regimen for taking the drug, how much more sense does it make to rely on them to use condoms when passion strikes?

Let’s be frank: While the public-health campaign for safe sex has helped reduce infection rates, it has failed to halt the spread of HIV. Advances in treatment — which at least in developed countries have made infection with HIV a chronic disease rather than a death sentence — along with “condom fatigue” have led an increasing number of gay men to engage in unsafe sex. Because of this, infection rates have begun to soar, particularly among those younger than 24. Public-health officials should continue to push for condom use, but it is highly irresponsible for them not to employ Truvada as an additional tool in combating the epidemic.

While a number of studies have shown Truvada use does not lead to “risk compensation,” I find it hard to believe that the drug’s added protection won’t encourage some gay men to take liberties. But even if they do, widespread use of Truvada among the gay population — even if some don’t take the drug every day like they’re supposed to — would provide enough “herd immunity” to dramatically reduce the infection rate, if not stop the spread of the disease altogether.

For gay-rights activists who spent decades fighting to make condom use a social norm among gay men — it is now as much a token of one’s membership in the community, a symbol of being a “good gay,” as it is a defense against STDs — the approval of the drug and those promoting its use also represent a kind of betrayal. “There’s something to me cowardly about taking Truvada instead of using a condom,” AIDS activist and ACT UP founder Larry Kramer told The New York Times in May. “You’re taking a drug that is poison to you, and it has lessened your energy to fight, to get involved, to do anything.” While Kramer doesn’t go as far as some veterans of the AIDS fight in portraying the approval of Truvada as a conspiracy between the FDA and the drug companies to make money, he regularly — and bizarrely — refers to the drug as “chemotherapy” despite the numerous studies showing long-term, daily use of the drug comes with few side effects.

I can sympathize with the skepticism of those who lived through the height of the AIDS epidemic, and understand their enduring distrust of the slow-moving institutions that deepened the crisis back in the 1980s and 1990s. But the fact that HIV/AIDS activists and public-health organizations haven’t jumped to promote the use of Truvada is nothing short of insane. As gay blogger and former editor of The New Republic, Andrew Sullivan, pointed out, if someone had run into the headquarters of the Gay Men’s Health Crisis in the early 1980s with news of a pill that could block infection, it would have been considered a miracle.

If we are ever to succeed in stopping the spread of HIV, AIDS and gay-rights activists must fight to make Truvada use as common and normative as condom use.

Truvada’s great promise should not, however, serve as an invitation to forget the lessons of the AIDS crisis, or to fail to pass those lessons on to those too young to have been directly affected by it. For one thing, the drug does nothing to stop gonorrhea or syphilis; infection rates for these two sexually transmitted diseases, which are increasingly resistant to treatment, are also on the rise.

Initially skeptical, gay sex columnist and radio host Dan Savage says the increasing number of studies showing the efficacy of Truvada have led him to back the drug, and to recommend more gay men use it. But he urges caution. “I worry about people lowering their guards … about recreating, as Michael Callen wrote in "Surviving AIDS," the ‘disease settings’ that rolled out the welcome mat for HIV in the first place,” he says. “It would be foolish in the extreme to return to the kind of sex culture that gay men created in the 1960s and 1970s.”

“The emergence of a previously unknown and potentially fatal STD is a thing that happened, and it’s a thing that can happen again,” he adds.