Police can currently seize your assets without a conviction of a crime. John Oliver wants to put a stop to that. 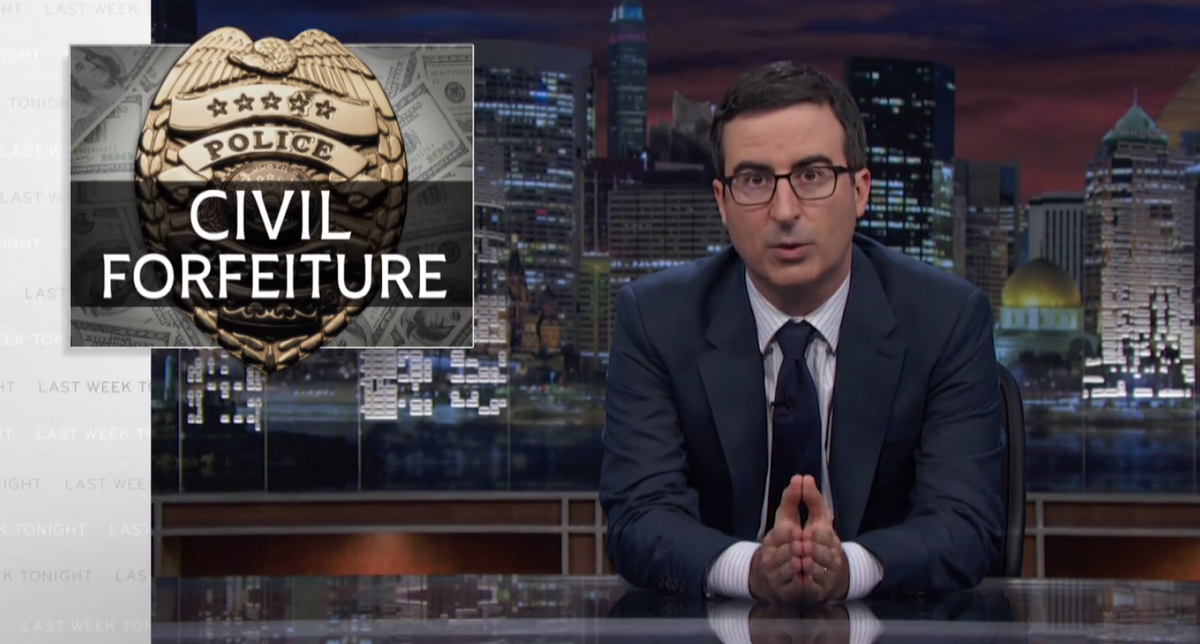 John Oliver has yet again serviced journalism under the veil of comedy by devoting 16 minutes to civil forfeiture, a practice that allows law enforcement to seize property without conviction of a crime.
Highlighting several cases of civil forfeiture around the country, Oliver reveals that police are actually incentivized to take someone else's assets (even without cause) because there is little to no risk involved. Then Oliver called on America's favorite meme Jeff Goldblum to illustrate how badly we need reform.