Bill O'Reilly to Ben Affleck: ISIS would behead you "in a heartbeat" 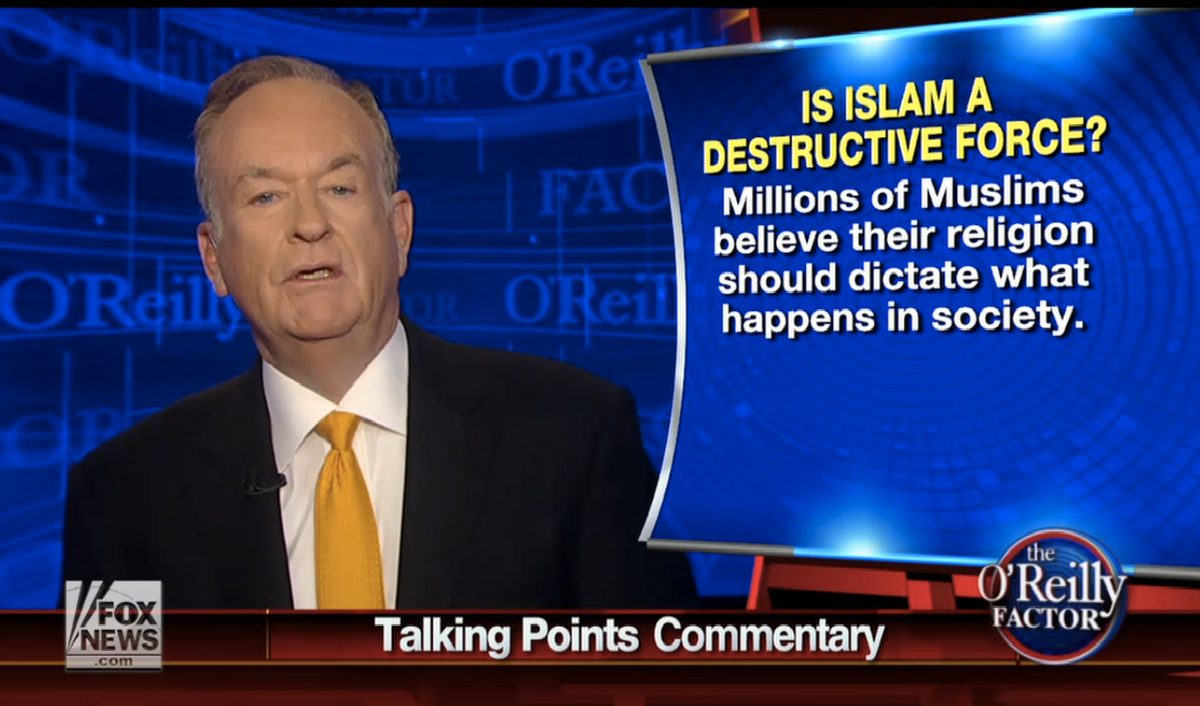 On Monday's "The O'Reilly Factor," Bill O'Reilly weighed in on this past weekend's on-air spat between Bill Maher and Ben Affleck over radical Islam.

In the "Real Time with Bill Maher" segment, Maher and author Sam Harris made the argument that Islam contradicts liberal ideals. Islam, Maher said is “the only religion that acts like the mafia, that will fucking kill you if you say the wrong thing, draw the wrong picture or write the wrong book.”

"Islam, at the moment, is the motherlode of bad ideas," Harris stated.

Affleck vehemently disagreed with their line of speech.

O'Reilly ultimately sided with Maher in the debate, and issued an odd warning to Affleck.

"Mr. Maher is correct on the overall effect Islam is having on the world right now," O'Reilly explained. "The truth is militant Islam continues to drive worldwide terrorism and have plenty of sanctuaries from which to commit their evil."

"Ben Affleck should well understand that he himself would be beheaded in a heartbeat by these ISIS animals," he continued.

Watch the video below from "The O'Reilly Factor":