"If I die, then I die": Morrissey reportedly being treated for cancerous tissue

The musician reveals to Spanish newspaper, El Mundo, that he has had four "cancer-scrapings" 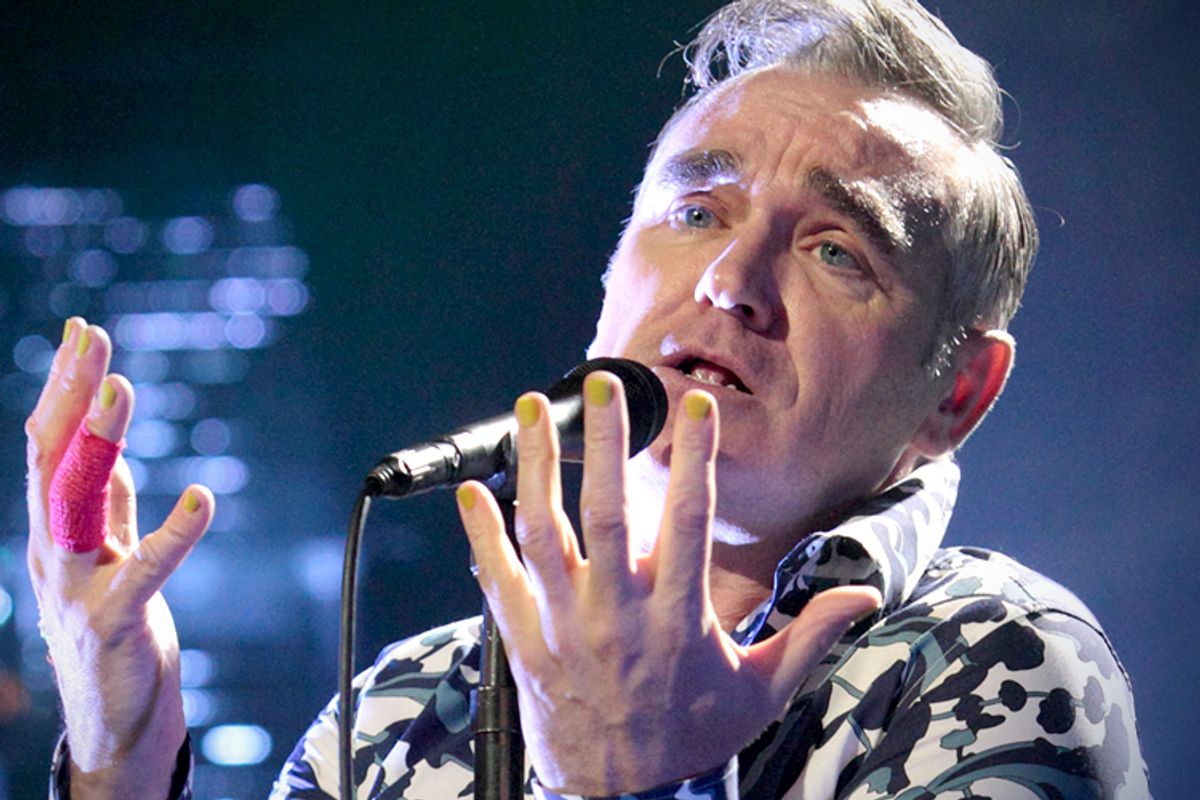 Morrissey is reportedly being treated for cancer, according to BBC. The former Smiths singer said in an email interview with Spanish newspaper, El Mundo, that he has had multiple "cancer-scrapings," as he described the procedure.

Morrissey was hospitalized due to a respiratory infection in Boston during in a tour in support of his latest solo record, "World Peace is None of Your Business," which was released in July. He later cancelled the rest of his tour dates. In August he was dropped by Harvest Records.

In terms of music Morrissey seems to be slowing down. The Mirror translated from El Mundo:

"I'm at an age when one should no longer be making music.

"Many composers of classical music died at age 34. And I'm still here, and nobody knows what to do with me. The audience that I have is very young, which leads me to think that the songs of the Smiths, as with those of the Ramones, are more significant now than before

"My novel is coming along well, but it would be presumptuous of me to talk about something that is not finalised yet. It will probably be published next year and with luck I will be able to stop singing forever, which would make many people happy!"