A brief history of Rock the Vote PSA millennial "icons"

Lil John's "Turn Down For What": just the latest installation in a long line of youth-pandering PSAs 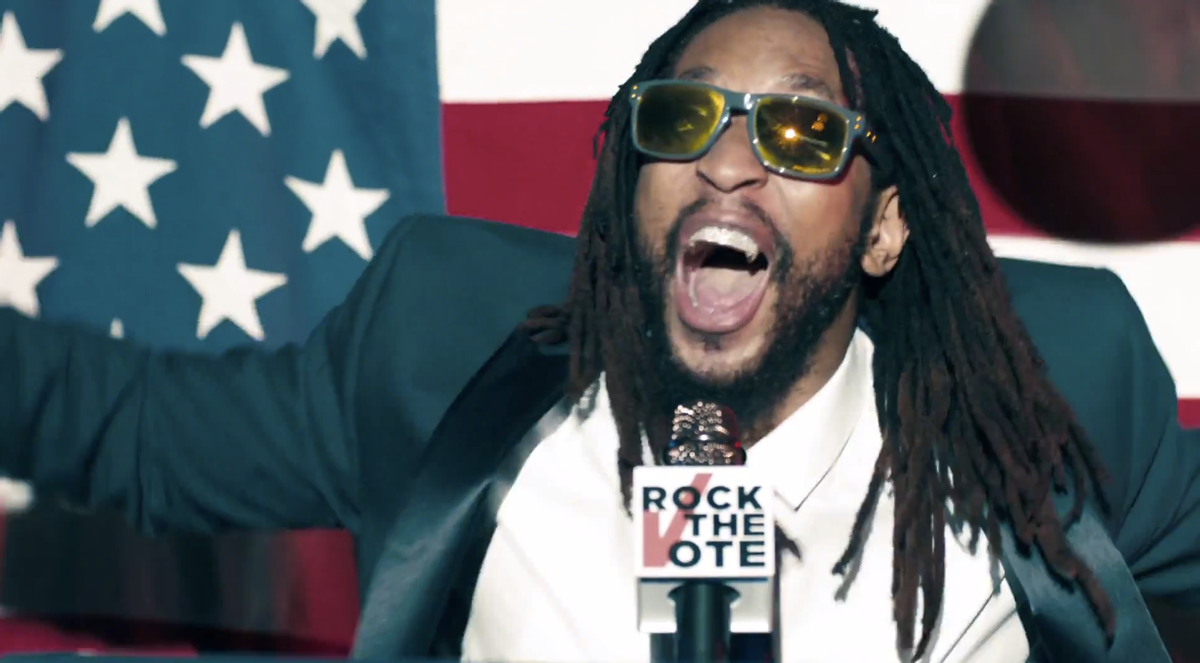 You may have caught Turn Out For What, a remake of Lil Jon's hypnotic, bass-heavy hip-hop song "Turn Down For What" that encourages young people to vote in the midterm elections. The video is charming and even funny and immensely watchable. I love everything that involves Fred Armisen or Lena Dunham, and "Turn Down For What" might be imprinted on my brain forever. But this PSA is also...sort of painful? When you realize that Lil Jon and Dunham's dancing is meant to empower 18 year-olds and adults in their mid-20s to take political action, that is:

This guy pretty much nails it:

If you don't know what I mean, you might want to look at the older Rock the Vote ads that feature millennial icons from the 90s and early 2000s. These ads (and bands) were edgy and cool once, too. Now they are--well, see for yourself:

The message: If you don't vote, Madonna will spank you. (I'm not kidding).

"If you don't register to vote, no one hears you"...unless it's 2014 and you have Twitter and are an Internet troll who peddles moral outrage. Then everyone hears you. You can get pretty loud that way, actually.

Nothing to see here except Deee-Lite getting their funk on. If you want to vote, that's cool, too. They just want to funk.

A really positive message, folks: If you don't vote, you're invisible.

British band Lush gives most tone-deaf voting history primer ever, which credits the British colonists for "discovering" America and then scolds American millennials who don't vote by saying, "After all we've done for you, how dare you!"

Fight for your freedom to "wear whipped cream as clothing" and to get "a little head"...okay?

Remember that hot minute in the mid-late 2000s when punk dominated the airwaves? Around the same time that Hot Topic was a thing? Yeah, well, that's when Against Me! recorded a song for Rock the Vote.

You are a baby wrapped in an American flag. Christina Aguilera is cradling you in her soft bosom. Feeling safe and warm, with eyes closed, you dream of amniotic fluid of your mothers's (or Christina's?) womb. Then, hungry, you reach out with your soft hands and there it is: You've found what you're looking for. Your lifeblood, your nourishment...your voting ballot.