In an interview with WaPo, Police Chief Thomas Jackson discussed growing up in an "integrated" neighborhood 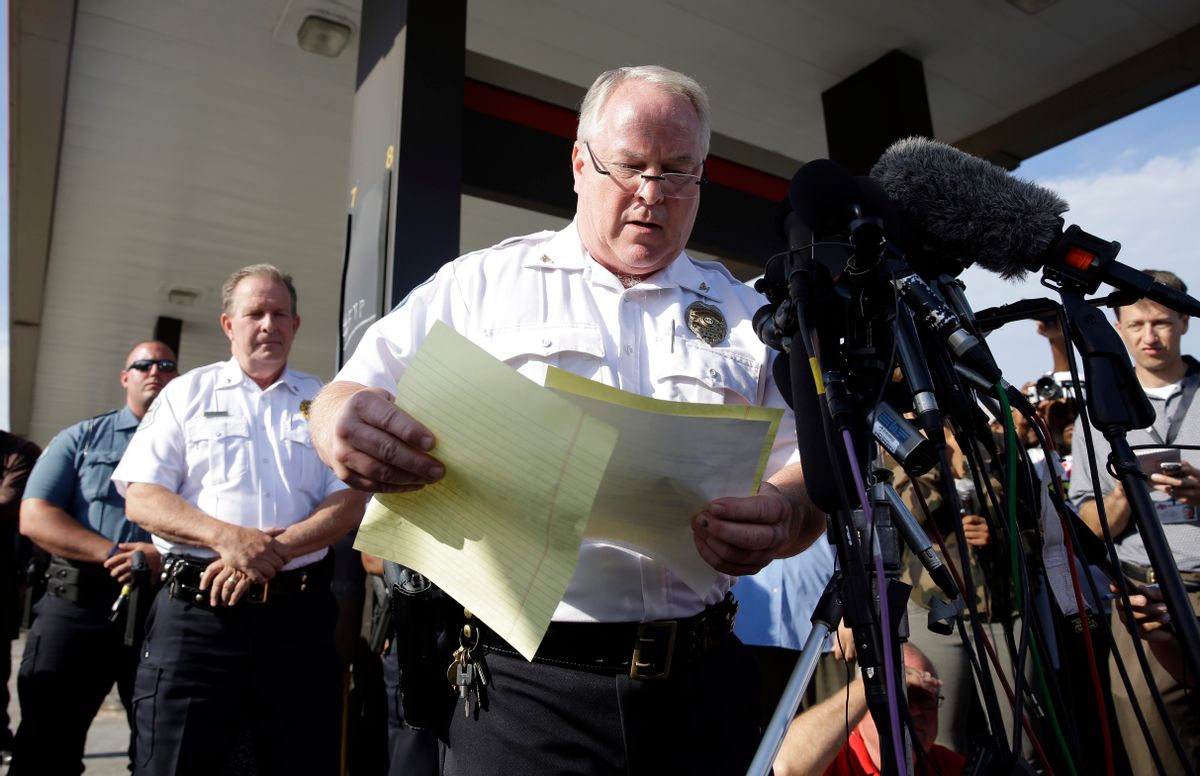 Ferguson, Mo. Police Chief Thomas Jackson became the face of police brutality and obstructionism when unarmed teenager Michael Brown was fatally shot by Officer Darren Wilson. Jackson, who served as the spokesman for the force during press conferences, was the man who repeatedly delayed releasing Wilson's name, and who instead shared information about a QuikTrip robbery in which Brown was allegedly involved.

In an interview with the Washington Post, Jackson spoke honestly about his experience with race, noting that he raised his family in "integrated neighborhoods." Just as a note, the word "integrated" has very strong ties with pre-Civil Rights America when public areas were actually segregated. Perhaps Jackson might replace that with a less outdated term like 'diverse'?

Jackson continued to say that it was "hurtful" to hear claims that the force is racist or overly aggressive, and that he instructs his officers to treat civilians as they would treat their mothers.

“Early on, in the week following the shooting of Michael Brown, we had a community gathering at Christ the King Church. Myself and the prosecuting attorney, the governor, the county police chief and local leaders were all in a panel to address a very large crowd.

“There I learned about mothers and fathers having to sit down with growing young black males to talk to them about how to behave when confronted by the police. It made very sad to hear that, because I didn’t have to do that with my kids. I can’t imagine having to sit down with my boys and say, ‘Because you’re white, you have to be extra careful about law enforcement.’ That’s a perception that is probably rooted in some reality for a lot of people.’

There has been an extraordinary number of allegations that the force is racist and hyper-aggressive, even aside from the protests following Brown's death when the police hurled tear gas, shot rubber bullets and dressed in full riot gear armed with assault rifles.

Jackson has been notably tone deaf in dealing with the tragedy: he did not apologize for the violent incident until a month and a half after Brown's death, and then attempted to join protests calling for his resignation that evening.