Jon Stewart could have hosted "Meet the Press," according to report 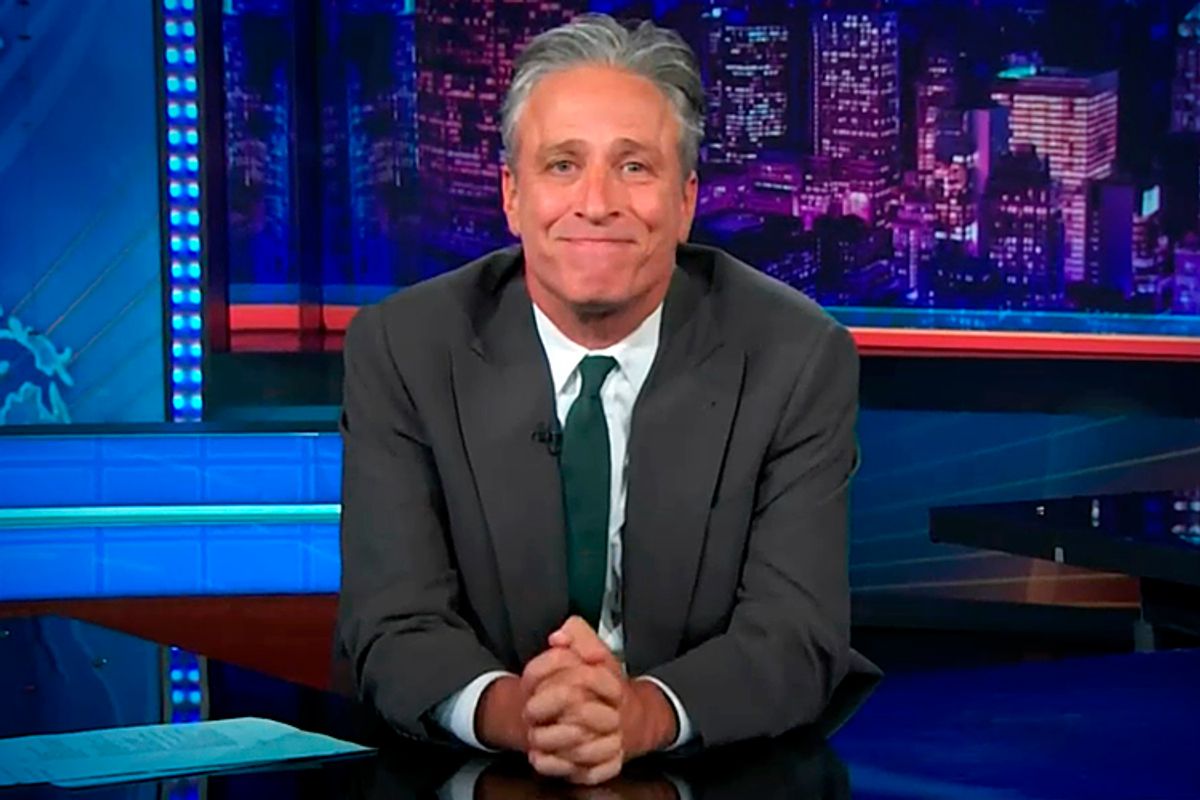 Jon Stewart could have brought his invective wit to NBC, as the host of "Meet the Press." NYMag.com is reporting that NBC was in talks with Stewart, before ultimately selecting Chuck Todd to replace former host David Gregory.

Todd has now been hosting the venerable Sunday morning news program for one month. But NBC could have gone in an entirely different direction. From NYMag.com:

"Before choosing Todd, NBC News president Deborah Turness held negotiations with Jon Stewart about hosting "Meet the Press," according to three senior television sources with knowledge of the talks. One source explained that NBC was prepared to offer Stewart virtually “anything" to bring him over. "They were ready to back the Brinks truck up," the source said. A spokesperson for NBC declined to comment. James Dixon, Stewart's agent, did not respond to multiple requests for comment."

Though Stewart reportedly declined the "Meet the Press" gig, it is interesting to think what could have happened if Stewart had taken the helm.

"The Daily Show," "The Colbert Report" and "Last Week Tonight with John Oliver" have become forms of media catharsis for those frustrated by cable news and enraged by politicians.

Despite the fact that Stewart has stated that he is just a comedian, when it comes to news he is more trusted than Brian Williams. And amidst all the pageantry and punditry of cable news, his "fake" news program -- because of its self-awareness -- is able to cut through the crap and be critical, outraged or amused.

Stewart can also, on occasion, pull out his interrogation skills, and dig into politicians, authors and pop culture figures. (He surprised Salon with his June interview of Hillary Clinton, which was far from deferential.)

On one hand, it would be supremely refreshing to see that level of energy, humor and skepticism on a Sunday morning show.

But I wonder if the stodgy Sunday slot would transform him in some way? (I also wonder if his key block of viewers would wake up to watch him?) Or if the typical Sunday viewer even wants someone to drop decorum and call bullshit while they sip their morning coffee? At least for now, we won't know.