The ocean's depths might not be heating, but the planet still is 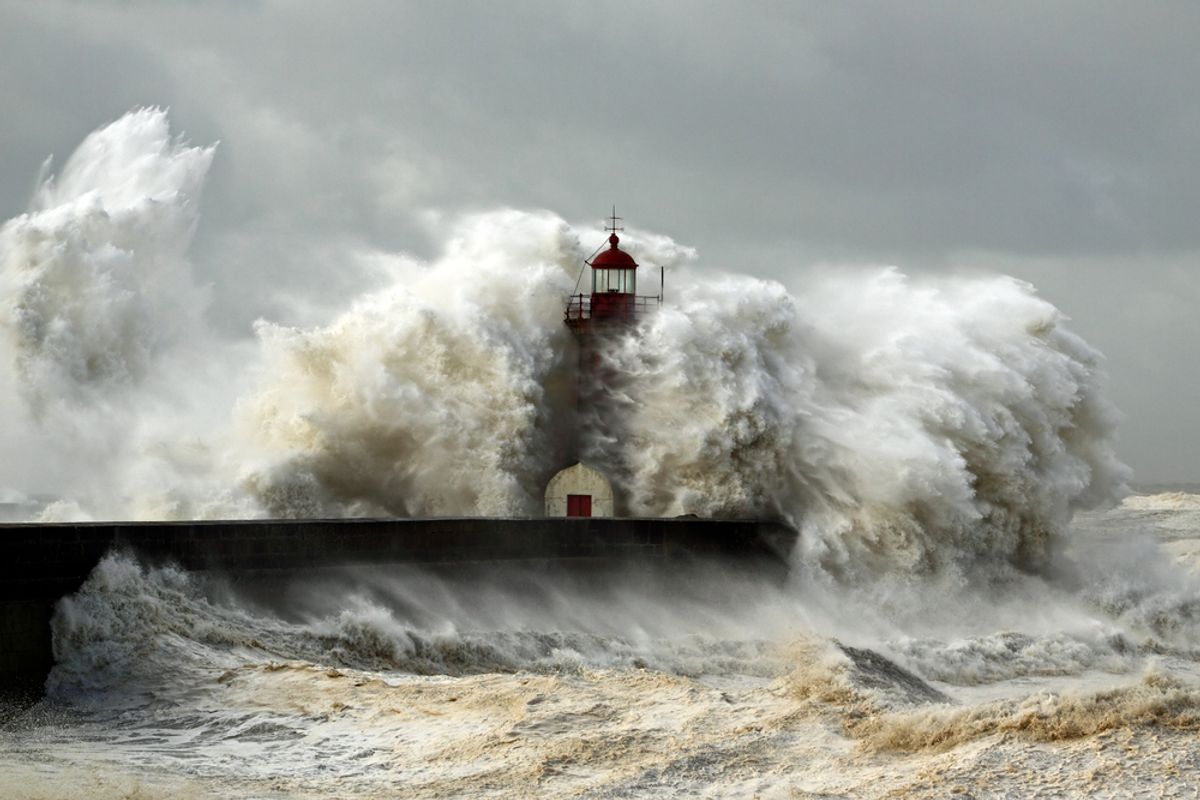 Monday, two studies came out in the same journal challenging the conventional thinking about climate change. One concluded that the upper layers of the Southern Hemisphere's oceans have warmed at a much greater pace since 1970 than previously believed. The other found that the deep ocean does not appear to have warmed significantly or contributed to sea level rise over the past ten years -- which runs counter to one explanation for the perceived "pause" in global warming.

If you've spent any time clicking around conservative media sites, you can guess what happened next.

The news that the oceans have been warming significantly faster than we thought -- meaning that the effects of climate change could be worse than we thought -- struck most (including Salon) as the headline story. The few odd headlines that did emphasize the second study (looking at you, Daily Caller) stick out like sore thumbs, as transparent attempts to cast doubt on the significance of man-made climate change. And then, there's Breitbart, which decided to go into epic-scandal mode. "Bad news for the alarmists," its headline reads, "'missing heat' from non-existent 'global warming' isn't hiding in the ocean after all."

That's a gross misinterpretation of the study's results, starting with the fact that the scientific consensus on climate change -- that the planet is warming, and that human activity is to blame -- isn't up for debate. Josh Willis, a scientist at NASA's Jet Propulsion Laboratory and the study's coauthor, acknowledged as much in the study's press release -- "these findings do not throw suspicion on climate change itself" -- and did so again when contacted by Salon.

The scientific debate over the global warming "pause," meanwhile, isn't about whether it means that warming isn't happening. It's over the varying explanations that have been posed for the pause, including one theory that the heat's being temporarily stored in the deep ocean. Willis' study, which is one of many to address this question, suggests that this isn't the case, and some other mechanism must be responsible instead. This is the kind of debate that climate scientists engage in all the time. As Willis put it, "we're just trying to understand the nitty-gritty details."

"This unfortunate discovery represents a major problem for the climate alarmists," writer James Delingpole asserts, because the missing heat is their "favorite excuse" for the observed pause in warming. But what Breitbart frames as a huge blow to climate science is actually what you'd call an interesting development in scientific understanding. So too is that other study Breitbart forgot to mention, the one which, Steve Rintoul, a researcher at Australia’s Commonwealth Scientific and Industrial Research Organisation, told Climate Central, itself provides a possible explanation for the "pause," by showing that our past measurements of warming in the upper ocean were too low.

So both studies, together, show that there's a lot more to be discovered about what's happening in the oceans. And solving those mysteries couldn't be more important, because, as oceanographers Gregory Johnson and John M. Lyman write, "global warming is ocean warming.” The oceans, after all, are where over 90 percent of the heat produced by greenhouse gas emissions ends up. Adds Willis, "the oceans are kind of the key to unlocking what our planet's going to do in this warming climate."

"We want to understand what the Earth is doing. And we want to try and figure out what it's going to do next," Willis said. "And that's what scientists do. We're not trying to advance some political agenda."

Oh, and as a slight addendum on behalf of us "alarmists" (we prefer to be called "climate hawks"), finding out that climate change somehow stopped happening wouldn't be bad news, as Breitbart maintains. It'd be great news. The best news, even. Unfortunately, Willis emphasized repeatedly in our conversation that that's just not the case. "The main thing here is that global warming is definitely still happening. Sea level rise is still happening," he said. "And I wouldn't take out a 30-year mortgage on a beach house tomorrow."