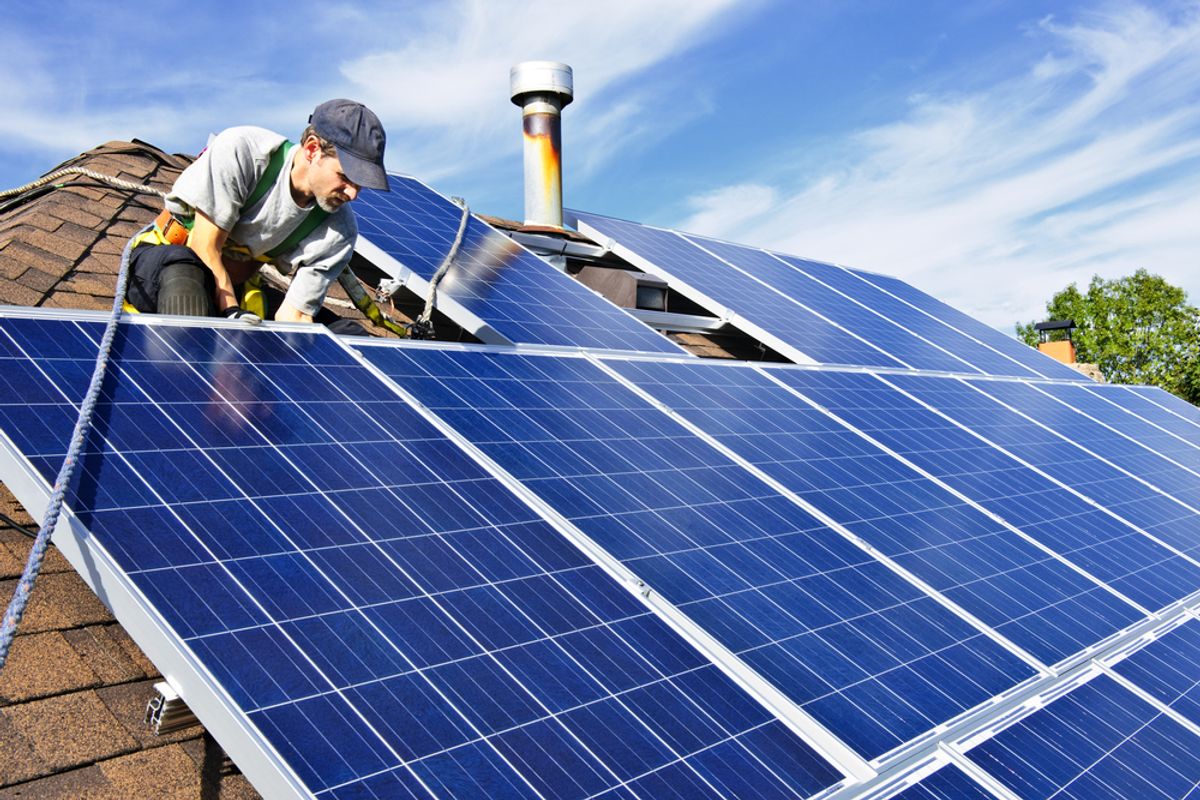 Wal-mart can boast all it wants about its on-site solar panels, but its majority owners are backing campaigns that would keep the rest of us from having any of our own.

According to a new report from the Institute for Local Self-Reliance (ISLR), the Walton family has donated $4.5 million since 2010 to groups likeAmericans for Prosperity and the American Enterprise Institute that are campaigning to end solar subsidies and limit the growth of roof-top solar.

“The Waltons claim to have a deep commitment to sustainability, but their support for anti-solar initiatives tells a different story," said Stacy Mitchell, the report's author. "The Waltons are investing in efforts that both undercut clean energy and prevent average Americans from benefitting economically from solar power,”

A Walton-owned company, meanwhile, played a key role in making rooftop solar less affordable in Arizona. VICE News has more on the specifics:

Last November, Arizona regulators granted the state's largest utility, Arizona Public Service, the authority to charge customers a fee for installing rooftop panels. The fee will run three to six dollars per month for customers depending on the size of their solar array.

The fee might seem small but it cuts into the long-term cost savings that have driven investment toward rooftop solar installations. The Solar Energy Industries Association estimates that customers save between $5 and $10 per month with rooftop solar arrays. The Arizona fee, says ILRS, helps maintain utility industry dominance over electricity production by halving the cost savings to customers.

One of the key factors in the APS victory, says Mitchell, was support for APS from a Walton family-controlled solar power company, First Solar. At the time, says Mitchell, APS was being cast as an enemy of renewable energy generation in a state that is ground zero for new solar energy generation. First Solar, she says, gave APS the appearance of having solar industry support.

The Walton family owns about a 30 percent stake in First Solar, according to documents filed with the US Securities and Exchange Commission.

"This is not the Walton's saying there's no room for solar in their's or Wal-mart's future but only solar that's centrally-owned and benefits wealthy investors," Mitchell told VICE. "It's an economic model that says the rest of us don't get to own anything and there's only a few descent, well-paying jobs. It's a model that has been very beneficial to the Walton family."

UPDATED 10/10/2014 9:00 AM ET: "This report ignores significant investments by the Walton Family Foundation with leading environmental groups," a spokeswoman for the Walton Family Foundation said in a statement. "Instead, the author chooses to focus on a handful of grants none of which were designated for renewable energy-related issues." She said that the Walton family has not funded ALEC, as alleged in the report.