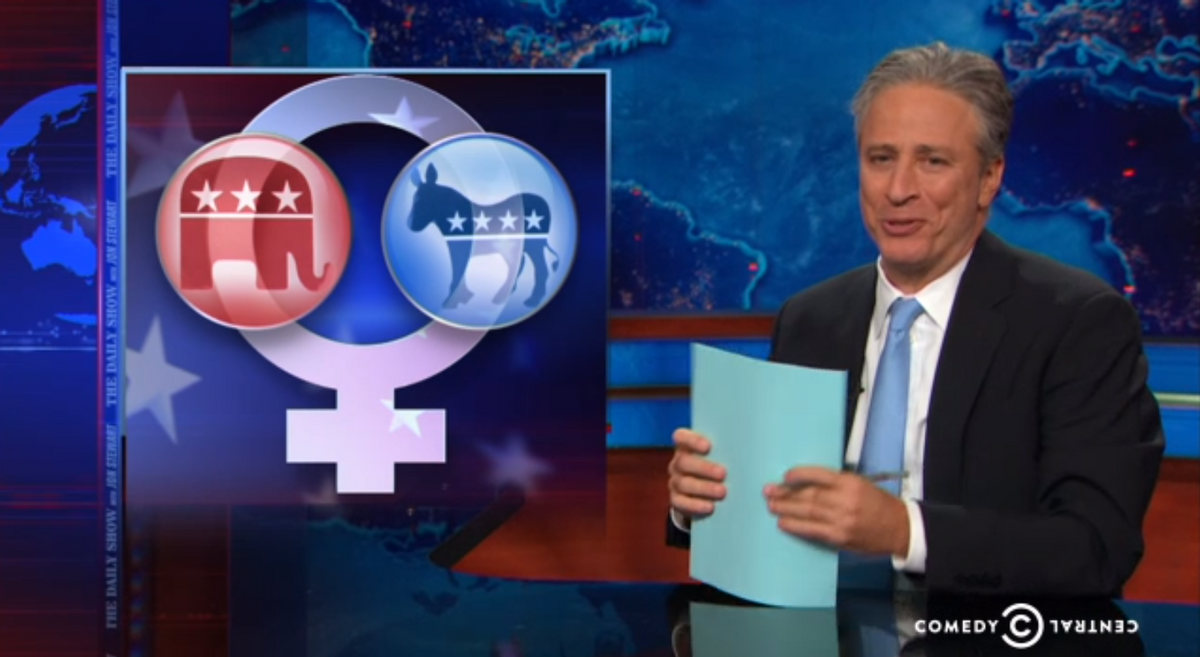 On Wednesday evening's edition of "The Daily Show," Jon Stewart addressed the fact that women are the top interest group for 2014's midterm elections. Obviously, Senior Women's Issues Correspondent Kristen Schaal had to make an appearance.

The Republicans are making an effort to reach out to women and it is going great, Schaal said. "Republicans have finally figured out what's most important to women," she said. "Menfolk! Women don't see candidates as potential leaders-- we see them as possible soul mates."

The show then played clips of the various attempts at appealing to women: a Bachelorette-like gameshow called "The Candidate," a spot where a woman explains how her ex-boyfriend Barack Obama betrayed her.

"This whole angle that the Republicans are coming up with, it feels like-- do you remember when they wanted more women to play PacMan so they just slapped lipstick and a bow on PacMan and called it Ms. PacMan."

"Yeah, Jon, Ms. PacMan is a feminist hero. She didn't subscribe to your patriarchal ideal of what a women's body should look like! She ate whatever she wanted: pineapples, pretzels, ghosts..."

Watch the clip below to see Schaal pour a large bowl of birth control into her mouth.