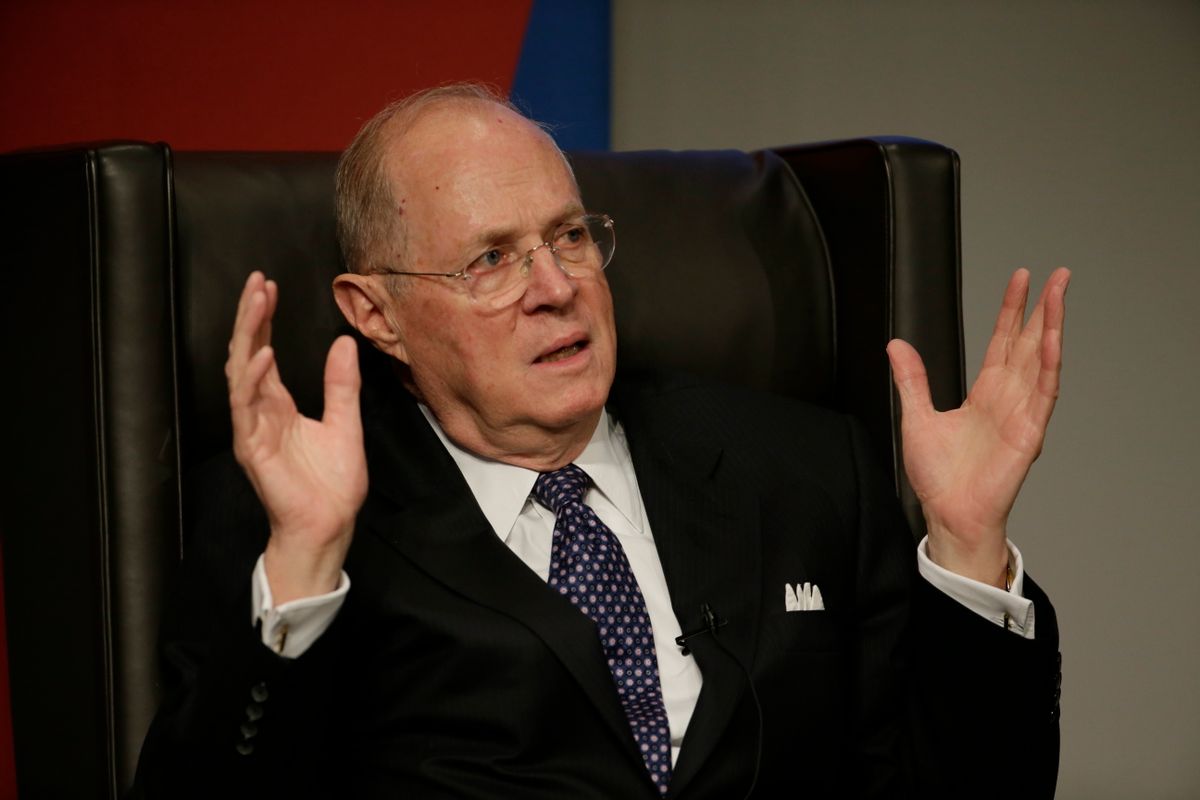 A number of Nevada citizens were accidentally denied their new right to marry same-sex partners on Wednesday, after a Supreme Court clerical error mistakenly blocked marriage equality in the state. On Tuesday, after the Ninth Circuit's ruling on the unconstitutionality of same-sex marriage bans in Idaho and Nevada was upheld by the Supreme Court, Idaho officials successfully petitioned Justice Anthony Kennedy for a stay on the ruling. Nevada officials, however, did not petition Kennedy at all.

Yet the justice inadvertently issued an order applying to both Idaho and Nevada, which halted the immediate issuing of marriage licenses for same-sex couples in both states. On Thursday, a spokesperson for Kennedy confirmed the mixup, noting that the justice issued an updated ruling within hours of the mistake, which should reinstate marriage equality in Nevada. According to the Associated Press, however, a Nevada anti-same-sex marriage group has petitioned Kennedy to keep the ban in place, to which attorneys for same-sex couples are expected to respond by Thursday evening.

As for Idaho, where a ban on same-sex marriage remains in effect, pro-marriage equality attorneys will have until 5 PM on Thursday evening to submit an explanation as to why the Ninth Circuit ruling should apply in that state as well.