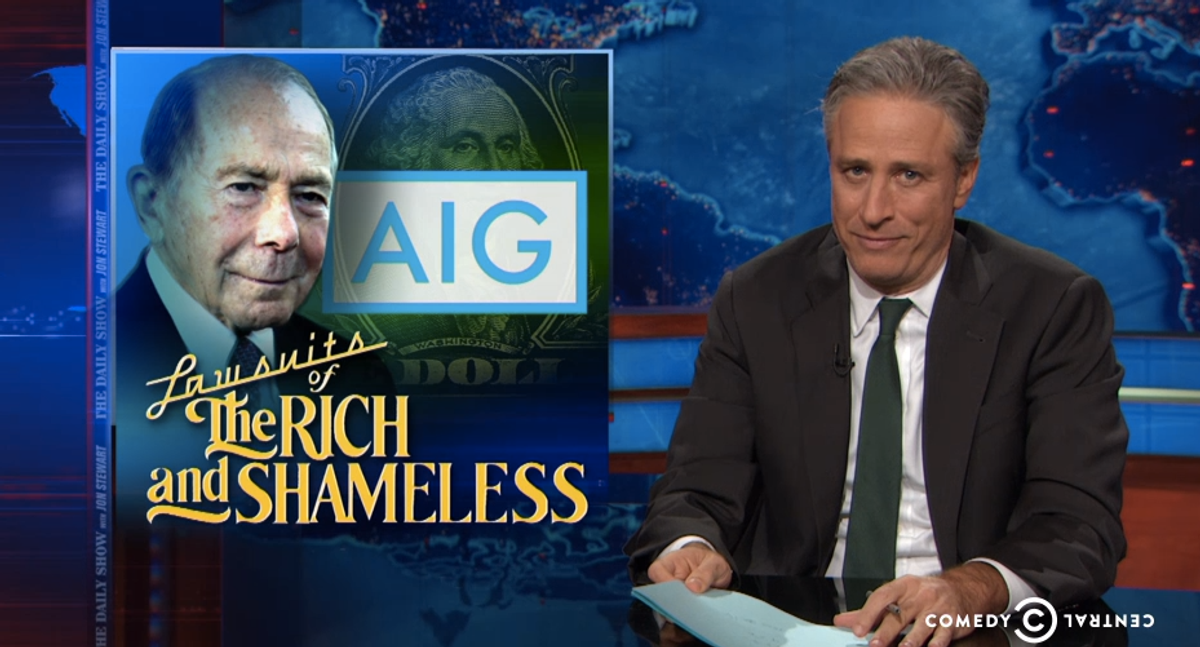 Because there aren't enough angering events in the world, Jon Stewart would like to call your attention to former AIG Chairman and CEO Hank Greenberg, who is suing the government because he's unhappy with the terms of the generous $184.6 billion bail-out AIG received during the financial crisis. This lawsuit is analogous to, as Stewart put it, receiving CPR and complaining about your savior's bad breath.

In exchange for the bailout, the government gained a 92 percent stake in the flailing company -- which Greenberg argues is too much (despite its valuation of only $15 billion, as Stewart discovers). Essentially, "Your legal argument is, 'Wahhh! It's not fair!" said the comedian, who then attempted to explain how finance works: "Your loan terms were worse than the bank's because you were insolvent. You should know how that works -- you're an insurance company."

To make his point, Stewart then performed a one-man show about how normal people apply for a loan.