Stop calling it "Greek" yogurt! The meaningless buzzwords that make food appear healthier than it is 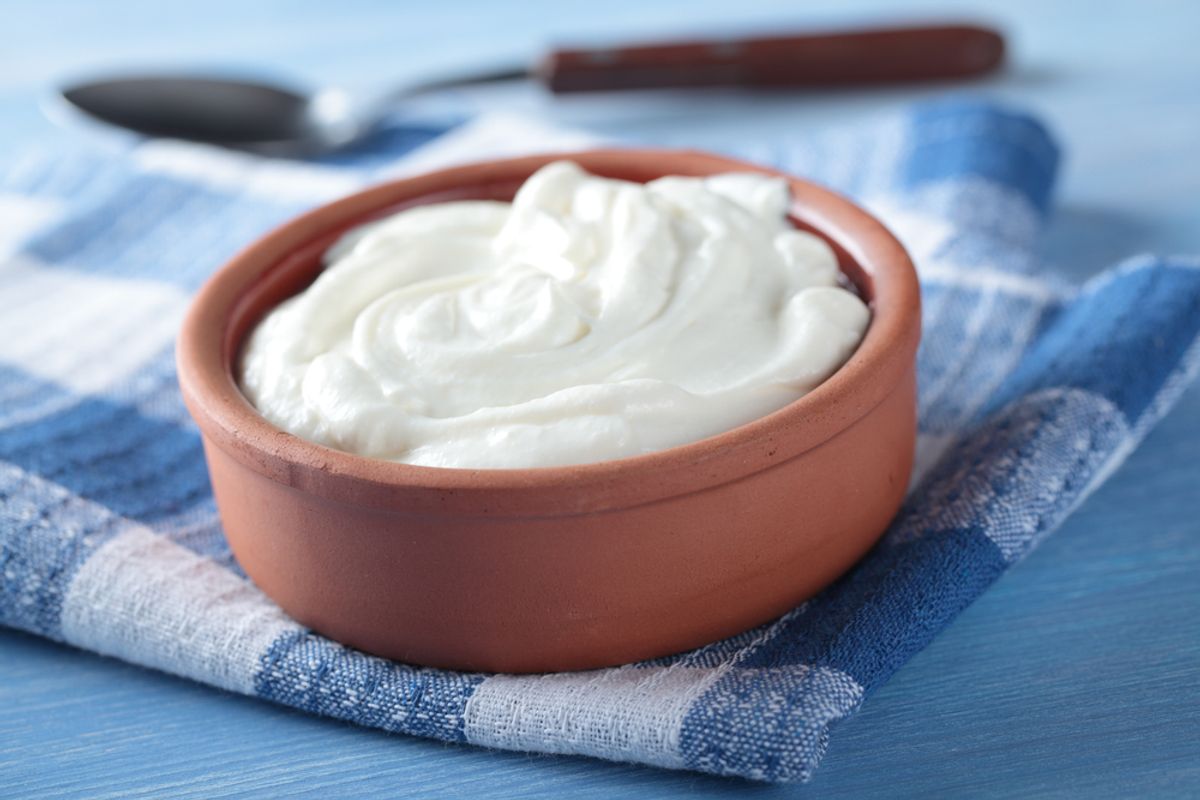 It's no secret that food companies falsely label products with healthy buzz words, creating the illusion that consumers are making a hearty choice. Today, the word "natural" is one of the most ubiquitous food labels seen on grocery store shelves. But over the past few years, frustrated consumers have filed numerous class action lawsuits against food companies, saying used deceptive marketing to trick shoppers into buying products that were not nearly as healthy as they claimed to be.

These are just a few of the food giants that have landed themselves in hot water recently:

However, a judge in Cleveland ruled these medical claims unjustified and ordered Dannon to pay $45 million in damages to consumers as a result of a class action lawsuit. Dannon was also forced to remove claims such as "helps support the immune system" and "scientifically proven" from labels.

Plaintiffs Barry Stoltz, of Westchester, and Allan Chang, of Queens, are pursuing separate lawsuits against Chobani and Fage, but with similar grounds. The men claim the yogurt manufacturers are misleading consumers by referring to their product as "Greek," they're actually produced in the U.S. Well, that might be going a bit too far, but the lawsuits do bring more valid nutritional information into question. For instance, they are challenging the term "“evaporated cane juice” as a sweetening agent, even though it is really sugar. Even though sugar is listed under Chobani's nutritional information, it is not listed as an actual ingredient. Stoltz and Chang also take issue with the ambiguous 0% label; both men believe it puts consumers under the false assumption that 0% refers not only to the amount of fat, but the amount of sugar and calories as well.

Kellogg Co. recently paid $5 million to settle a class action law suit that was filed in May. The company was accused of falsely advertising some of their Kashi products as all-natural, even though they contained synthetically-produced soy products. Kellogg Co.  released a statement via email, stating "it stood by its advertising and labeling practices but that it would change its formulas or labels nationally by the end of the year."

Several other companies fell under fire in 2013 for their misleading food labels, including PepsiCo, manufacturer of Naked Juice. The lawsuit claimed that the "all natural" label on Naked Juice misled consumers because the beverage contained genetically modified soy and calcium pantothenate, which are derived from formaldehyde. As a result, PepsiCo settled for $9 million and agreed to stop using the phrase "all natural" on its packaging.

In 2010, an ironic battle played out in court. Coca-Cola was sued by Center for Science in the Public Interest (CSPI), who claimed the company made false and unsubstantiated claims that duped consumers into believing that Vitaminwater was actually a healthy product. Despite the name itself and ads suggesting that the product could be as effective as the flu shot, Coca-Cola denied any allegations of false advertising. In the company's defense, lawyers for Coca-Cola said "no consumer could reasonably be misled into thinking Vitaminwater was a healthy beverage." Even though the lawyers admitted that the product is not healthy and its advertising campaign is untruthful, the judge ruled in favor of Coca-Cola.

As audacious as the lawyers' tactics may seem, displays of Vitaminwater are still a staple at almost every grocery store, so consumers are either happily buying into the illusion or still believing the hype.

The endless wave of false advertising lawsuits may seem like old hat, even futile at this point, considering the bigger picture. The same brands that have been sued in the past stay prominent fixtures on supermarket shelves, still raking in millions of dollars in sales each year. "The food industry now sells almost $41 billion worth of food each year labeled with the word "natural,"  according to recent findings from Nielsen.

Shoppers may now find themselves doubly fooled, thinking that the ingredients in certain products have been altered or improved due to recent litigation. But usually, the advertising jargon changes but not the ingredients. Companies shell out a few million and redesign their food labels to pacify angry consumers, but the root problem still persists. The packaging has changed, but the unnatural, genetically modified ingredients usually remain. Advertisers can simply create a new lingo to perpetuate the myth of healthy eating; they have no shortage of buzz words to choose from and no higher power to answer to.

Companies will do and say most anything to get people to buy their products. Food giants have got away with this for decades simply because they can. The FDA has no clear definition for  the term natural, nor do they have stringent guidelines about its use on food labels. This explains why food companies are free to toss it around so loosely without restrictions or repercussions.

A group of politicians has joined forces with consumer advocates in trying to give the food classification system a major overhaul. Last year, the Food Labeling Modernization Act, a bill proposed by Sen. Richard Blumenthal in the Senate and Reps. Frank Pallone, Jr. and Rosa DeLauro in the House. This bill would require food labels to be more forthright when it comes to front-of-package labeling, health claims, ingredients and nutritional informational.

In particular, the legislation will require a clear definition of the words “healthy” and “made with whole grain,” as well as new guidelines for its use. The bill also requires the percent daily values for calories and sugar, as well as the amount of sugar that is not naturally occurring, be listed under the nutritional information.

“Grocery stores throughout the country are filled with products that bear labels with deceptive dietary information,” Senator Blumenthal said in a statement. “The Food Labeling Modernization Act updates laws that haven’t been touched since 1930s, ensuring that consumers will know what they’re eating and parents will know  what they’re feeding their kids.”

Although new legislation has been proposed to enforce stricter standards for food labeling, it could take years before it's passed. Meantime, the mislabeling food trend will likely get worse before it gets better.