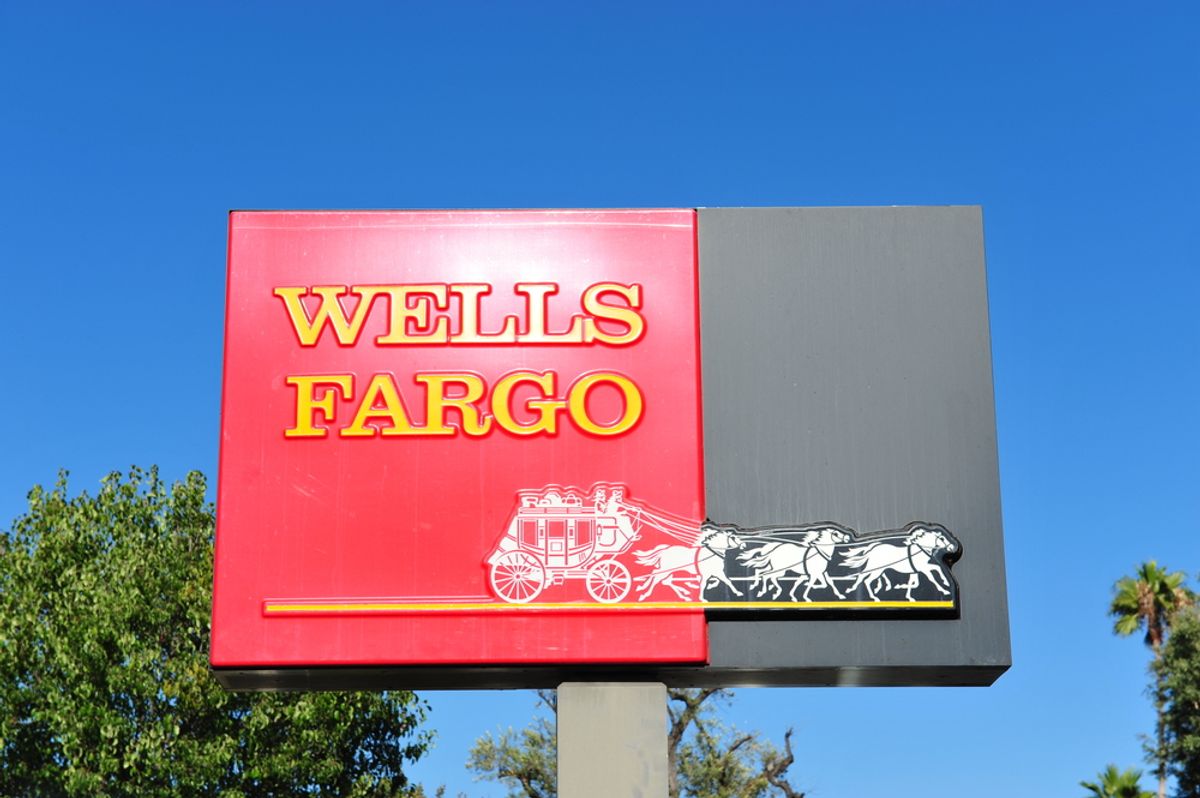 Tyrel Oates, a 30-year-old Portland, Oregon-based employee of Wells Fargo, shot to Internet fame after emailing the company's CEO John Stumpf (and cc'ing 200,000 other employees) to ask for a $10,000 raise... for everyone at the company.

Oates proposed that Wells Fargo give each of its roughly 263,500 employees a $10,000 raise. That, he wrote, would “show the rest of the United States, if not the world, that, yes, big corporations can have a heart other than philanthropic endeavors.”

In an interview Tuesday, Oates...said he has no regrets and that he has received many thank-yous from co-workers who told him they shared his views.

And, at least as of Tuesday afternoon, he said he’s still employed by the company, where he processes requests from Wells Fargo customers seeking to stop debt-collection calls.

“I’m not worried about losing my job over this,” Oates said.

Oates has been working at the company for almost seven years and makes slightly more than $15 per hour, working 40 hours per week excluding mandatory overtime. "Just knowing the unease of my fellow team members as far as pay goes and how horrible our pay increases have been over the seven years... I just decided to send a letter to John Stumpf," he said.

The full letter was posted on Reddit. Here it is:

With the increasing focus on income inequality in the United States. Wells Fargo has an opportunity to be at the forefront of helping to reduce this by setting the bar, leading by example, and showing the other large corporations that it is very possible to maintain a profitable company that not only looks out for its consumers and shareholders, but its employees as well.

This year Wells Fargo in its second quarter alone had a net income of $5.7 billion, and total revenue of $21.1 billion. These are very impressive numbers, and is obvious evidence that Wells Fargo is one of, if not the most profitable company in the nation right now. So, why not take some of this and distribute it to the rest of the employees.

Sure, the company provides while not great, some pretty good benefits, as well as discretionary profit sharing for those who partake in our 401k program. While the benefits are nice, the profit sharing through the 401k only goes to make the company itself and its shareholders more profitable, and not really boost the income of the thousands of us here every day making this company the prestigious power house that it is.

Last year, you had pulled in over $19 million, more than most of the employees will see in our lifetimes. It is understood that your position carries a lot of weight and responsibility; however, with a base salary of $2.8 million and bonuses equating to $4 million, is alone one of the main arguments of income inequality. Where the vast majority, the undeniable profit drivers, with the exception of upper management positions barely make enough to live comfortably on their own, the distribution of income in this company is no better than that of the other big players in the corporate world.

My estimate is that Wells Fargo has roughly around 300,000 employees. My proposal is take $3 billion dollars, just a small fraction of what Wells Fargo pulls in annually, and raise every employees annual salary by $10,000 dollars. This equates to an hourly raise about $4.71 per hour. Think, as well, of the positive publicity in a time of extreme consumer skepticism towards banks. By doing this, Wells Fargo will not only help to make its people, its family, more happy, productive, and financially stable, it will also show the rest of the United States, if not the world that, yes big corporations can have a heart other than philanthropic endeavors.

P.S. – To all of my fellow team members who receive a copy of this email. Though Wells Fargo does not allow the formation of unions, this does not mean we cannot stand united. Each and every one of us plays an integral part in the success of this company. It is time that we ask, no, it is time that we demand to be rightfully compensated for the hard work that we accomplish, and for the great part we all have played in the success of this company. There are many of us out there who come to work every day and give it our all, yet, we struggle to make ends meet while our peers in upper management and company executives reap the majority of the rewards. One of our lowest scored TMCS questions is that our opinions matter. Well they do! This email has been sent to hundreds of thousands Wells Fargo employees, (as many as I could cc from the outlook global address book). And while the voice of one person in a world as large as ours may seem only like a whisper, the combined voices of each and all of us can move mountains!

With the warmest of regards,