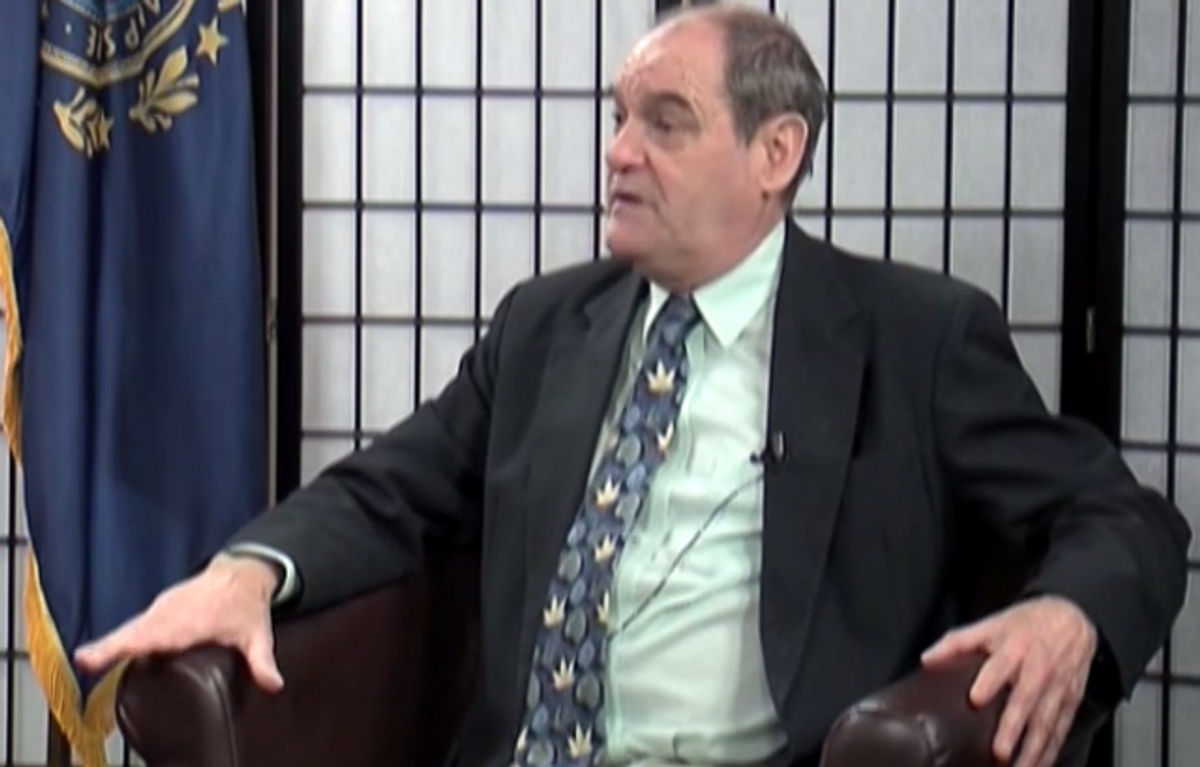 A GOP lawmaker in New Hampshire has written that Democratic congresswoman Ann McLane Kuster will probably lose re-election next month because she is “ugly as sin.”

The Huffington Post flags a blog post in which state Rep. Steve Vaillancourt writes that Kuster is at a disadvantage to GOP challenger Marilinda Garcia, a Ted Cruz protégé whom Vaillancourt hails as “one of the mot [sic] attractive women on the political scene anywhere, not so attractive as to be intimidating, but truly attractive.”

“Let's be honest,” Vaillancourt writes.  “Does anyone not believe that Congressman Annie Kuster is as ugly as sin?  And I hope I haven't offended sin.” Vaillancourt goes on to write that “Annie Kuster looks more like a drag queen than most men in drag.”

The legislator concludes that “[i]f looks really matter and if this race is at all close, give a decided edge to Marilinda Garcia.”

The most recent poll in the district, from New England College, found Kuster leading Garcia by 12 points, 50 to 38 percent.