Is this the campaign that will convince parents to vaccinate their kids?

Measles was once eliminated in the U.S. This year, cases are at a record high 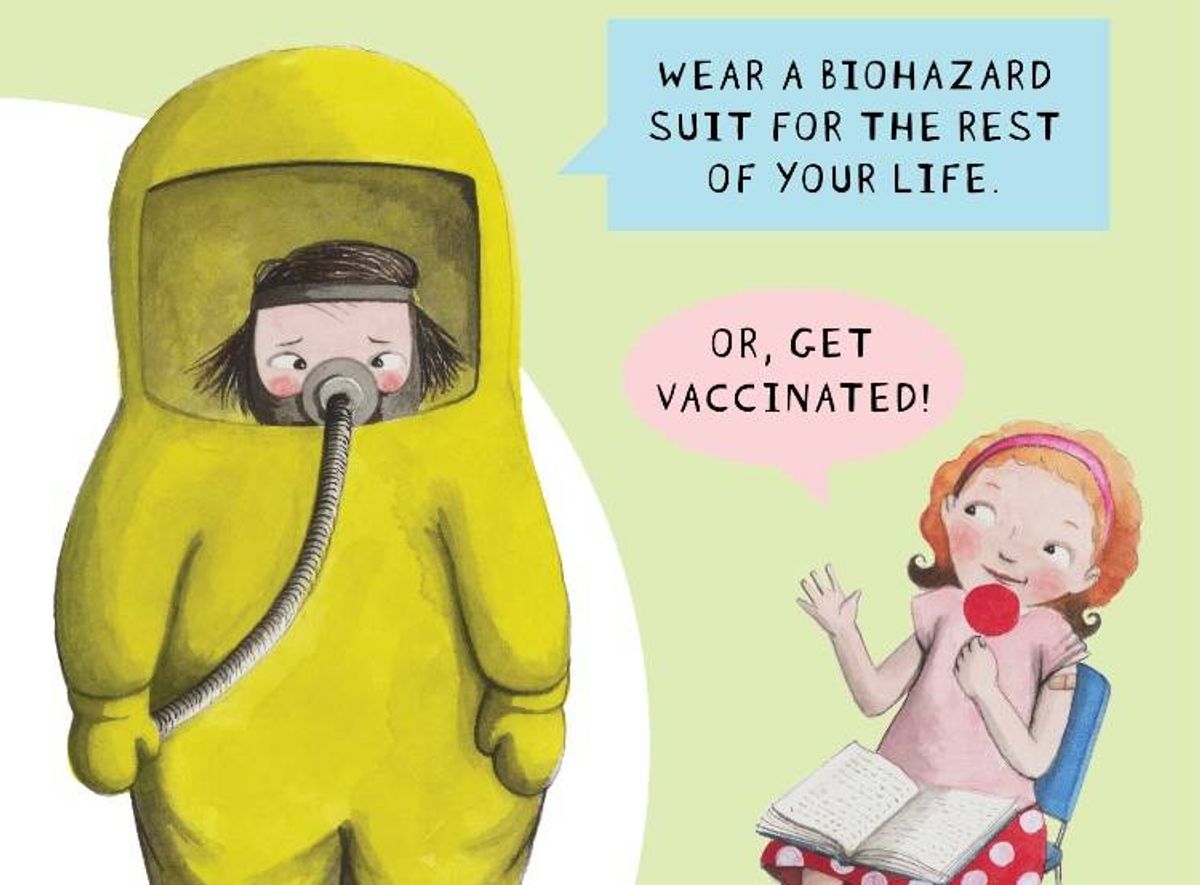 Here are some ways to avoid measles: you could move to the moon. You could wear a biohazard suit all the time. You could get yourself adopted by a polar bear, because polar bears don't get the measles ever.

Or, you could get vaccinated.

That's the message being rolled out to pediatrician's offices across the country, NPR reports, courtesy of the American Academy of Pediatrics and the international Measles and Rubella Initiative. The campaign, illustrated by Sophie Blackall, features her popular children's book characters, Ivy and Bean, learning that the measles vaccine is a "simple, safe and effective measure": (Note: as measles is spread when an infected person coughs or sneezes, that last one probably isn't practical.)

Blackall previously did design work for the Measles and Rubella Initiative in places like Congo and India, where the challenges to reaching the 20 million children worldwide who are not vaccinated include securing enough funding for immunization campaigns and making sure children receive both courses of the vaccine.

Fourteen years ago, it would have been far easier for children in the U.S. to avoid measles, because the disease had been eliminated here. Yet this year cases are at a record high -- not because of a failing health infrastructure, but because people are refusing to vaccinate.

Blackall characterizes the campaign as being aimed at needle-wary children: the posters, she explained to NPR, show that even if it's unpleasant, getting a shot is a lot easier than the alternatives. But we can only hope that parents will pay attention, too. And as an antidote to dangerous messages like those spread by this anti-vaxxer children's book, Blackall might consider adding a poster that says something along the lines of: "Put yourself at risk of pneumonia, brain inflammation and death and potentially contribute to an epidemic that will unfairly target young children and those who can't receive the vaccine for legitimate medical reasons ...or, get vaccinated!"