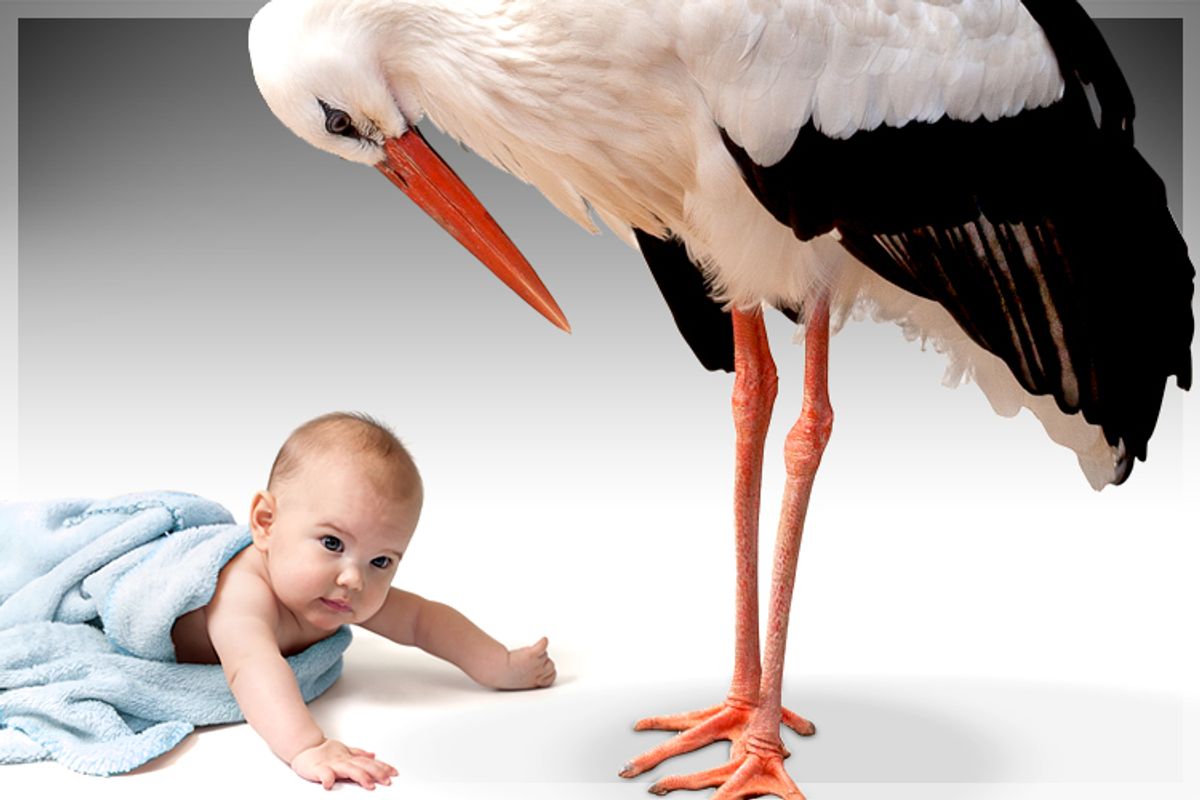 I learned about sex from a hand-me-down copy of the children's book "Where Did I Come From?" at a fairly young age. That seems weird to me now, given how open parents (or at least my chatty mother) have always been about sex; when I was 14, my mom enrolled my sister and me in a Planned Parenthood sex education workshop, in which she joined, to supplement our abstinence-only school curriculum. At the time, she seemed to be an exception to the rule of parents avoiding having "the talk" -- or any talks -- about sex with their kids.

If the conversation were happening now, however, that might not be the case. According to Time, new research indicates a majority of parents talk openly with their kids about the basics of sex and beyond -- about puberty, peer pressure and Internet safety. But Time notes that the report, conducted by Planned Parenthood and NYU's Center for Latino Adolescent and Family Health, also shows that while parents and kids are more willing to talk openly about sex, they're not so willing to do it often:

Although most parents and young people said they didn’t feel embarrassed to talk about sex, nor felt they needed to rely on schools to do it, sometimes parents weren’t very clear about their stance on virginity. For instance, 61% of parents want young people to wait to have sex until they can handle the responsibility (45% advocated waiting for marriage), but only 52% of parents talked to their kids about sexual values, regardless of their beliefs.

Researchers suggest families' increased openness about discussing sex is the direct result of the boom in online resources and other media depictions of sexuality, which open up more and more conversations than ever before. But the proportion of parents who still feel uncomfortable discussing key aspects of healthy sexuality, such as morals, boundaries, consent, contraception and so on, indicates the need for education other sources -- for example, schools. When a third of parents don't discuss reproductive health services with their kids, it means a third of kids -- or more -- lose a critical source of information that they need. And when those kids attend schools with abstinence-only or otherwise lacking sex education, as so many of them do, it reduces their chances of developing a well-rounded understanding of sexual health and responsibility even more.

For the most part, parents agree: 90 percent of parents involved in the survey said they think sex ed should be taught in both middle and high school. And although it's encouraging that families seem to have become more open about discussions of sex and sexuality quite quickly, it's no reason to delay offering young people information that will keep them healthy and safe. They should be able to talk freely about sex with their parents as often as they have questions, and maybe soon that will be the norm. But they should be able to find answers at school, too, and from other adults they know and trust. They should be talking about sex more, generally; that goes for the rest of us, too.