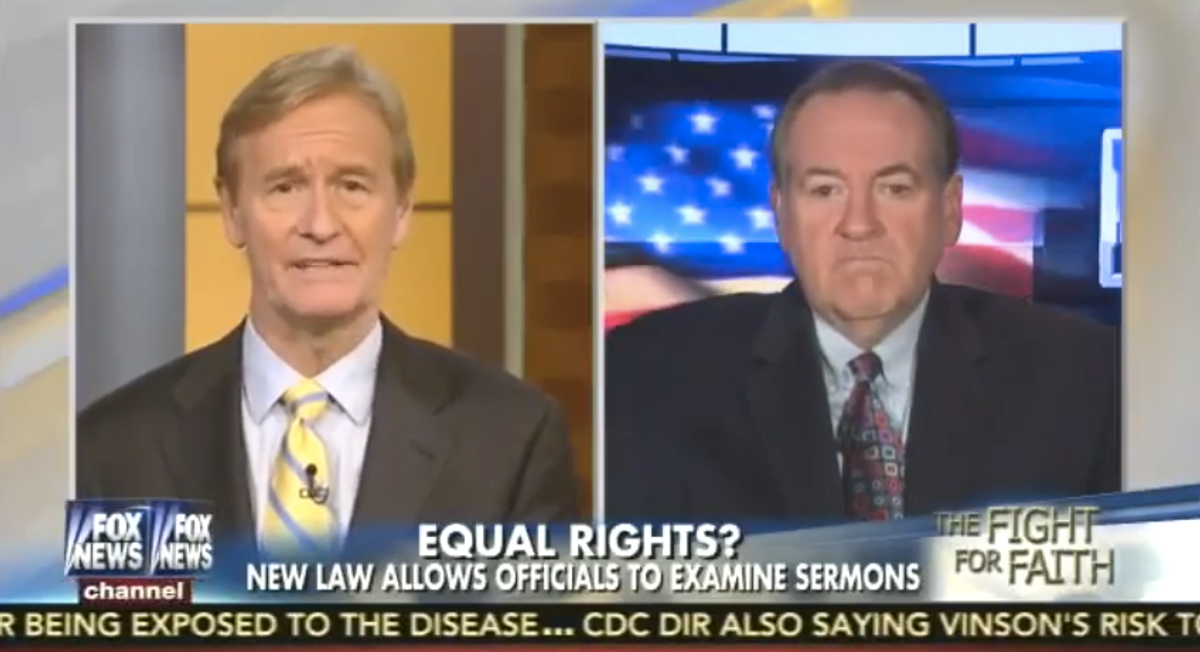 "What's at the heart here is that these five pastors had spoken out against the HERO Act, which was [Houston's] anti-discrimination measure -- which, among other things, would actually allow men to use women's restrooms and stuff like that," Doocy said on Thursday's edition of "Fox & Friends."At its core, when you realize what they’re trying to do, I am astounded at the lack of outrage across this country. Because clearly it’s intimidation, and everybody should be outraged that the city mayor is trying to stifle religious liberty!”

Doocy was referring to the city's efforts to subpoena the sermons of pastors who opposed the ordinance, which bans LGBT discrimination by city government and other businesses, but excludes religious groups. According to both hosts, subpoenaing politically loaded sermons (which allegedly urged churchgoers to petition the ordinance) threatens religious liberty.