Think of the cabin fever! 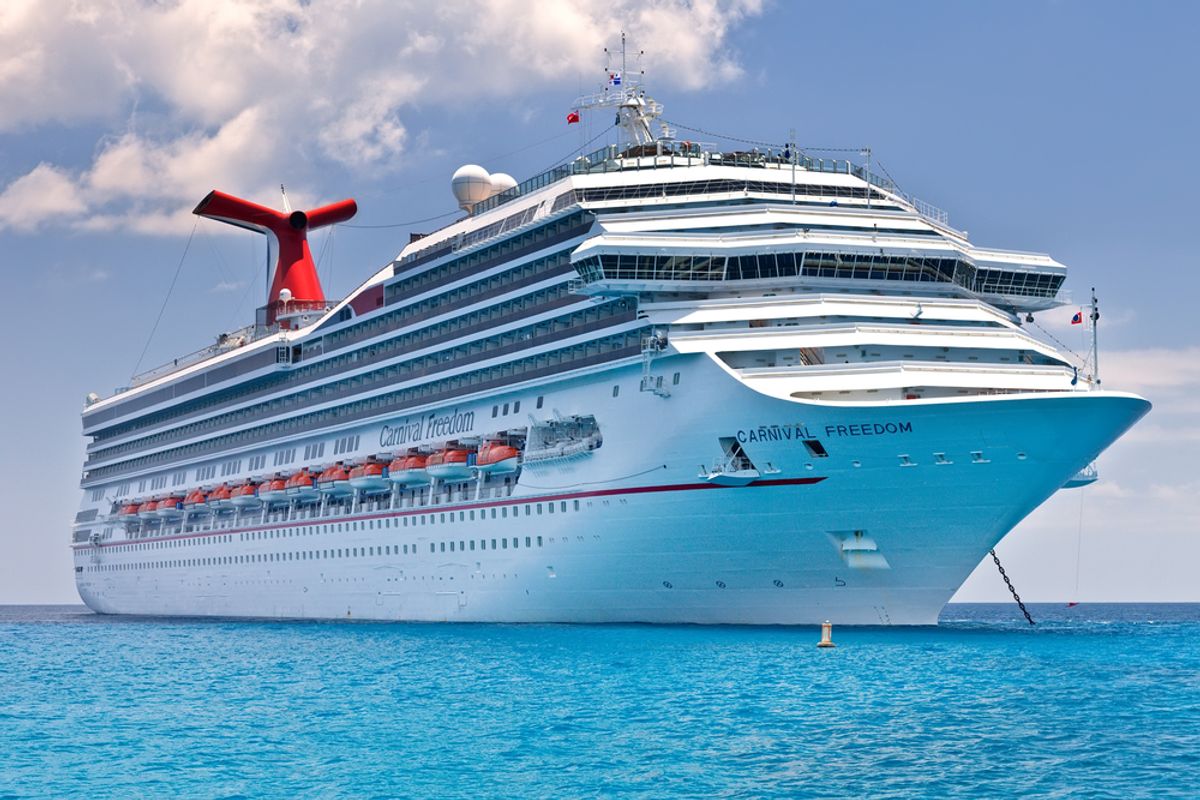 Think of the worst possible place to be isolated for a potential Ebola infection. A ferris wheel? A hot air balloon? A cruise ship bedroom?

A lab supervisor who may have handled fluids from Ebola patient Thomas Eric Duncan is quarantined on board a Carnival cruise ship in the middle of the Caribbean. What. The. Hell.

The Texas Health Presbyterian hospital employee, who set sail from Galveston on Oct. 12, did not have "direct contact" with Duncan and “has not had a fever or demonstrated any symptoms of illness,” State Department spokeswoman Jen Psaki said in a statement...

The Carnival Magic was being held off the coast of Belize Friday until the lab worker could be removed and taken back to the U.S. "At this time, the guest remains in isolation on board the ship and is not deemed to be a risk to any guests or crew," Carnival said in a statement. "It is important to reiterate that the individual has no symptoms and has been isolated in an extreme abundance of caution." The Belize Government confirmed it was in touch with U.S. authorities.

Since it has been 19 days, it is not super likely that the employee will contract Ebola, which is lucky for him and lucky for the rest of the ship because that would be a floating tupperware of death if fluids started sloshing around. No one would let them back to dock!

But that's not the case. Everything is fine. Nightmare averted.