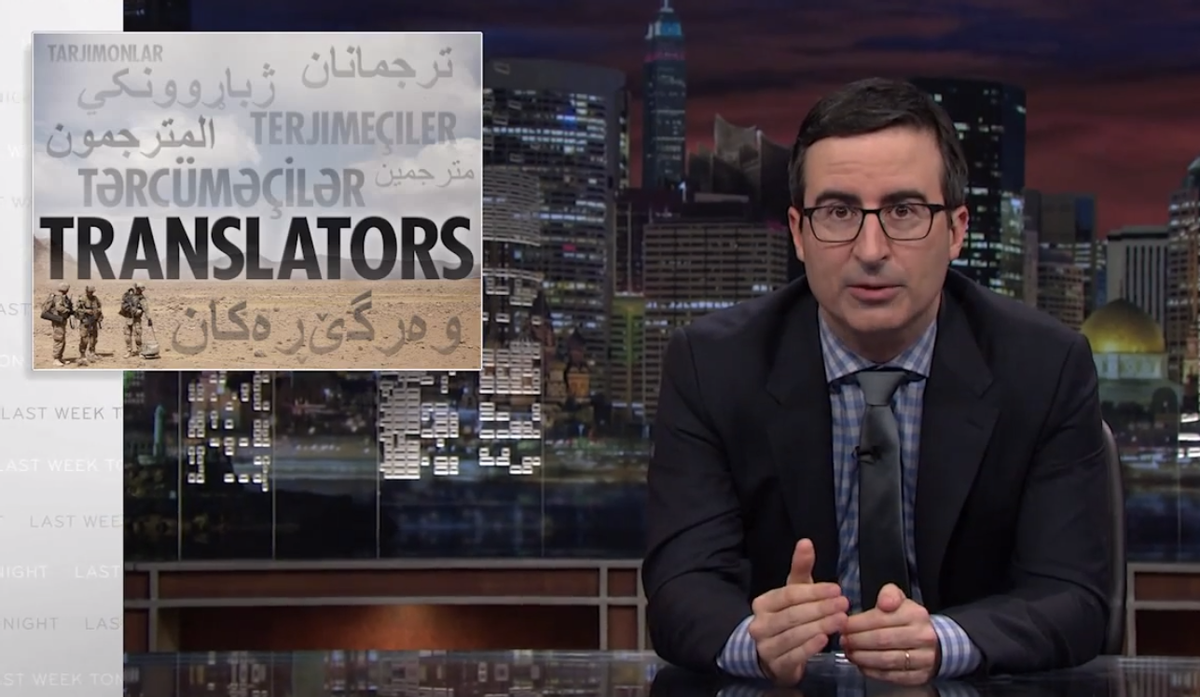 Once again John Oliver tackled an important topic that has been neglected by mainstream news: visas for translators who helped both U.S. troops and contractors in Iraq and Afghanistan.

As Oliver points out, these interpreters risked their lives to help the U.S. military and due to U.S. bureaucracy and red tape they cannot make it to the United States. Also, because they helped the U.S. they are now targets for harm.

Out of the 1,500 visas the U.S. could have issued to translators from Afghanistan, after a 2009 law, only three have been issued, according to Oliver.

In the startling video below Oliver looks into the insane paperwork it takes to get to the U.S., and speaks to a former Afghan translator Mohammad, who finally made it to the U.S. after three years. During the process, Mohammad's father was murdered by the Taliban and his younger brother was kidnapped for ransom. His mother and siblings are currently in hiding due to the fact that the visa process only allowed for him to enter the United States and not his family. Watch below: