GOP’s travel ban insanity: Why their latest Ebola farce is so absurd

Republican leaders' idea for a travel ban on West Africans is pure political posturing. They all but admit it 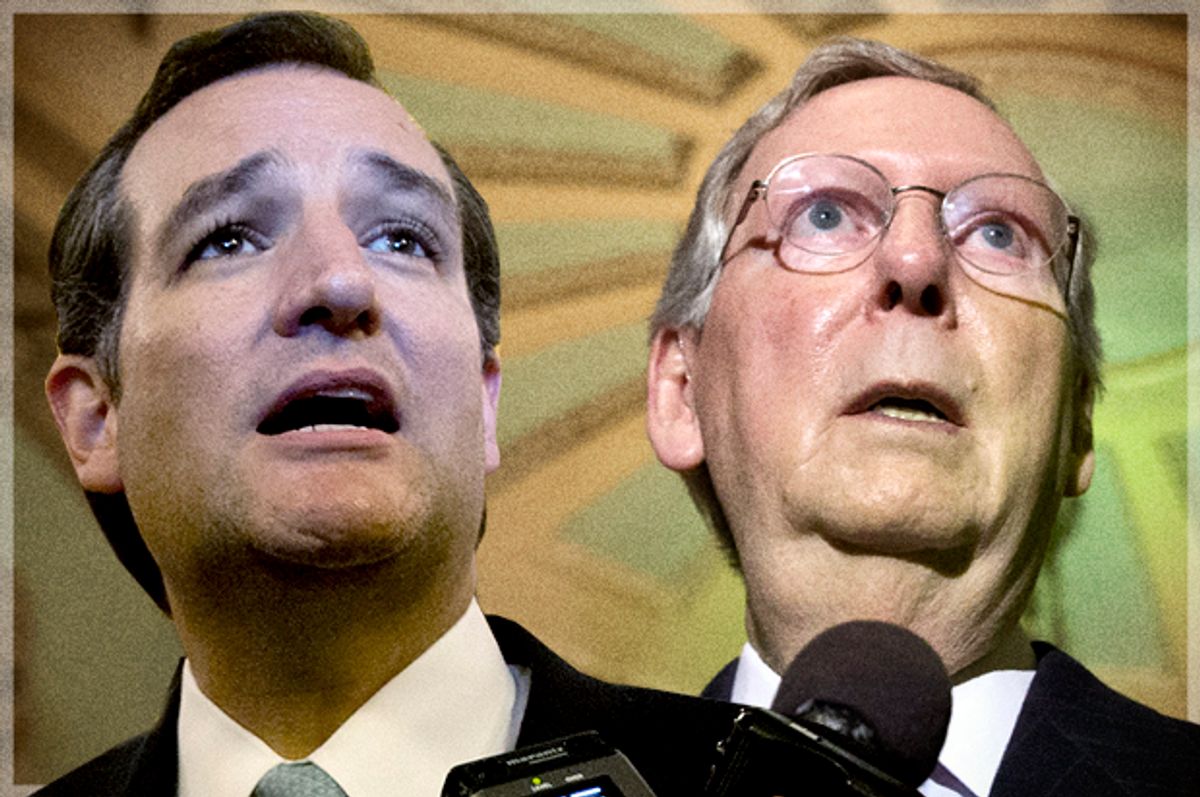 Apparently some Republicans have figured out the problem with their proposal on a flight ban from three Ebola-stricken West African countries: There are no direct flights between the U.S. and Liberia, Sierra Leone and Guinea. So they are now demanding a ban on visas to people traveling from those countries.

Some Republicans, that is. The New York Times notes a difference between what GOP legislative leaders are telling colleagues and the media, and what candidates are saying on the 2014 campaign trail. Out on the hustings, they are still talking up a flight ban. Senate Minority Leader Mitch McConnell and Ivy League brainiac Sen. Ted Cruz, the Times notes, “have done just that.”

In fact, McConnell has tried to have it both ways, first telling NBC News that he thought the nation should listen to “experts” who said a flight ban would be counterproductive, and then flip-flopping a day later. "I'm not an expert on this, but it strikes me that it would be a good idea to discontinue flights into the United States from that part of the world," he told a Kentucky TV station.

Now McConnell’s spokesman told the Times he’s shifted to joining the call for the visa ban, presumably having realized a flight ban would have to ground flights from Brussels, Amsterdam and other European capitals.

Kentucky’s other senator, Rand Paul, is having an arguably tougher time: The good doctor has backed travel restrictions that his own father, also a doctor, has trashed as “politically motivated.”

Just last week, Rand argued that “a temporary suspension of flights should be definitely considered." (It’s not clear if he’s since discovered there are no flights from the three afflicted nations.) But his father mocked the idea of all Ebola-related travel restrictions on Newsmax TV:

You've got to put it in perspective. We're talking about one person that's died, and we want to close down the world travel system. ...

Over 500 people still die from tuberculosis every year, so you have a much greater chance of getting tuberculosis by flying an airplane, but you don't put a ban on everybody who has a cough to get on an airplane. …

Right now the flu season started, you know how many people are liable to die? Tens of thousands. Actually the estimate is between 3,000 and 49,000 people die every year from the flu, so if you really want to do good for the world let's ban all people who have a cold because they might have the flu.

To be fair, the elder Paul said his son’s contrary opinion “was expressed in sincerity.”

The shift to a visa ban works politically for Republicans almost as well as a flight ban. Both are about equally counterproductive, in the opinion of medical experts, and equally xenophobic. That works to gin up the GOP base in advance of the midterm elections.

But the Times story ended with an odd fillip: “In reality, Republicans are not planning a legislative response, at least for now, Republican leadership aides said Monday. They merely want their voices heard.”

They merely want their voices heard out on the campaign trail, that is. But no Republican voices have been heard trumpeting the news that 43 people quarantined because they came into contact with the late Thomas Eric Duncan in Dallas have been declared Ebola-free – which helps prove epidemiologists are right when they say the disease is actually hard to transmit, virtually impossible without direct contact with a patient’s bodily fluids.

Every day that passes without a new infection gives Americans a chance to get a grip on their paranoia, which is politically terrible for Republicans. So expect them to milk the travel ban as long as possible.