Listen: Recordings capture the mysterious silencing of a California forest 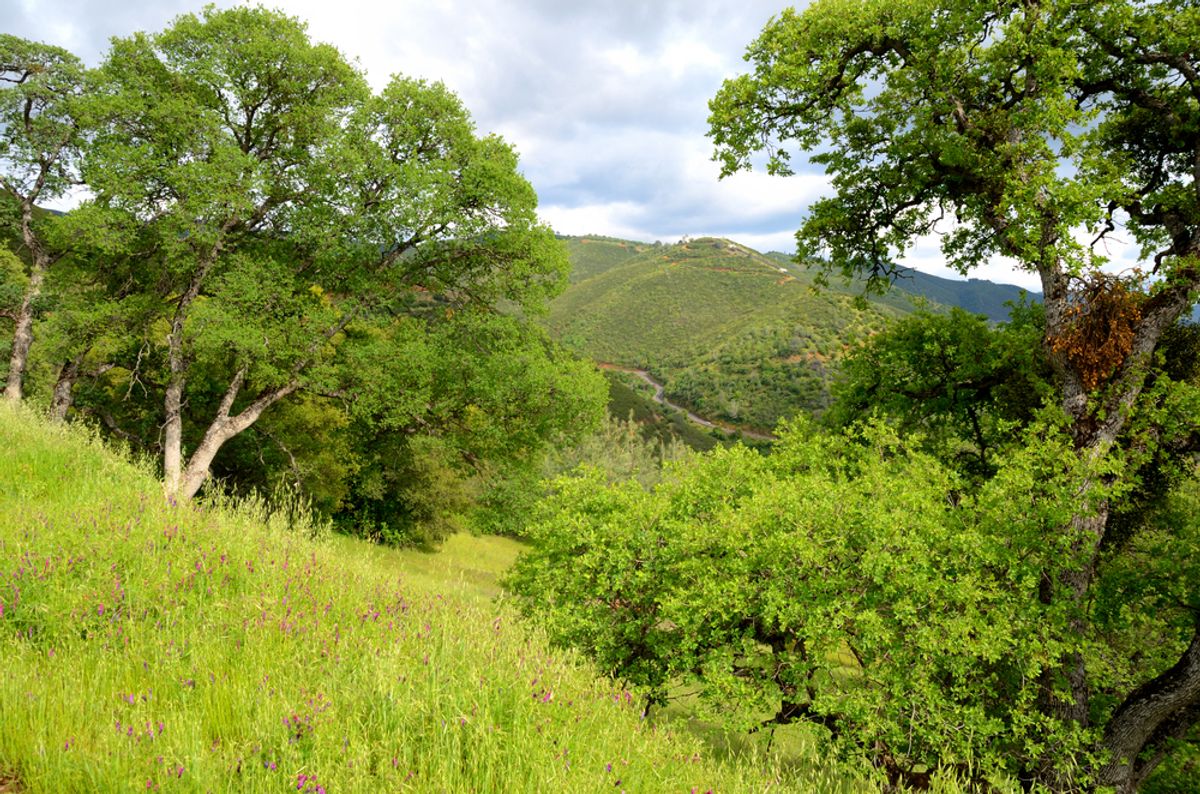 Just 10 years ago, Sugarloaf Ridge State Park, located between California's Napa and Sonoma valleys, sounded something like this:

That's a slice of what's known as the forest's biophony, a term coined by bio-acoustician Bernie Krause, who also made this recording, to define "the collective sound of all non-human organisms in any habitat." You can make out birds and other creatures; that rushing sound in the background, according to KQED, is a stream.

Five years after that recording was made, in 2009, things had changed considerably:

Krause has amassed thousands of such soundscapes in habitats throughout the world, about 40 percent of which, he's said, "have been forever silenced, gone fully extinct or are hopelessly altered." That definitely seems to be the case in Sugarloaf Ridge: Listen, again, to the 2004 recording, and then listen to the one made in 2014.

Krause told KQED he's not entirely sure what's going on here, but it's possible he captured some of the effects of climate change on tape. He makes the recordings at the same time each year, yet spring, he told KQED, has started arriving to the region two weeks later than it did in the mid-'90s. The loss of bird song, he added, could be attributable to shifting migration patterns linked to climate change.

What's clear is that the forest has experienced a loss that's left it noticeably altered. And once you've heard what it used to sound like, it's hard to listen to the 2014 recording and hear anything but those missing pieces.