"Most of Ottawa is on lockdown": Canadian Parliament one of three separate shooting sites 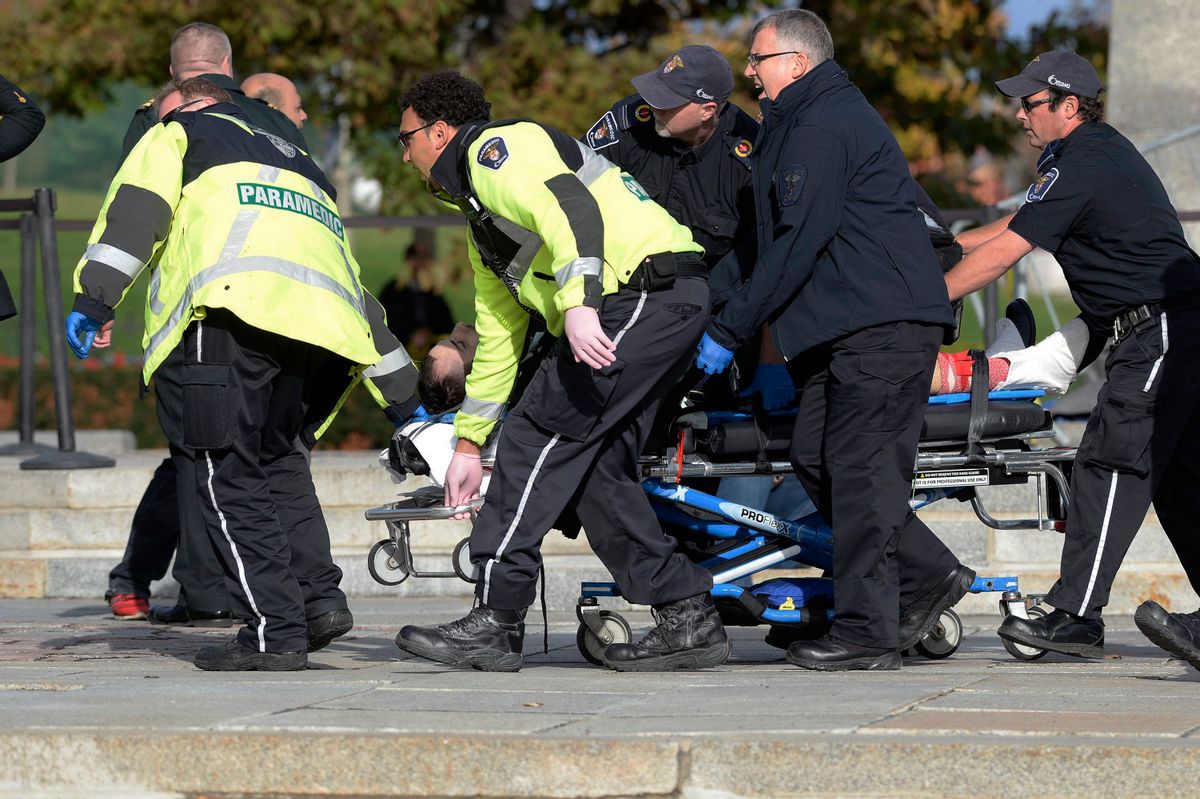 Ottawa police Constable Marc Soucy said Wednesday there have been shots fired at three places in the Canadian capital: at the National War Memorial, where a soldier was wounded, on Parliament Hill and near the Rideau Centre Mall.

All three sites are within less than a mile from each other.

He said it started at the war memorial and that it is still unclear whether there is more than one shooter. No arrests have been made.

"Most of downtown Ottawa is in lockdown," Soucy said.

The shooting came two days after a recent convert to Islam killed one Canadian soldier and injured another in a hit-and-run before being gunned down by police.