The New York governor borrowed a line from the climate deniers 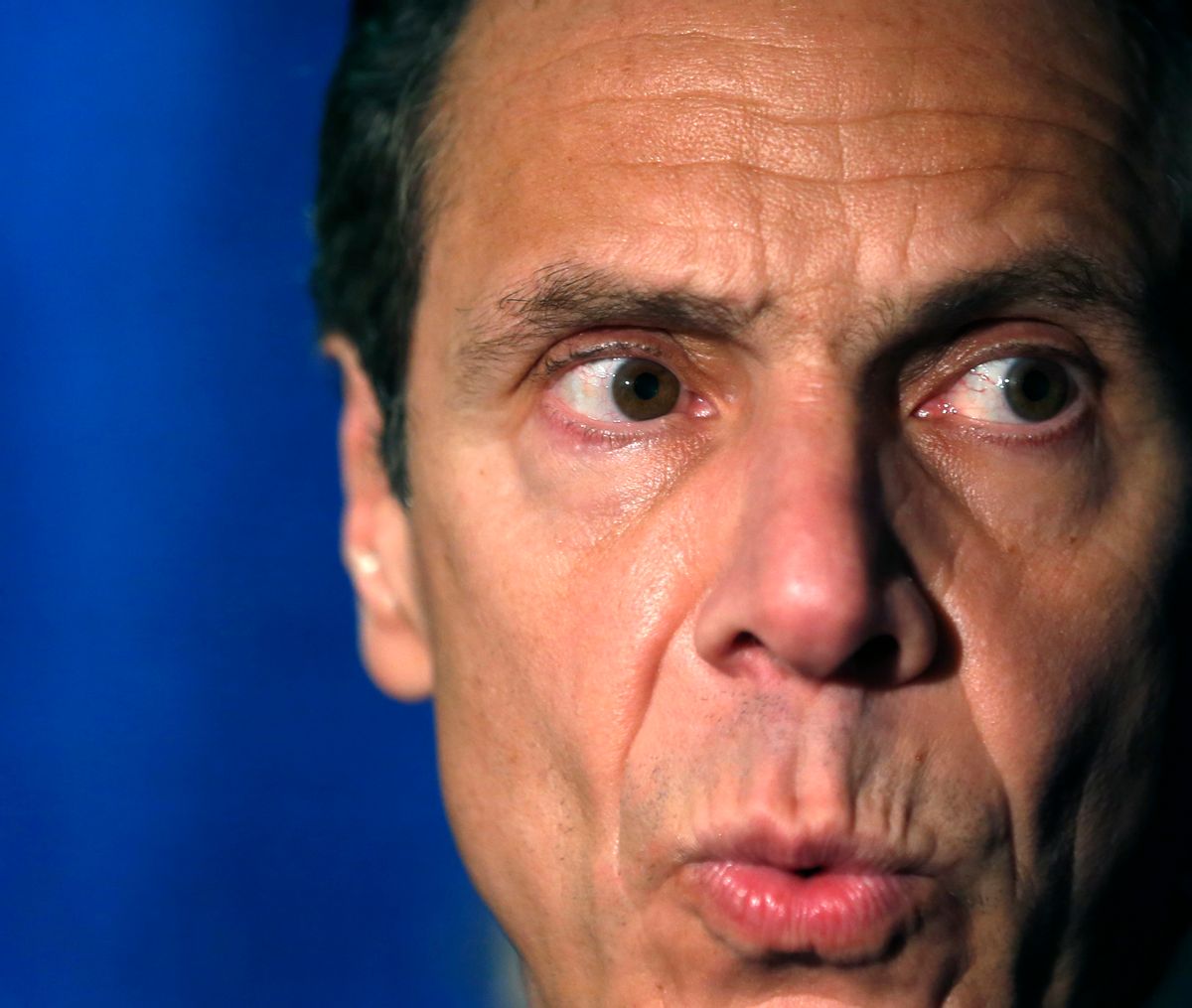 In this Oct. 1, 2014, file photo, New York Gov. Andrew Cuomo speaks in Albany, N.Y. After a hard six months during which he appeared flummoxed by corruption allegations and an embarrassing primary battle, New Yorks governor is actively raising his profile, fueling speculation about whether he is already looking beyond his bid for a second term or just trying to run up the score. (AP Photo/Mike Groll, File) (AP)
--

"I'm not a scientist": It's not just a cop-out for climate deniers anymore! New York state Gov. Andrew Cuomo trotted out the much-maligned non-answer in a debate Wednesday night, Buffalo news station WIVB reports, when asked whether he supports lifting the state's six-year moratorium on hydraulic fracturing, or fracking.

Which is all well and good, except for the fact that it's not the scientists who are in charge of making decisions like, say, whether or not to allow fracking in New York.

And as Cuomo's opponent, Green Party candidate Howie Hawkins, pointed out, he hasn't exactly been leaving the science to the scientists. A recent report from Capital New York found that the Cuomo administration had been interfering with politically inconvenient research, providing “unusually extensive feedback” to U.S. Geological Survey scientists that, while not substantially changing any findings, did appear to soften their implications.

“Mr. Cuomo says he’s waiting for the science but when some science came back from the U.S. Geological Survey, his administration wanted to change the results,” Hawkins argued. “They suggested edits and delays. So what is it?”

The science, by the way, is still out on the full health and environment implications on the effects of fracking, owing in large part to a dearth of research. But it certainly hasn't suggested that the unconventional drilling method is benign. Aside from the societal ills that occur when gas-rich regions transform into boom towns, studies have documented water pollution, air pollution and even earthquakes in states where fracking is currently taking place; a recent one found that people who live near fracking wells are more likely to report health problems like coughing, nosebleeds and unexplained hair loss.