The new PSA has a spot-on script. But will it lead to the dialogue and hard work needed to end violence? 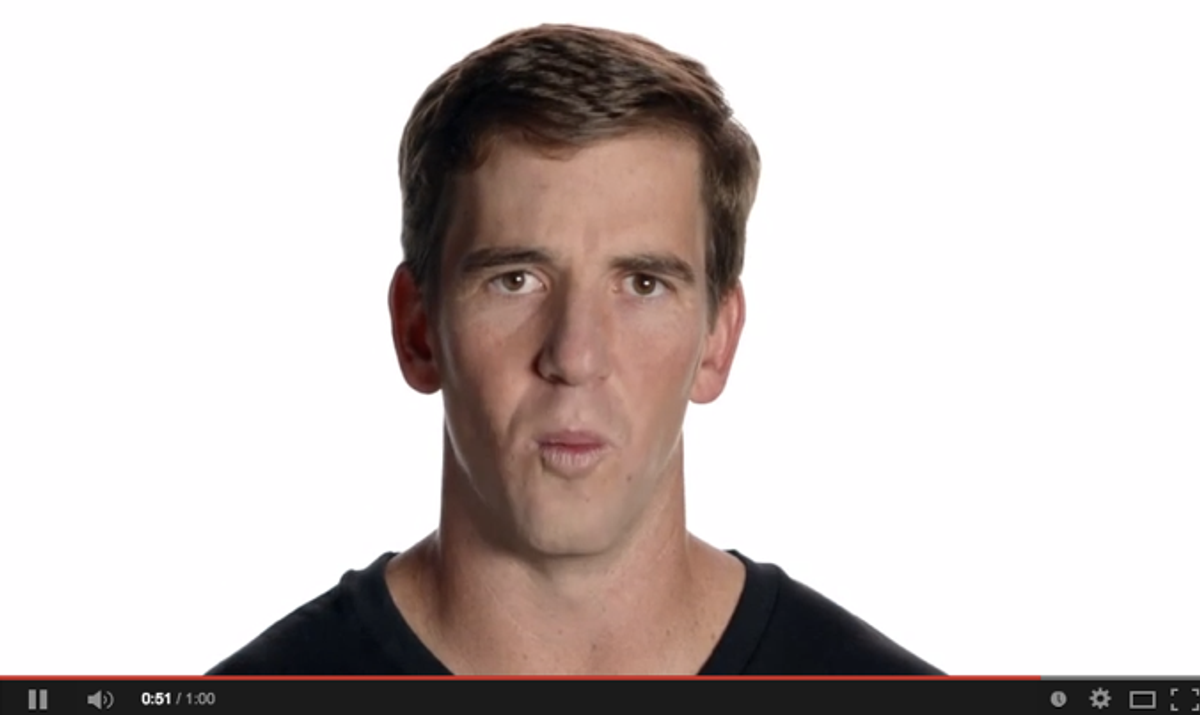 Starting tonight, ads for a new campaign against domestic violence and sexual assault are set to air during NFL broadcasts. One of the spots features current and former NFL players like Eli Manning and Cris Carter listing off the excuses men (and women) use to dismiss or ignore the issues. "No more, why doesn't she just leave?" "No more, boys will be boys." "No more, that's just the way he is." "No more, but he's such a nice guy."

In some ways, it's just another PSA. Some good P.R. for a league desperate to shake its image as a haven for violence against women. But the campaign's power might be in the truth of the script -- these are the excuses people use to ignore violence. And the fact that these scripted words are being spoken by men who might need a vocabulary to talk about domestic violence among their peers.

Last month, Carter gave a powerful and emotional account of his own experiences with violence in his family. It was raw, unscripted and made a powerful point: He was raised in a violent household, but promised himself not to replicate that violence in his own home. His mother was abusive, he said, but was also "doing the best she could do." But, he continued, "This is the 21st century; my mom was wrong … And I promise my kids I won’t teach that mess to them. You can’t beat a kid to make them do what you want them to do.”

The question here is whether that kind of sincere dialogue -- about patterns of violence, about the things we try to ignore or forgive in the people we love -- is happening in the real lives of the players featured in the ad. The PSA might be giving these men the vocabulary to start those conversations, but nothing's going to change unless they bring it into the locker room and start doing the work. That's a far more daunting task than looking into a teleprompter and saying, "No more."