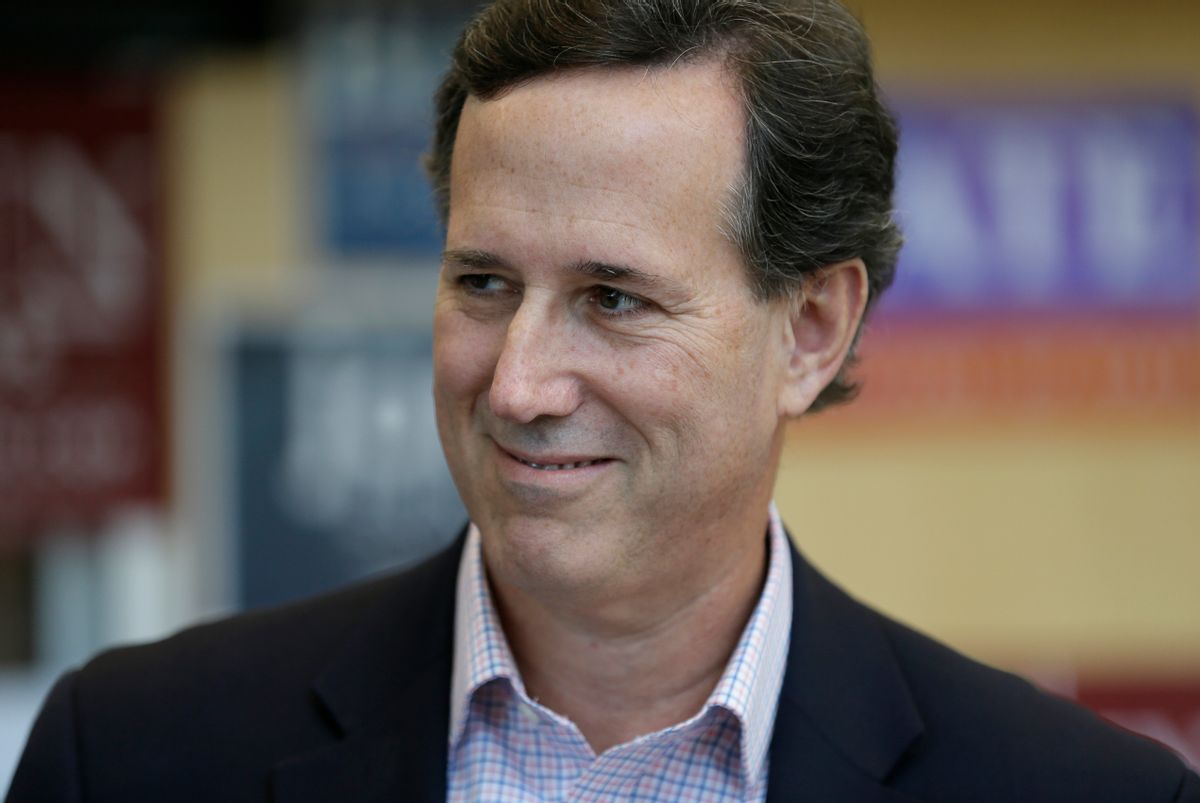 Rick Santorum shared some fairly optimistic thoughts on Wednesday about the future of the religious right, arguing that young people could be convinced to share his anti-gay conservatism if only it weren't for the "rabidly secular" statists who seem to have convinced the demographic not to vote for homophobes. In an interview with Family Research Council president Tony Perkins, the former senator and presidential candidate blamed secularists for "silencing" the church and doing whatever it takes to steal away young voters.

“I really believe in this subject matter at hand with the gay community that a Judeo-Christian worldview cannot survive with a worldview that is as rabidly secular as this movement is,” Santorum said. “One is going to battle the other and I can tell you that the statists, these secular statists, do not want the competition that comes from the church and so they are going to do everything they can to marginalize them, to force them out of the public square to be quiet.”

Santorum went on to describe the religious right as being pushed aside by members of the LGBT community, which he believes stifles the dissemination of Christian conservative viewpoints. “The arguments are being won among young people," he said. "We are losing in this particular area among young people not because we’re out there and competing, it’s because they have effectively silenced the church on a lot of those issues and young people don’t even know what the opposing view is on these issues," with "these issues" presumably being liberties Santorum does not believe people should access, such as marriage equality, contraception or abortion.

Listen to Santorum's exchange with Perkins, via Right Wing Watch, below: