A new program to fight homlessness in New York City could help thousands, but excludes some of the most vulnerable 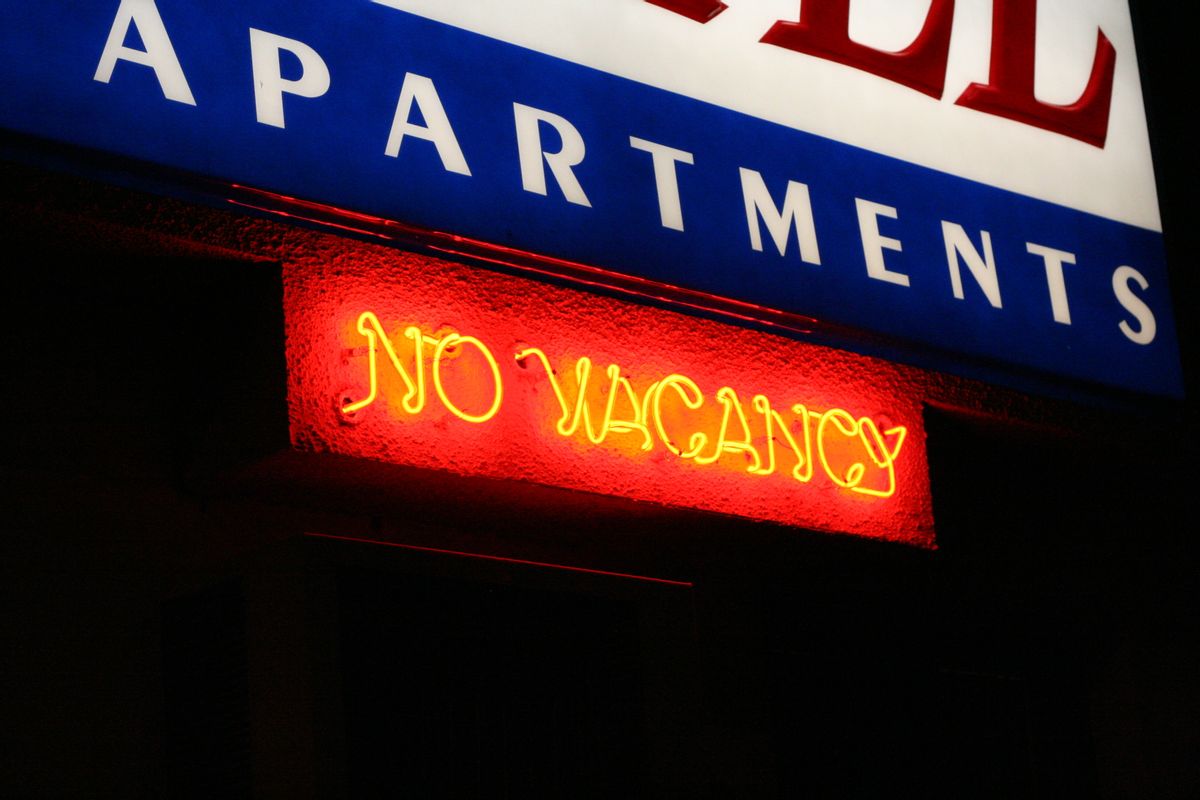 A new program to provide rent subsidies to homeless families in New York City could go a long way toward combating a housing and homelessness crisis neglected by the previous administration, providing access to permanent housing to 4,000 homeless families. But advocates say it leaves out some of the city's most vulnerable. As Alex Campbell at BuzzFeed reports, the program excludes victims living in domestic violence shelters if they also have full-time jobs. In order to qualify, women in the city's domestic violence shelter system have to be on public assistance, putting many in an impossible situation. “Do I just quit my job, to get an apartment?,” one of the women excluded from the program told Buzzfeed.

The Living in Communities program only includes people with full-time jobs if they are living in homeless shelters, so while a family living in a domestic violence shelter may be in the same financial situation as another family in a homeless shelter, they don't have access to the same resources. According to the city, 85 percent of the women in the city's domestic violence shelters are on public assistance and eligible. But the issue of women in shelters with full-time jobs is one that the administration of Mayor Bill de Blasio says it's aware of and plans to adopt a "case-by-case" approach to address while it rolls out the full program. As it stands, there around 150 domestic violence victims who might fall between the cracks.

Domestic violence is deeply intertwined with homelessness in the United States. According to data from the National Network to End Domestic Violence, nearly 40 percent of victims will experience homelessness at some point in their lives. "People have to leave their existing home on an emergency basis to escape potential mayhem and possible death," Steve Berg, vice president for programs and policy at the National Alliance to End Homelessness, told the Desertet News in 2013. "People are running from violence, and that is the immediate cause of their homelessness."

For those women who are able to find a spot in transitional housing, financial stability and reliable housing outside the shelter system remains an issue, which is why advocates are insistent that affordable housing, a living wage and other social support programs have to be central to any discussion of domestic violence. But access to affordable housing is dwindling across the country. According to data from the National Affordable Housing Coalition, there isn't a single state where a person could afford a market rate two-bedroom apartment on the current minimum wage.

Affordability is what left the woman who spoke to BuzzFeed wondering if she should return to her abusive relationship in order to get out of the shelter system. She ultimately decided against it, but has now been in the system for 20 months. She told BuzzFeed she wants to find permanent housing for herself and her two sons, but as it stands now, she can't afford the rent on her own. She currently makes $16 an hour, but according to data from MIT, a living wage for a single parent in New York City with two children is more than $32. Which is precisely why women in these situations are often left with few options beyond the shelter system or returning to the dangerous homes they fled.

Updated: This post has been updated to reflect the number of rent vouchers provided through the program and the percentage of women in the city's shelter system who are on public assistance.