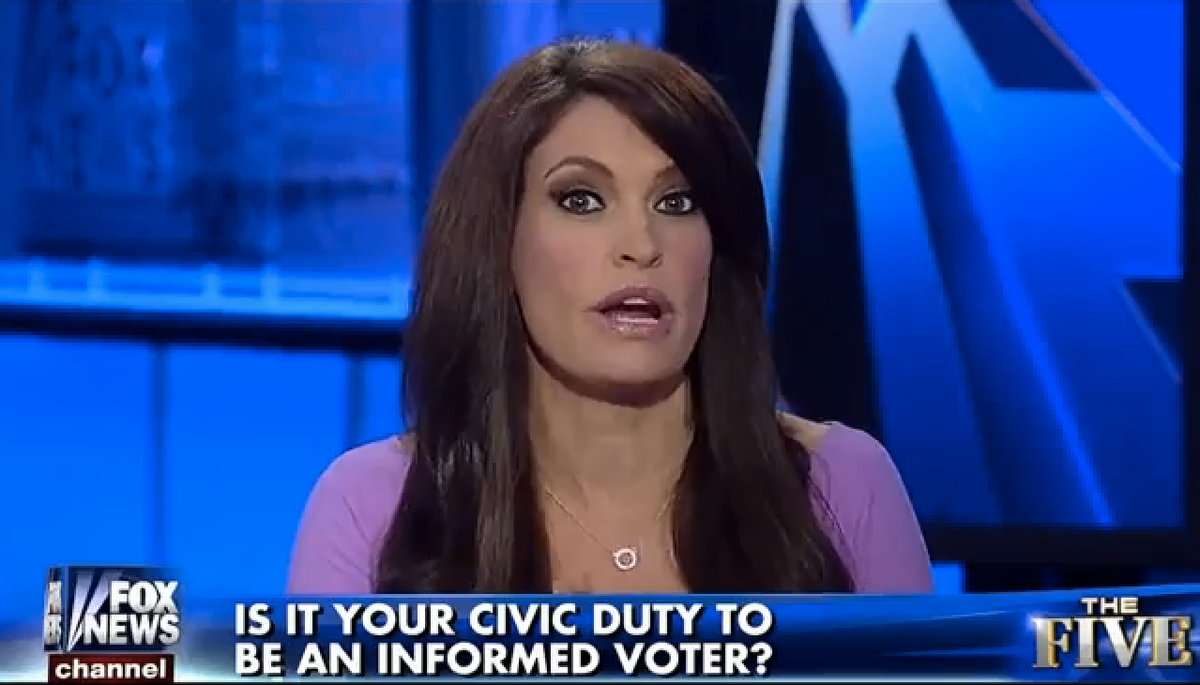 The panelists on Fox News' "The Five" took a moment out of their program on Thursday to address the controversy over comments made on the show earlier in the week, when co-host Kimberly Guilfoyle said she would "thank and excuse" young women from certain civic duties "so they can go back on Tinder and Match.com." Several media outlets, including Salon, noted Guilfoyle's assertion that young women "don't get it" when it comes to jury duty or voting, which panelists said was "taken completely out of context."

"There's a suggestion that Kimberly said young women shouldn't vote because they're uninformed," co-host Dana Perino began. "She was talking about, if you're a prosecutor, and you're prosecuting a case and you have to pick a jury, you typically do not pick a young woman because she won't be the person you would want. That's true across the board."

"So you're saying to get out of jury duty I should cross-dress?" co-host Greg Gutfield quipped.

The panelists went on to criticize the "liberal media" and "militant feminism" for either launching or ignoring "attacks" on conservative women, accusing both of failing to focus on the issues of crimes against women, children and minority communities. The panelists did not address the fundamental assumption of young women's ignorance (or young people in general) required to suggest that they be dismissed from civic duties.

Watch the segment at Fox News.