"I don't trust politicians and corporations in this country," Brand told the BBC 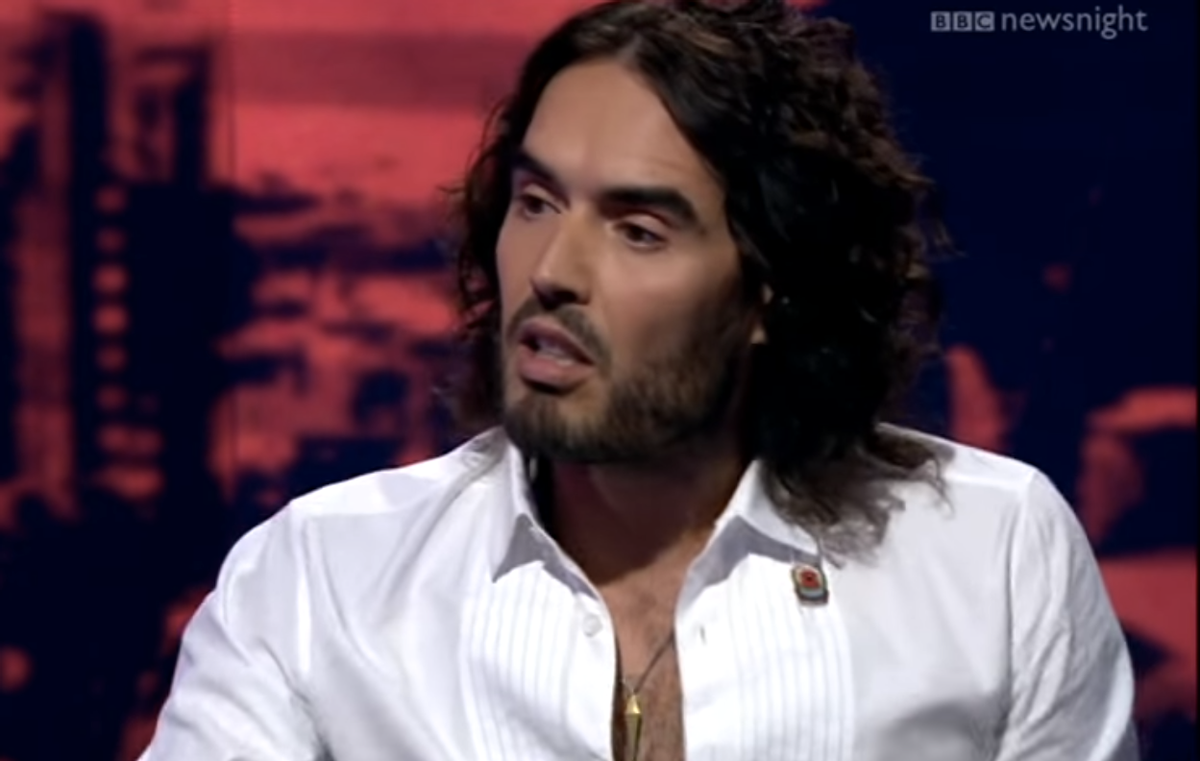 Comedian and actor Russell Brand stated that he is "open-minded" to conspiracy theories about the 9/11 attacks. Brand appeared on BBC2's program "Newsnight" this week to promote his new book, "Revolution," where he had an often-heated discussion with host Evan Davis.

Toward the end of the interview (at the 11:30 minute mark on the video below) Davis pressed him about a 9/11 reference in the book.

"In the book you refer to the destruction of the twin towers in New York -- 9/11 -- as what some people say looked like a controlled explosion," Davis said. "One might read that as you giving some credence to conspiracy theories."

"You can read the book in whatever manner you would like to, Evan," Brand replied.

Davis then asks more directly about what Brand believes about the 9/11 attacks, which killed over 3,000 people.

Eventually Brand ended the 9/11 line of questioning by saying he did not want to discuss "daft" conspiracy theories.

This was not the only time that Brand dismissed or steamrolled a question from Davis. The entire interview was very intense and fascinating. Watch below.