Colorado gubernatorial candidate Bob Beauprez's record on "choice" is bad. His record on access is worse 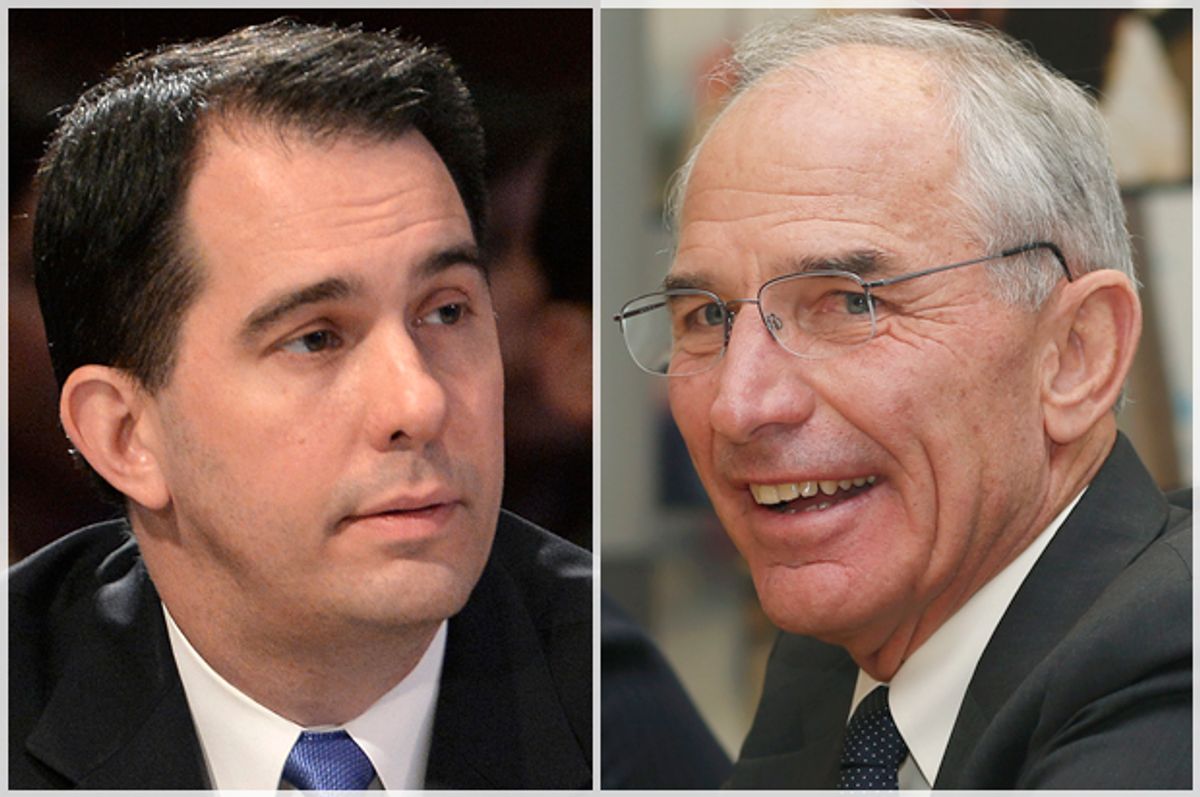 Colorado's Republican gubernatorial candidate Bob Beauprez is the latest in a line of Republican men to pretend to support abortion rights and access to contraception when he doesn't actually support abortion rights or access to contraception. (It's kind of a thing right now. Like pumpkin spice.) As Mother Jone's Andy Kroll points out, Beauprez said Wednesday, when asked about his views on abortion and contraception, "I respect people's opinion, women's right to that choice." He went on to explain, "I don't want to run somebody else's family and make decisions for their family, their life; I want them to have the opportunity and the freedom to do that themselves."

That's a nice thing to say, but it's a hard position to square with Beauprez's record as a legislator and on the campaign. Like how, in 2005, Beauprez was a co-sponsor of an measure that would give clusters of tissue legal rights. (Personhood initiatives have failed twice in his state, but a similar amendment is on the ballot again this year.) Or how he's maintained his personal opposition to all abortion and considers it a tragedy. And how he also wants to defund Planned Parenthood and is "no big fan" of the Affordable Care Act.

Scott Brown in New Hampshire is trying to play the same game. So is Wisconsin Gov. Scott Walker. It is ridiculous that these banana brains think they can fool voters, of course. But what the GOP's pro-choice dress up game also underscores is the limits of "choice" as a framework when talking about reproductive freedom. As reproductive justice pioneers like Loretta Ross have long made clear, when it comes to bodily autonomy, an intersectional analysis of access and power is far more essential than a concept like choice. Because choice is meaningless when access is impossible.

So beyond Beauprez's previous support of a personhood measure that would criminalize abortion and possibly some forms of birth control, the rest of his views would be a disaster for reproductive justice.

Colorado has fewer legal restrictions on abortion than other states, but even in a comparatively progressive place, whether or not getting an abortion feels like a choice depends on a lot of other stuff. So let's say you're a person in the state who needs to access abortion care. And let's say you're broke. (Around 13 percent of women in Colorado are living in poverty.) If you're a public employee, your insurance won't cover your care. And if you're on Medicaid, abortion coverage is only available in cases of rape, incest or life endangerment. A first trimester abortion costs around $400. If you're making minimum wage and, say, supporting two kids, it's going to be a struggle to come up with that money right away, if you can come up with it at all.

This is something that a living wage standard could help with. But here's what Beauprez thinks about raising the minimum wage (which is different than anything even approaching a living wage):

This [minimum-wage increase proposal] is always presented as being on the sides of the angels, but it’s folks on the lower-income rungs that are on the short sides of the stakes when there are less jobs available. If you want to give people the chance to earn a higher wage, they you ought to be adopting policies that expand economic opportunities.

Now let's say that you are able to pull together the money to pay for the first trimester abortion that's going to cost you $400 out of pocket. You're probably going to need to take a day off work to have the procedure. Colorado state law doesn't require or prohibit employers to provide paid time off if you're sick or need medical care, so it's up to your boss if you get paid or not. But Beauprez is not so hot on the idea.

Then there's driving and gas money. Or finding childcare while you're getting the procedure. It's really easy to come up with other examples of barriers to access when you remember that people who need abortion care are people with lives, families and jobs that don't just disappear when they decide to terminate a pregnancy.