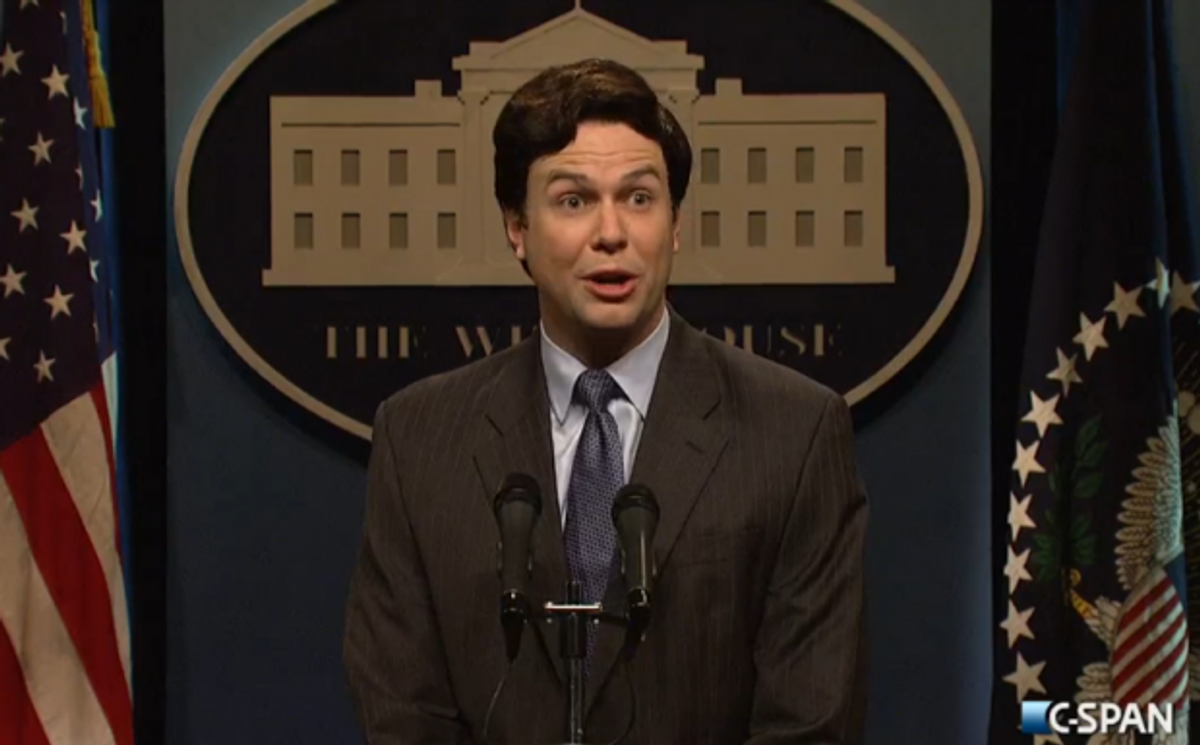 During a White House press conference, President Obama -- played by Jay Pharaoh -- sought to reassure members of the media and the American public about the administration's handling of the Ebola outbreak.

"Now, some people want to criticize the way our administration has handled this crisis. And it’s true, we made a few mistakes early on," Obama conceded.

"But I assure you, it was nowhere near as bad as how we handled the ISIS situation. I mean, our varied Secret Service mishaps, or the scandals of the IRS and NSA. And I don’t know if you guys remember, but the Obamacare website had some pretty serious problems too. In fact, if you look at all the stuff that’s happened my second term, this whole Ebola thing is probably one of my greatest accomplishments," the president added.

Then it was Klain's turn to meet the press. Played by SNL's Taran Killam, Klain dealt with such topics as his lack of experience with public health issues.

“Yes, yes, that is true. I am not a doctor," Klain admitted. "But to be fair, I did serve as chief of staff to Vice President Joe Biden, so I do have a little experience with something called foot-in-mouth disease."