"A gluten-free cake is still a cake": How our latest nutritional boogeyman duped us

Why are Americans so resistant to hearing the sensible answer when it comes to food? 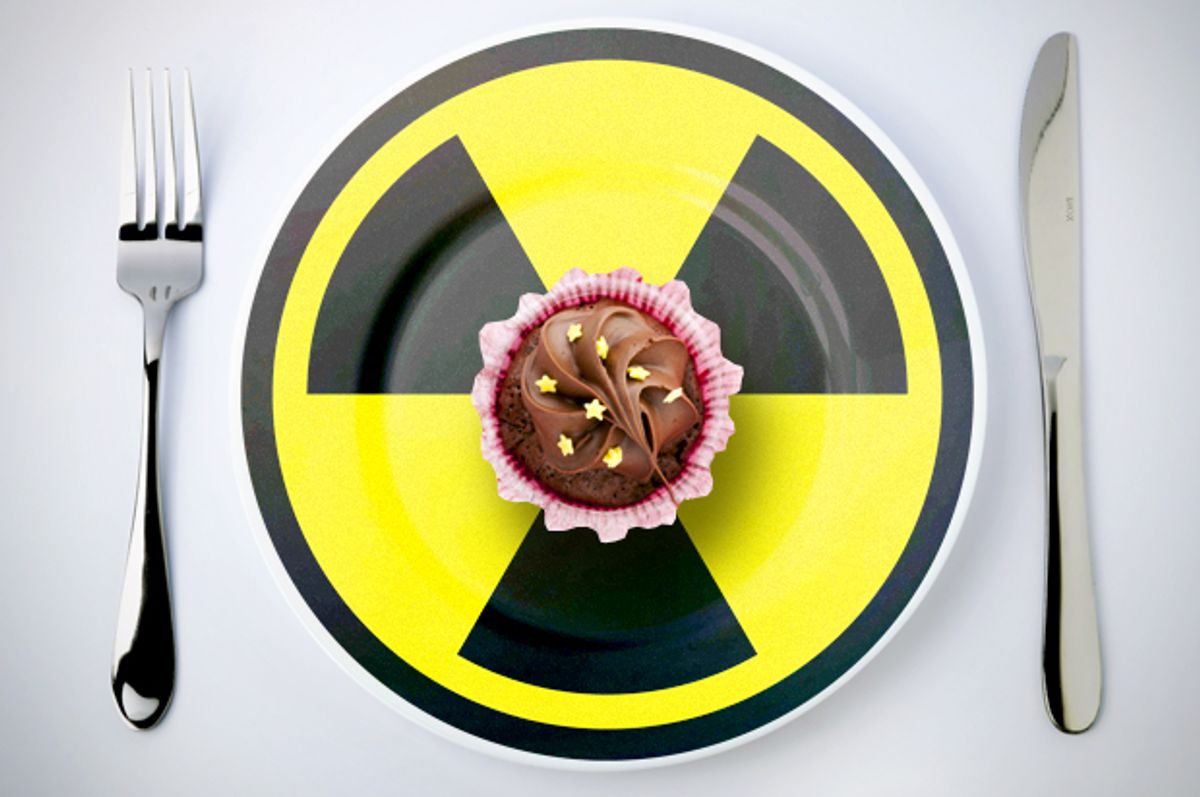 Ten years ago, most people would have needed a translation for the complaint “I got glutened!” Today, it’s a rallying cry, not only for the 1 percent of the population diagnosed with Celiac disease, which makes the gut intolerant of the wheat protein gluten, but also for those suffering from what Michael Specter calls gluten anxiety in his extensive gluten investigation in the New Yorker. “Should you go gluten-free?” asks Specter’s new article, titled “Against the Grain." While the sensible answer is likely, “Well, if you suffer from a disease like irritable bowel syndrome, maybe ask your doctor if you should give it a try,” the idea of “gluten anxiety” raises a persistent question: Why are Americans so resistant to hearing the sensible answer when it comes to food?

Unlike the quotidian "pasta," “Gluten” is a science word and we believe in science’s ability to cure us of all of our self-inflicted ills, even if our science comes not from research, exactly, but from listening to the trend-jumper in the next cubicle gush about how great he feels now that he’s embraced a gluten-free lifestyle, a now-familiar scene lampooned with vigor in a recent "South Park" episode titled “Gluten Free Ebola.” (Mr. Mackey: “Sorry I’m late, I had to stop and get my own breakfast because I figured y’all would be having doughnuts but I’m actually gluten-free so I can’t have doughnuts mmkay!”)

“In Defense of Food” author Michael Pollan can caution Americans to “Eat food. Not too much. Mostly plants” until he’s blue in the face, but we’re still looking for that silver bullet that will allow us to eat as much of whatever we want, whenever we want, and not feel any adverse effects. In his article, Specter points out that for many, “avoiding gluten has become a cultural as well as a dietary choice,” a telling phrase that points to the rebranding of what would otherwise be just another infrequent, unfortunate dietary restriction for people suffering from a handful of legitimately awful gastrointestinal diseases like colitis, Crohn’s and Celiac.

After all, America’s two big wheat staples, bread and pasta, have been on the dietary shame list since Robert Atkins released his revised “Diet Revolution” in 2002 and ushered in an era of no-carb living. Everyone knows someone who once evangelized the practice of eating any and all red meat — itself a nutritional boogeyman, once upon a time — as long as no carbohydrates passed the lips. It’s a trend that feels impossibly retrograde now. For every person who asks for the gluten-free menu because they have a definitive diagnosis, there are likely more at the table who want to cut back on carbs but don’t want to be lumped in with those vulgar KFC Double Down types. Consumers can bundle gluten-free food in the same lifestyle package as organic cotton clothing, meditation classes, and public radio memberships.

And anyway, denial is so last decade. The new healthful you (not healthy, that sounds like fat) is all about embracing virtuous abundance — exclaiming “yes!” to life instead of murmuring a demure “no” to indulgence. Prominent gluten-free blogger Shauna Ahern, who writes the Gluten-Free Girl line of cookbooks, nails the gentle sigh of the no-wheat warrior: “Here. Now. Raspberries.” she titles a post about finding joy and no longer “waiting for the right moment to breathe” in the midst of writing her latest gluten-free cookbook.  It’s a tone that sits comfortably with the organic cotton crowd. But nobody needs to buy the products of a gluten-free guru to know that raspberries, along with so many naturally healthful foods, don’t contain wheat proteins from which one must be liberated. Enter the products — the classes, the cookbooks, the pre-packaged foods and mixes. We’ve had such a rough couple of decades. Is it wrong to want to practice self-care in the form of cinnamon rolls? We just have to eat the right kind of cinnamon roll.

But gluten anxiety is real for the really gluten-intolerant. The trendiness of the gluten-free diet (a $15 billion industry now) can mean a fast-and-loose approach to labeling and preparation with a margin of error that can make a GI disease sufferer, unlike the casual dieter, legitimately sick. It’s not as easy as passing on the bread basket. Wheat, as Specter reports, is a hidden ingredient in many unsuspecting foods, including gravies, spreads, even soy sauce. When a truly gluten-intolerant person “gets glutened,” he or she will know it. It’s not the same as feeling queasy and sluggish because I just ate a huge and rich (presumably gluten-free, but was it?) meal. Just as in the low-fat craze of the '80s, Specter’s article points out that if you remove an ingredient that makes food taste good, you have to replace it with something, especially if the point is to indulge, not deny. Too often, that something is just another kind of refined carbohydrate, too ripe for over-indulgence. As Specter says, “a gluten-free cake is still a cake.”