Michelle Nunn has a decent shot at winning outright on Nov. 4, sparing the country and party a two-month runoff 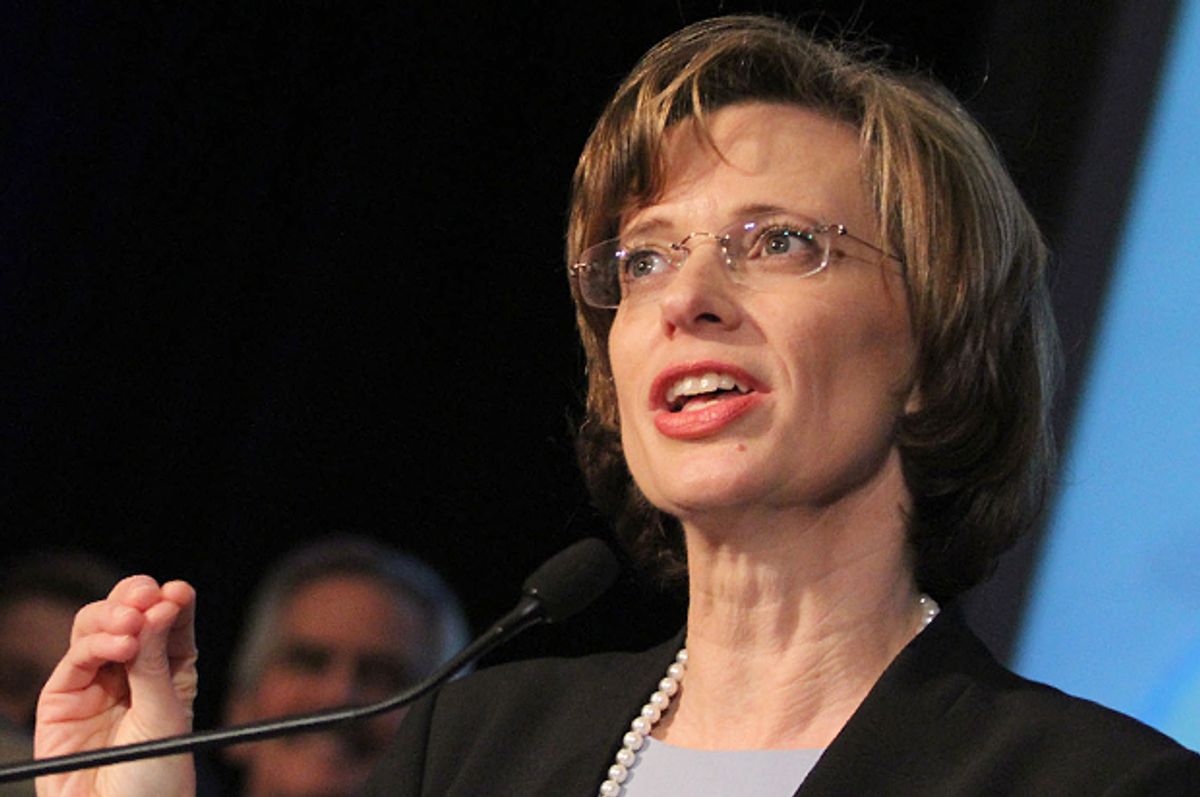 Democrats' chances of retaining the Senate hinge on a slew of little "ifs" breaking their way.

A little "if"  is something that's plausible, if not exactly something you'd bet the farm on. A big "if" would be something that's a total long shot, a major and unforeseen #disruptor. A big "if" would be, say, hoping that Republican candidate in Arkansas, Louisiana or Alaska offers a piping hot contrarian take on rape during a debate. Not something you can count on, although not unprecedented. A little "if" would be a realistic possibility -- but just a possibility -- coming true: that Colorado polls underestimating Democratic turnout in 2010 and 2012 are doing it once again; that the Democrats' lauded Iowa ground game will be enough to overcome Joni Ernst' modest but consistent polling lead in Iowa; that Greg Orman can survive "Pat Roberts' surge" in Kansas and be sufficiently bribed by Harry Reid into caucusing as a Democrat.

The most straightforward of the little "ifs," though -- and look, sorry, we'll be done with this tedious semantic exercise in just a second -- is in Georgia. If Michelle Nunn can win her Senate contest outright on Nov. 4, Senate Democrats' lives will be a lot easier.

Nunn has eked out a barest-of-bare margin in Georgia. When the 2005 deposition in which Perdue, a fancy businessman, described how he's spent "most of [his] career" outsourcing leaked a few weeks ago, some hack pundits suggested that this might be a rare, real-life encounter with a Game Changer. So it has been. Nunn has led in four of the last five Georgia Senate polls, and the Real Clear Politics polling average gives her a slim 1-point lead overall.

Whenever Democrats begin to get excited about Georgia, though, the realities of Georgia election law get in the way. If a candidate doesn't receive a majority of votes on Election Day, the race heads to a runoff. A distant runoff at that -- Jan. 6, 2015, three days after the rest of the new Congress is sworn in. Given how close the race is, Libertarian candidate Amanda Swafford may only need to win a few percentage points in order to throw Nunn and Perdue into Round Two. The conventional wisdom is that Perdue would have the advantage then, since it's Georgia, a red (albeit drifting purplish) state with red-state machinery.

It would be a hell of a thing, then, if Nunn could just win this outright. And it's not impossible, according to the New York Times' Nate Cohn, one of those math people who knows everything. He writes about an outright victory for Nunn being a "distinct possibility" for the first time -- largely because libertarians tend to go all "meh" on Election Day:

The most important variable is the minor party vote. For Ms. Nunn to break 50 percent, she needs to top Mr. Perdue by a margin equal to or exceeding the number of votes won by the Libertarian candidate Amanda Swafford. Polls show Ms. Swafford has been attracting about 4.5 percent of the vote, which would make an outright Nunn victory very challenging.

But Ms. Nunn’s odds might be a little better than the polls suggest. If Ms. Swafford were to win 4.5 percent of the vote, it would be a rare showing by a Libertarian candidate in Georgia.

In Senate contests since 2002, minor party candidates have attracted 2.7, 3.4, 2.1 and 1.4 percent of the vote. My guess is that Ms. Swafford’s share of the vote is likelier to finish in this range.

If Nunn can win outright and Democrats can find a way to retake Colorado and Iowa, they'll have the 50 seats they need to retain the majority without having to worry about runoffs or what happens in Kansas. (This assumes all of the other forecasts hold, of course: that Kay Hagan is able to finish off Thom Tillis in North Carolina, and that Jeanne Shaheen is able to fend off Scott Brown in New Hampshire. New Hampshire is a whole big thing now.) This seems like the simplest path to "victory" for the Democrats this November, if losing a handful of Senate seats overall can still be considered a victory.

That scenario is still a big "if," though. Or is it a little "if"? We can't remember what we were babbling about. It is definitely something, is what it is.