After relying on out-of-court settlements to skirt big consequences, banks have finally met their match. Here's why 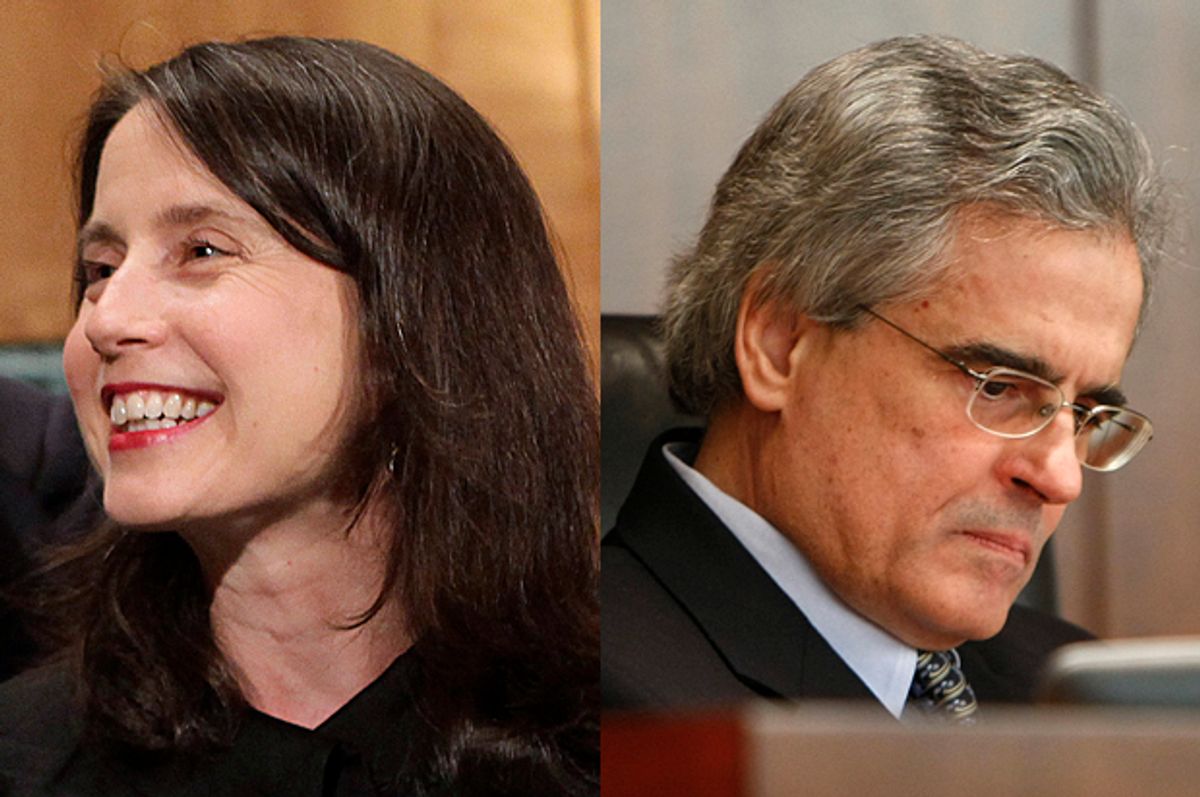 In August, the Justice Department announced a $16.65 billion settlement with Bank of America over the fraudulent sale of mortgage-backed securities (in reality, the cost to the bank is significantly lower). But two months later, one small part of the settlement has not been finalized in federal court: a $135.84 million cash distribution to the Securities and Exchange Commission. The reason for the holdup could raise the stakes for financial institutions that commit fraud, and over time stabilize the system as a whole, simply because two SEC commissioners have dared to try to maintain the consequences for misconduct.

Under current SEC rules, financial firms that settle fraud investigations automatically incur a number of additional penalties. Many of these mandatory actions date back to the creation of the SEC during the Great Depression. The SEC can ban institutions from managing mutual funds, prevent them from working with private companies to find investors, and force SEC approval for any stocks or bonds that the firm issues on its own behalf. These penalties and disqualifications cut into profits, and in many ways can be as damaging as the settlements themselves.

The problem is that these supposedly automatic penalties are routinely waived. Given that the settlements themselves are so porous, this robs the SEC of a critical tool to deter misconduct, by layering on additional costs, and increasing scrutiny of future activities. And the waiver benefits appear to go disproportionately to those firms big enough to hire fancy lawyers and lobbyists. One large financial firm received an astounding 22 waivers in a 10-year period.

Kara Stein, a Democratic Commissioner who previously served as a Banking Committee aide to Sen. Jack Reed, has openly rebelled against the waiver policy since arriving at the SEC in August 2013, voting against waivers on five occasions. This April, she went public with a blistering dissent against a waiver for Royal Bank of Scotland, after the criminal conviction of their subsidiary over rigging the London Interbank Offered Rate (LIBOR). Thanks to the waiver, Royal Bank of Scotland could continue to offer securities to investors as a “well-known seasoned issuer,” without SEC approval of each offering. This was the 30th such waiver since 2010, 29 of which went to large institutions and broker-dealers. “I fear that the commission’s action to waive our own automatic disqualification provisions arising from RBS’s criminal misconduct may have enshrined a new policy,” Stein said, “that some firms are just too big to bar.”

Stein, a pro-reform regulator whose insistence on loophole closures significantly improved the final Volcker rule, has persuaded Luis Aguilar, her Democratic colleague, to agree with her stance that automatic penalties from civil or criminal misconduct should not be waived. “The commission and its staff should not be in the business of rubber-stamping and approving all waiver applications simply because a request is made,” Aguilar has said.

The two were able to change SEC policies on waivers, forcing signoff by the commissioners rather than at the staff level. But because SEC chairwoman Mary Jo White typically voted with the commission’s two Republicans, the waivers continued to go through.

In the Bank of America case, however, White had to recuse herself from the decision. As a private attorney, White represented Ken Lewis, who was CEO of Bank of America at the time that they fraudulently sold mortgage-backed securities to investors without disclosing the poor quality of the underlying loans. So without her vote, the commission is deadlocked at 2-2, threatening Bank of America’s ability to secure the waivers.

The penalties kick in as soon as a judge approves the settlement, so Bank of America has sought to delay approval, pending the status of the waivers. As long as Stein and Aguilar hold firm, the sanctions will trigger, or the entire SEC settlement will disintegrate, creating more legal exposure for Bank of America.

According to Bloomberg, while the mutual fund waiver will likely go through, Stein and Aguilar are holding the line on the waivers to allow Bank of America to help private companies find investors, and to issue securities without SEC review. And the industry is simply shocked. “Until recently, the waiver issues were never viewed as the least bit controversial,” said Jon Eisenberg, a partner at white shoe law firm K&L Gates.

What should be shocking is how the waivers became so routinized in the first place. These automatic penalties have a long history, with the goal of protecting investors and markets. Clearly in this case, Bank of America violated those standards, with investors paying a heavy price in losses on mortgage securities. Why should Bank of America subsequently retain their “well-known seasoned issuer” status to avoid SEC review, the equivalent of what commissioner Kara Stein calls a “Good Housekeeping Seal of Approval”?

“We have a rule that confers a special benefit to issuers that have a good track record,” Stein said in April about the Royal Bank of Scotland case. “If we are going to abrogate our own automatic disqualification provision … then we should consider discarding these provisions entirely, along with the pretense that they have any real meaning.”

Similarly, while banks often help private companies raise capital, nobody suggests that only Bank of America can serve this function. And the law clearly states that a bank loses this privilege when it commits fraud; whining about the sanction as a “blunt instrument” doesn’t change that.

This is actually pretty simple: Financial firms should have to bear the consequences that the SEC has had on the books for decades. This strengthens the impact of fraud sanctions, and creates greater deterrents to future misconduct. If Bank of America doesn’t want to lose access to profit-making opportunities for its business, it shouldn’t break the law in the first place. The SEC shouldn’t be obligated to do the bank a favor when it makes mistakes.

This is especially true when the lawbreakers return again and again for waivers to clean up their unending series of messes. Bank of America has agreed to 51 legal settlements and regulatory fines since 2008. You can see why officials would get the impression that the bank cannot manage its business properly. Adding regulatory scrutiny and effectively cutting the bank down to size serves as a good corrective to that, not to mention a bulwark against future misbehavior. If the law means nothing to Bank of America, perhaps the risk of losing future profits will.

As Sen. Elizabeth Warren said back in April, “Big corporations should not get special treatment when they break the law.” Kara Stein has seized an opportunity to teach Bank of America that lesson, and hopefully she’ll win this battle. In the long run, it will make the entire system safer.