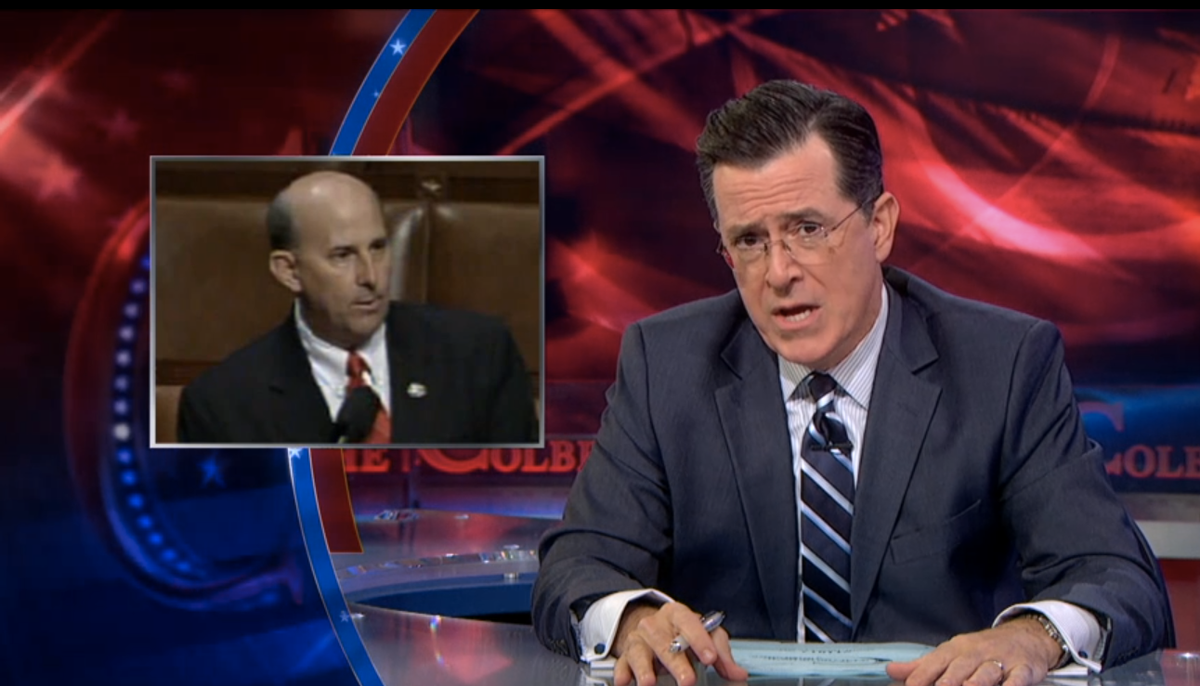 Stephen Colbert eviscerated "confused piece of gnocchi" Rep. Louie Gohmert, on Monday night. Gohmert says "what no one else has the slightest desire to say," Colbert explains.

"Recently Louie made words with his mouth again," Colbert continued. "This time, to explain once and for all, the dangers of gays in the military."

Gohmert made disjointed and ultimately bigoted comments about massages, the ancient Greeks and the ability of gay men and women to serve in the U.S. military. Colbert then dissected those remarks to further reveal how inane they are. Watch below: