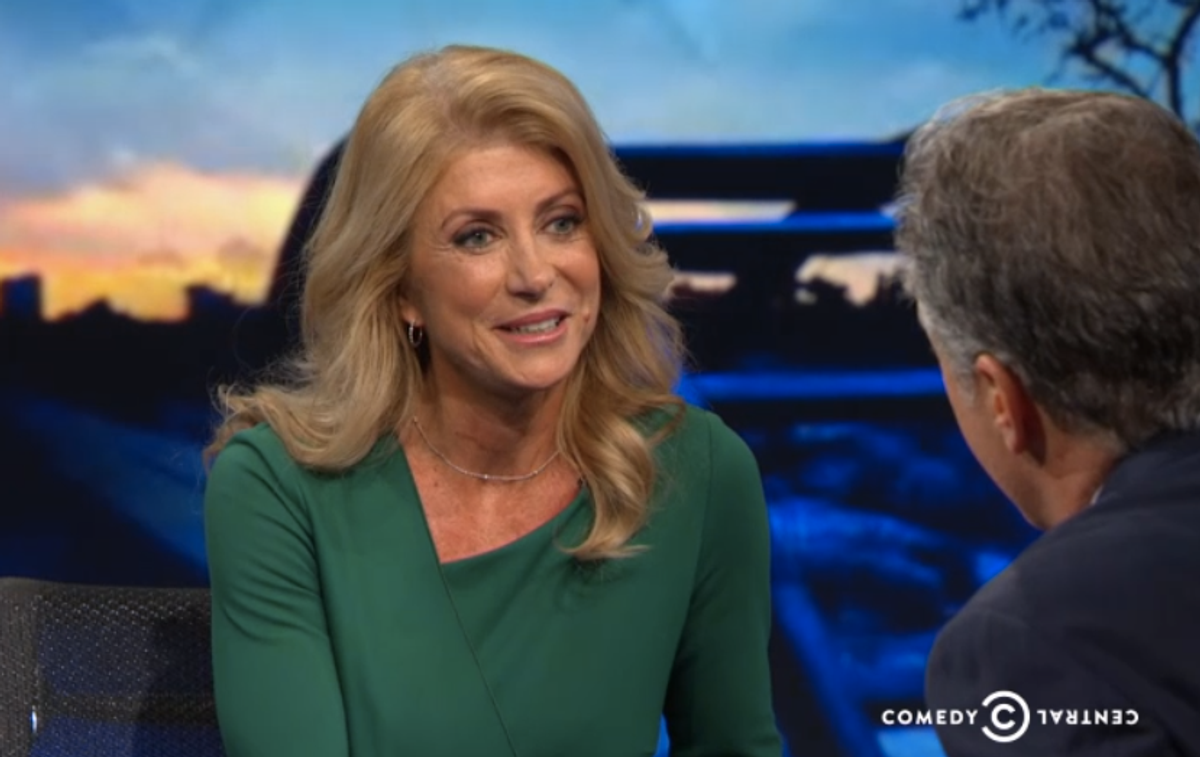 "The Daily Show" is in Austin, Texas this week, so in addition to eating barbecue, Jon Stewart is taking on the question of whether the Lone Star state can ever really turn blue. The host asked none other than State Senator and Democratic gubernatorial candidate Wendy Davis to weigh in on Monday, and she seemed more optimistic than Stewart.

"We've heard a lot about, 'it's flippin' blue,' but it looks like it ain't even flippin' a cool azure," Stewart started.

"It's on its way. It really is on its way," Davis said. She went on to criticize Republican-led redistricting that has resulted in heavily partisan district divides across the state, which Davis cited as a key reason she's running for governor. Or, rather, as a key reason she will be the governor. When asked whether she is entertaining the possibility of defeat, Davis was firm.

"I'm going to be the governor, Jon," Davis said.

Watch Davis on "The Daily Show" below: