The ex-lobbyist hasn't been able to gain any traction against Mark Warner. This new ad will (not) change everything 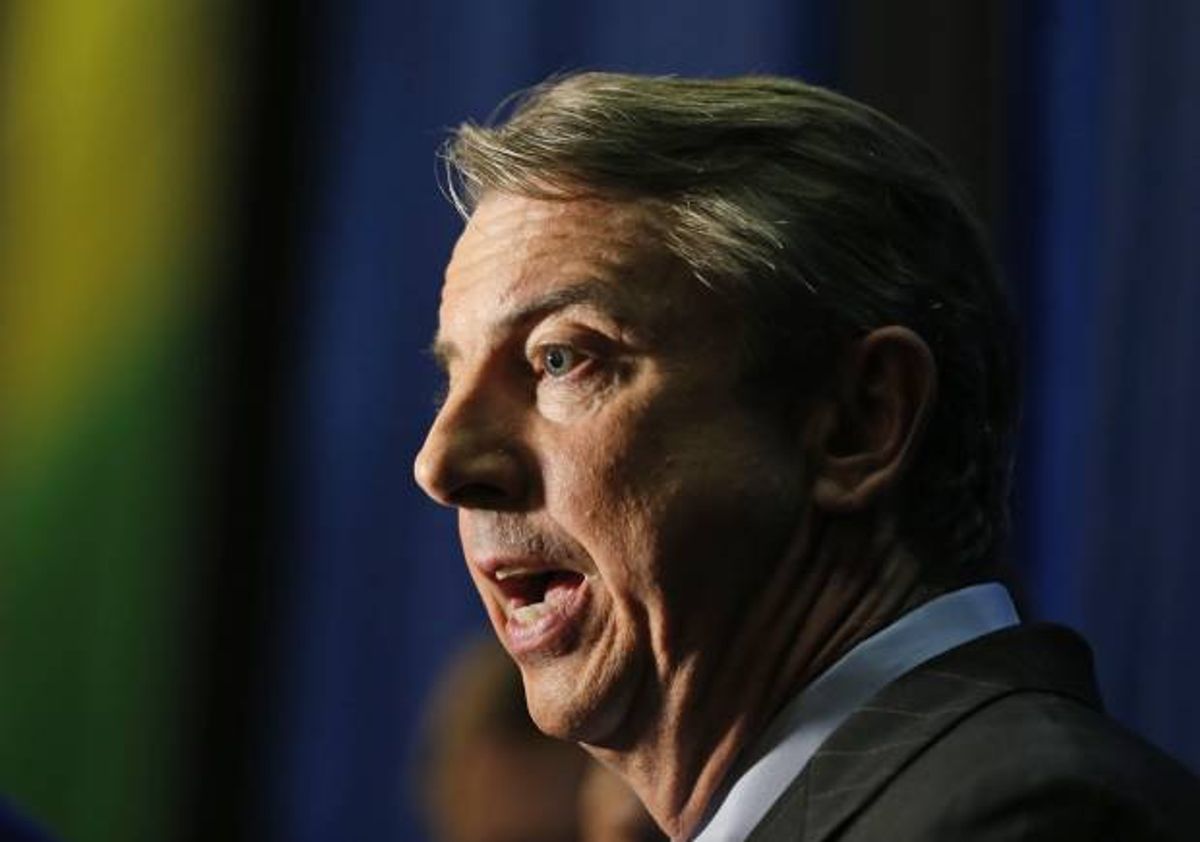 One race that anyone with half-a-sense of how politics works could predict turning out exactly the way it has is Virginia's Senate race. Mark Warner is a relatively popular purplish Democratic senator with access to vast sums of money. His opponent is Ed Gillespie, a walking opposition research pile.

What was the rationale behind the Republican Party getting Ed Gillespie to serve as its nominee? Maybe the idea was that no one stood much of a chance against Warner, so it might as well be a well-connected insider like Gillespie who would at least raise a lot of money. But he hasn't even been able to raise that much money, or attract outside money to support him, because the race has never been anywhere close.

What is an Ed Gillespie? He is a well-known former lobbyist and Republican political operative. Do you see the problem? He's someone for whom a simple description of his career also counts as damning opposition research. Sure, Virginia Gov. Terry McAuliffe had basically the same sleazy background, but he was fortunate enough to be matched up against the worst person in the state of Virginia. Ed Gillespie is running against Mark Warner, who is OK.

Warner hasn't broken a sweat in the process of burying Gillespie in what was, not that long ago, a solidly red state. Whenever Gillespie thinks he's got something, Warner's campaign is just like, "Umm remember when Ed Gillespie was a lobbyist for Enron," and it's over. Gillespie's other honest, God-fearing work includes serving as chairman of the Republican National Committee and counselor to the great George W. Bush. The words "Ed Gillespie" make a roomful of people go silent and shudder. They are the end to a conversation that no one wanted to have. You hear the words "Ed Gillespie," look up at the stars, and ask, Why? What is the point of it all? To live, breed and die?

But perhaps we overly diminish the man. He may be more than the personification of existential crisis. Why, he has a heart -- for the downtrodden. For the victims of discrimination, of prejudice, suffering in silence to the elite media's indifference. The people no one else is gonna care about if you don't do the carin' yourself. We talk, of course, about fans of the Washington Redskins football team, crushed under the jackboot of the p.c. police, pressured to support the unconscionable move of changing a sports team name to something less awful.

I'm not sure I've ever seen an ad quite like this. Tonally, it's similar to most other attack ads: the gravelly voiced narrator, damning newspaper clips, chilling music. But the tale accompanying these dark atmospherics isn't about how a candidate accepted bags of cash from special interest fat cats in 10-gallon hats or went on a murdering spree in the '70s. It's about how he didn't denounce some Senate Democrats' bill that would remove the NFL's tax-exempt status if it didn't force the Redskins to change its name.

What's incredible about this new frontier in desperation isn't just that he's defending a team name that offends a lot of people due to its obvious offensiveness but won't be changed, for mysterious reasons. It's also that the attack has no merit. Warner has said that he "believes that it’s not for Congress to dictate what the league does." He and Virginia Sen. Tim Kaine were two of the handful of Democrats who refused to sign on to Harry Reid's letter to the NFL calling for a Redskins name change earlier this year. Perhaps coincidentally, Warner is the recipient of $5,200 in campaign donations from Redskins owner Dan Snyder this cycle. So, sure, you can argue that Warner is terrible on "the Redskins issue," but for the opposite of what Ed Gillespie is arguing.